The legendary drag artist discusses feeling empowered in fetishwear, star turns in TikTok-famous music videos, and aspirations of nabbing her own record deal 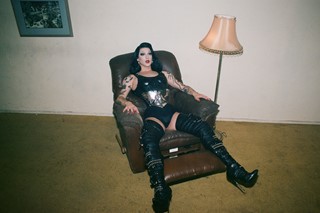 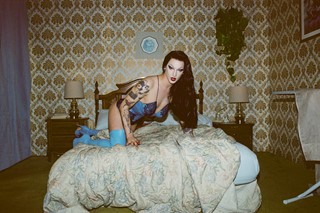 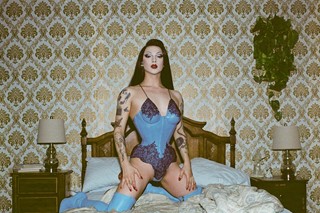 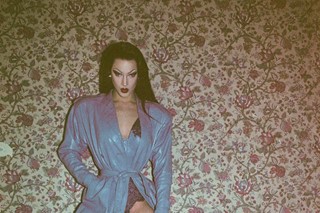 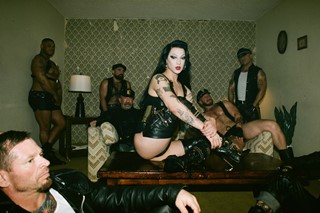 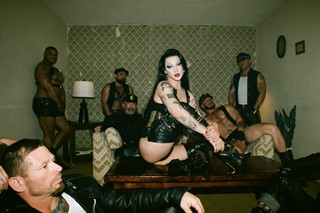 If you’ve spent any time on TikTok across the course of the last few months (come on: of course you have), it’s likely you’ll have stumbled upon Mareux’s creeping earworm “Perfect Girl”. A rework of The Cure’s 1987 track of the same name, the sound clip was so widely shared it spawned a Euphoria-style trend – which, as we all know, is the true measure of success in 2022.

More recently came a music video, in which legendary drag artist and Drag Race superstar Violet Chachki assumes the role she was born to play: that of the ‘perfect girl’ in question. Ascending a staircase, stilettos click-clacking as the first strains of the track kick in, Chachki soon finds herself entering an apartment – a surreal other realm where she’s surrounded by semi-naked leather daddies who go about their business unbothered by her presence. Before long, she’s shrugging off her coat, and lip-syncing in front of a mirror in an unfathomably tight corset. So basically, business as usual.

With Chachki basing her drag persona on vampy screen sirens like Bettie Page, she was seemingly a no-brainer for the darkly camp video. “[Director] Nedda Afsari told me the idea for ‘The Perfect Girl’ was to have me and a bunch of leather daddies all together in an apartment,” she reveals. “[Leather and kink] is such a part of my aesthetic and identity. I think fetish and fetish aesthetics are so polarising, but I love to be polarising – it’s the extreme that draws me in. It probably has something to do with my Catholic upbringing and the theme of good versus bad. With me being a Gemini, I have that sort of duality that’s prominent in fetish culture.”

When Chachki herself considers ‘the perfect girl’, she’s quick to reference dominatrixes. “There are women that take femininity and use it in a way that challenges the patriarchy,” she says. “That plays into what I do in that gender doesn’t exist – it’s just a construct. Dominant, strong, confident, beautiful, fierce women who are challenging the norms are who inspire me. People often say you can’t be beautiful and strong, and that you have to be weak to be beautiful. I love the idea of being beautiful and dominant.”

“Fetish and fetish aesthetics are so polarising, but I love to be polarising – it’s the extreme that draws me in. It probably has something to do with my Catholic upbringing and the theme of good versus bad. With me being a Gemini, I have that sort of duality that’s prominent in fetish culture” – Violet Chachki

While music hasn’t been a big focus for the queen up until recently, it’s something she’s looking to expand upon going forward. As well as starring in the video for “Perfect Girl”, earlier this year she also released a remix of “Fade to Gray” by Visage alongside Lecomte De Brégeot. “It was a long time in the making,” she says, before revealing she’d love to do an EP at some point in the not-so-distant future. “I don’t consider myself a musician, but music is such a strong part of being a performer. I have so many incredibly talented friends that I would love to collaborate with.” For now, watch the video below, and this space from more music from Chachki.