As the Swedish group release their first new album in four decades, the producers and director of the forthcoming digital ABBA Voyage residency explain how it came together and why ‘hologram’ is a swear word to them 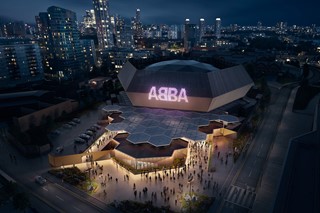 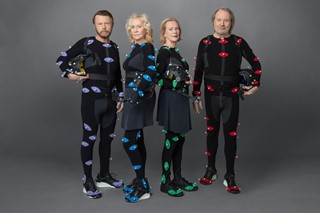 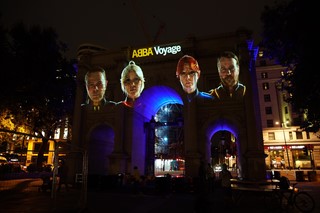 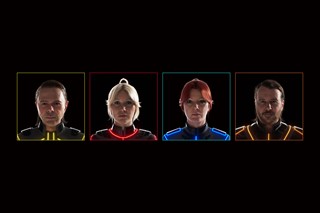 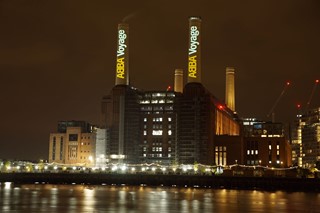 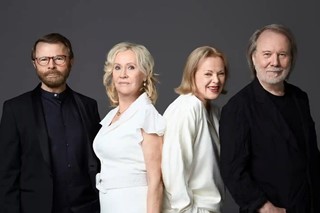 I’m seven minutes into my interview with the producers and director of the forthcoming ABBA reunion concert when I’m suddenly interrupted with a chorus of, “No, no, no, no, no, no, no”. Each of them squirms slightly in their chairs, looking both exasperated and amused, before producer Svana Gisla informs me of my misdeed. “That’s a swear word in the office,” she explains, in reference to my repeated use of the word ‘hologram’.

Instead of tired holograms – sorry Tupac and Kim Kardashian’s dad – the creators of ABBA’s forthcoming concert residency, called ABBA Voyage, have spent five years meticulously moulding digital avatars of the group, which will perform next year in a 3000-capacity, flat-packable (more on that later), specially-created London venue. The details of these avatars remain sketchy – even after a 30-minute phone call with their creators – but Walsh says “it’s kind of irrelevant” anyway, because “what we’re trying to do is produce a fabulous, emotional, immersive, great show”.

And, undoubtedly, they will. It’s been 40 years since ABBA last released new music – 1981’s The Visitors – but their following has only swelled during the decades of their absence, particularly among those who were born after they broke up. Last weekend at a south east London DIY venue called Matchstick Piehouse, dozens of 20-somethings (me) frantically sang along to a 20-piece band’s album play-through of ABBA’s Voulez Vous. Over in east London, there’s a regular night known as ABBA After Midnight, which attracts fans of both debauchery and disco pants. Outside the capital, young ABBA fans are on track to sell out the upcoming ABBA Disco Wonderland UK tour. What I’m trying to say is that ABBA – once famously uncool – are now incredibly in vogue.

“We knew that they were popular in the world,” says Ludvig Andersson, a producer of ABBA Voyage and the son of one of the band’s songwriters, Benny Andersson. “But the reaction that they got was extraordinary, especially from the point of view that it was so genuinely positive.”

Alongside the forthcoming residency (which was originally announced in 2017, but was delayed due to the pandemic) comes a whole new ABBA album, also called Voyage and released into the world today (November 5). When it was announced in September, it broke Universal Music UK’s record for the biggest pre-ordered album, racking up over 80,000 pre-orders in just three days. By October, this had risen to an eye-watering 111,000. All tracks on the album are written by ABBA’s original songwriters Benny Andersson and Björn Ulvaeus, and performed by the band’s singers, Agnetha Faltskög and Anni-Frid Lyngstad.

Although the world was shocked by the seemingly sudden news of ABBA’s long-awaited and pined-after reunion, for the Voyage team, the band’s decision to make new music developed slowly but organically. “The first embryo of it was this concert that we’re working on,” explains Andersson. “That eventually made the four ABBAs feel like they should record some new music, and they did, and then that led to a whole new album.” He adds with a laugh: “I wouldn’t go as far as to say that we’re the architects of this reunion… but we were the architects of this reunion.”

“It wasn’t a big announcement to anyone or even to themselves,” says Walsh. “It was just a lovely thing going back into the studio and enjoying working together again.”

For a group whose band break-up coincided with actual break-ups (Agnetha and Björn divorced in 1980, while Anni-Frid and Benny separated in 1981), enjoying working together again may have felt like a distant dream. But it seems ABBA never lost their magic. “When I saw ABBA together for the first time and they came on stage...” Walsh begins, before his voice cracks and he shakily adds, “it chokes me up now.”

Gisla takes over. “He’s lost the power of speech,” she jokes. “He’s referring to when we did the motion capture filming in Stockholm, and they went on stage to be filmed by thousands of cameras to capture their every nook and cranny. Individually chatting with them before was fine, but something happened when they all stood together on stage.”

“When I saw ABBA together for the first time and they came on stage... it chokes me up now” – Baillie Walsh, director

“That was a very powerful experience,” agrees Andersson. “And, mind you, they were dressed in these strange motion capture overalls in this very unforgiving, bright white light. It was very unromantic, but still, through that, something happened. That’s partly the key to our show – we captured what happened on that stage in any way we could, and that’s what we’re going to bring into our arena.”

To first create the ABBAtars, motion picture visual effects company Industrial Light & Magic (ILM) had to return the band to their “1979 prime”. Led by creative director Ben Morris, the group were made into digital characters of their younger selves, as they’ll be seen in the London shows. To make the avatars as life-like as possible, Agnetha, Björn, Benny, and Anni-Frid donned futuristic-looking ‘mocap’ suits and performed every song from their set (as choreographed by Wayne McGregor) in front of 160 cameras, for five weeks in a row. Every gesture, movement, and facial expression was captured to make the characters as true to their human counterparts as possible.

Contrary to much speculation, the ABBAtars won’t perform as 3D images on a stage, and will instead appear on-screen at the concert. “Then there’s other things that we’re embellishing it with,” explains Walsh. “We’re blending the boundary between the digital world and the physical world. The canvas for the story is 360 degrees, so we can bring the screen out into the auditorium. The idea is that what’s on the screen also exists in the arena – the audience will be immersed in this other world.”

“The biggest challenge is that there’s never been anything like this before,” adds Gisla. “We’ve all collectively worked on every single area of entertainment life, from concerts to theatre to fashion, and there’s nothing that comes close to what we’re trying to do (with ABBA Voyage). There within lies a lot of the problems – it’s trial and error all the time, and we’re having to research, test, and problem-solve every single day.”

However, Walsh, Gisla, and Andersson stress that the technology is really not the point of the concert. “The technology has given us the ability to do this, but the important part is the music,” says Walsh. “We’re not going back to the past and recreating a 70s concert – this is what ABBA would be doing now if they were young and on tour. They have approved everything we’re doing and love everything we’re doing. (The ABBAtars are) them!”

One of the things embellishing the on-screen ABBAtars is a live 10-piece band put together by former Klaxons member James Righton. “We didn’t want faceless musicians hiding in a pit somewhere,” says Gisla, “we wanted a band that ABBA would go on the road with today. A real band who would go the distance with us and feel invested, passionate, and who enjoy the music.”

Righton brought in “friends, friends of friends, and musicians”, adds Andersson – most of whom are still to be announced, aside from Little Boots (real name Victoria Hesketh), who’s joining on synth, keyboard, and backing vocals. The band was formed pre-COVID, but each member has remained on-board despite the two-year delay.

“When they played together for the first time, there was electricity in the air,” Gisla tells Dazed. “It was just like, ‘Wow, OK, we found our people’. And unbelievably (after COVID) they’re still our band – they’ve remained committed, which proves that we found the real band.”

“Maybe that’s part of what’s unique about this whole process,” says Andersson. “Usually a production of this size, scale, and cost would come from the top up – a big studio would say, ‘We want XYZ’. But this has always grown from a small group of people who are in it for the love of the work. It’s always been built with creativity at heart, and why it’s been such a joy.”

Rehearsal for the shows will start in January next year, ahead of the doors of their purpose-built venue at London’s Queen Elizabeth Olympic Park opening on May 27, 2022. At the time of writing, the shows are set to end on December 4, 2022, but, as the venue is made specifically for ABBA, is flat-packable, and the concert is in high-demand – and, you know, the lead performers aren’t real – it’s possible the residency will go on forever.

“You can fold down the arena and move it,” Andersson explains. “It takes a little time, but it’s basically a massive, fancy IKEA wardrobe.” Gisla says it was important to have a demountable venue – it’s built on a wooden platform – as the show will only be in London for a short period of time, so its creators didn’t want to break any ground. Also because they may want to take it elsewhere. “The magic of the cyberspace circus is coming to town,” jokes Andersson, “and, if you’re not careful, maybe it will come to your town.”

ABBA Voyage opens on May 27, 2022 at the Queen Elizabeth Olympic Park in London. You can buy tickets here.