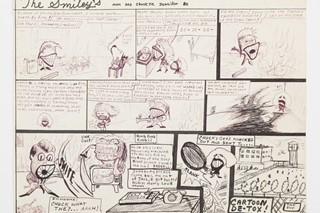 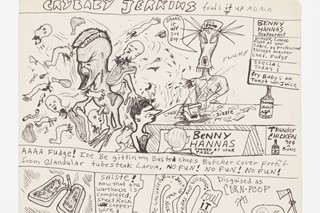 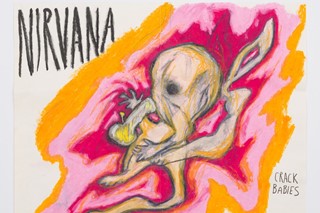 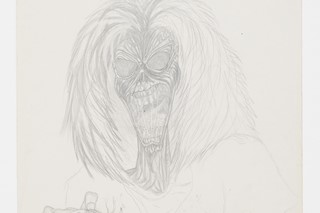 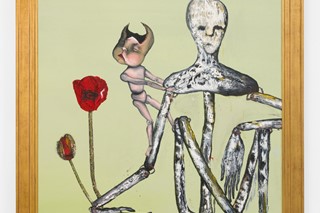 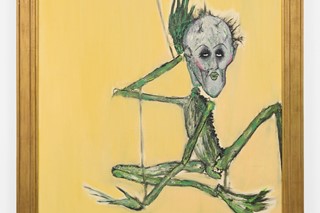 A self-portrait by Kurt Cobain has smashed estimates at auction, selling for more than $281,000 (or approximately £199,500). The black felt pen sketch depicts the late Nirvana frontman playing guitar, captioned: “I don’t know how to play and I don’t give a hoot!”

Drawn on stationery from Singapore’s TNT Music Centre, the cartoon is also signed “Kurdt Kobain Rock Star”. It dates back to 1992, when the band were in the country to promote Nevermind, and Cobain gifted the drawing to freelance photographer Jacque Chong. Now, almost three decades later, his self-portrait has sold for over 28 times its original estimate of $10,000, going to a private collector and fan of the band, according to auctioneers.

Despite finding fame as a musician and lyricist, Cobain’s visual art — including comic strips, and album artwork for Incesticide and In Utero — hasn’t gone completely unrecognised. In 2017, a series of his never-before-seen paintings went on display in his hometown of Seattle, displaying the same dark humour as his music.

Besides the self-portrait, the Julien’s auction included more Nirvana memorabilia, alongside one of Prince’s guitars, and handwritten letters from Britney Spears to her high school boyfriend (which feels kinda iffy, tbh).

Last month, a lock of Kurt Cobain’s hair — cut by an “early confidant” on Nirvana’s 1989 Bleach tour, ahead of their breakthrough with Nevermind — also went to auction, and ended up selling for more than £10,000.

View the auctioned self-portrait by Kurt Cobain below.