‘Palestine’s been occupied for decades, but a home for centuries. This land has generations of my family’s memories’ 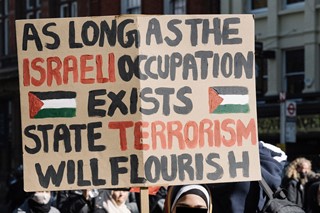 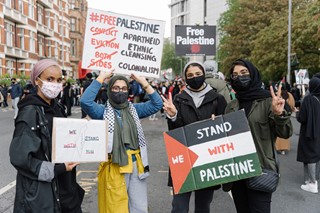 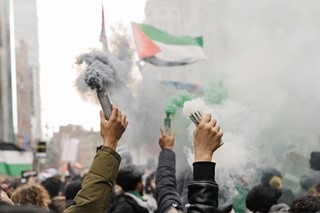 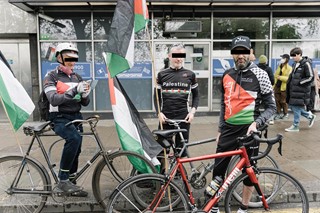 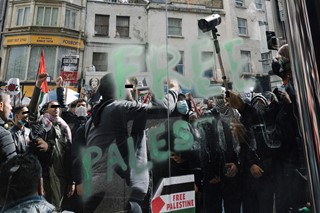 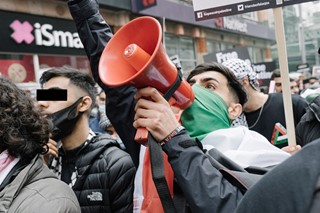 Amid the ongoing devastation in Palestine, its citizens are resisting Israel’s violent occupation by documenting the destruction on social media and singing and dancing in the streets. Now, a 12-year-old Gaza rapper has joined the impassioned plea for peace by sharing a verse about the crisis on Instagram.

Filmed in front of the remains of destroyed buildings in Gaza City, MC Abdul raps about the dispossession of Palestinians over the beat of Eminem’s “Cleanin’ Out My Closet”. He spits: “Palestine’s been occupied for decades, but a home for centuries / This land has generations of my family’s memories… Living with limitations, pushed down by the occupation / Wanna see the pain, take a look at the people’s faces / Imagine being kicked out of the only house you’ve ever known / We’re praying for our souls while they’re preying on our homes.”

In an accompanying caption, Abdul wrote: “This past week has been very tough for my home, Gaza City. I just want the world to know about the situation in Palestine. Music is what keeps me going. Stay safe everyone. All we want is peace.”

Violence erupted in Palestine at the end of April, but has escalated significantly over the past two weeks. At the time of writing, over 227 Palestinians have been killed, including 64 children.

People around the world have taken to the streets in protest against Israel’s colonisation of Palestine, calling for freedom for the state. Among those taking part in demonstrations are Bella and Gigi Hadid, who are of Palestinian heritage. Unlike many celebrities, who have steered clear of taking sides, the sisters have shared information about the plight of those living under occupation. In an attempt to twist the narrative, the Israeli government accused Bella and Gigi of antisemitism – an allegation that was widely mocked by those online.

In a piece for Dazed about the Hadid’s pro-Palestine messaging, journalist Ruqaiya Haris wrote: “The perceived threat of losing mainstream support among young people due to the activism of the Hadid sisters is clear in Israel’s frenzied digital propaganda – and despite billions in foreign aid and widespread political support, public opinion is still dearly important to Israel.”

Look back at Dazed’s guide on how to talk about Palestine here, and watch MC Abdul’s rap below.