The British-Japanese singer is shortlisted for the Rising Star award alongside Pa Salieu and Griff, following the #SAWAYAMAISBRITISH campaign

11March 2021
TextScarlett Baker
Mercedes-Benz ‘How To’ by Rina Sawayama5 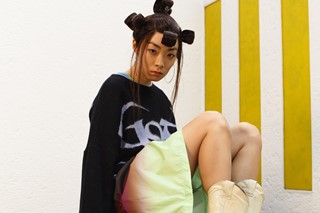 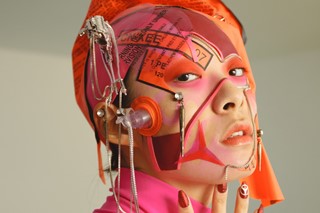 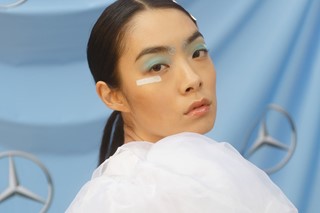 A couple of weeks ago, Rina Sawayama wasn’t eligible to be nominated by some of the UK’s most high profile music award ceremonies, the BRITs and the Mercury Prize. Rather, she was excluded from the dialogue because she didn’t possess a British passport or dual citizenship, exposing their restrictive infrastructure, despite having lived in the UK from the age of five.

But last month, the British-Japanese singer put enough pressure on the institutions to make a historic change. Speaking out in the press and online, with a widely trending #SAWAYAMAISBRITISH hashtag, the BPI made an announcement that seemed heavily influenced by her mission.

The regulations for all future nominees have been amended as of February 24, allowing permanent residents in the UK or those holding a UK for more than five years to be considered for a prize – and now, Rina has been nominated for the BRITs Rising Star award ahead of the 2021 ceremony.

Breaking the announcement to her fanbase – the Pixels – via Twitter, the artist was overcome with emotion, declaring “thank u sm I’m on the floor😭😭😭.” and the triumph that is bringing “more diverse definition of British musical excellence”.

This year’s Rising Star nominees include Griff, the 20-year-old singer from Hertfordshire, and the 23-year-old rapper from Coventry and Dazed cover star Pa Salieu, who received this year’s BBC Sound of 2021 award.

The accolade was previously called the Critics’ Choice Award, and has been won by the likes of Adele, Florence & The Machine, Jorja Smith, and most recently Celeste. It champions the artists the academy believe will dominate the music industry through the following year.

Her sound traverses the reminiscent nostalgia of the early 2000s with future-pop sensibilities – think Britney, Christina, Janet Jackson but in the year 3000. Sawayama confronts issues of identity and conflict, merging punchy pop anthems with contemplative themes from integration to sexuality. Bursting into the music scene back in 2017 with her first eponymous EP Rina to touring with Charli XCX, and releasing her stellar debut album, Rina only continues on a stratospheric trajectory to superstardom.

The winner of the rising star award will be announced on March 19, ahead of the BRITs ceremony, delayed from February to May 11, due to the coronavirus pandemic.

Read back on the things that inspired Rina Sawayama’s debut album Sawayama on Dazed here.