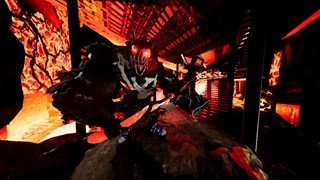 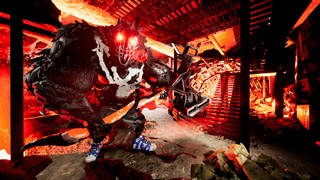 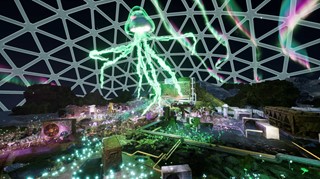 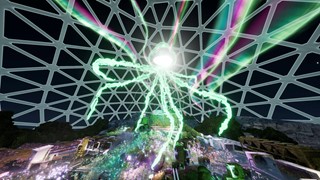 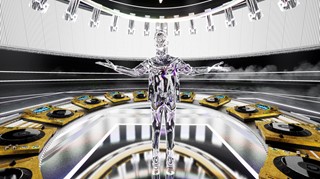 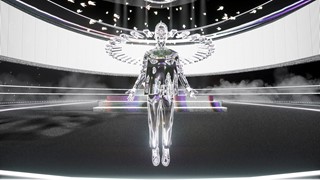 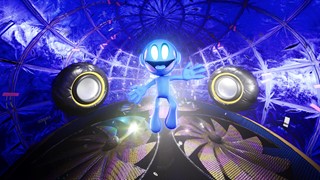 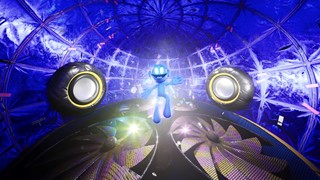 This week on Dazed we explore the high octane, utopian dream world of musician Danny L Harle, his debut album Harlecore, and the magically immersive digital club space of Danny and his fantastical collaborators.

Danny L Harle’s Harlecore album opens up a portal into a new dimension. The hi-NRG rave record, with its sugar-rush peaks and blissful ambient interludes, is based on a club set in an alternate universe. In Club Harlecore, four residents occupy different rooms with their own signature styles, each representing a different genre in the UK hardcore spectrum: euphoric hardcore, makina, gabber, and ambient (DJ Danny, MC Boing, DJ Mayhem, and DJ Ocean). Each character’s zone – in the digital club designed by Team Rolfes – makes for a completely unique experience, whether it’s the brutalising gabber of DJ Mayhem’s dungeon or the aqueous transmissions from DJ Ocean’s floor.

Now that the doors to Club Harlecore have officially been flung open (and you can enter it digitally), we gleaned some info direct from the source of this sonic world, Danny L Harle, about the origin stories of each mysterious resident, and the fabled subcultures that each stands for.

In the beginning of the Harlecore universe were the fields and the mountains – a paradise land that existed before Club Harlecore was built. Like ravers back in the 90s, people came to the field in search of something and, out of a collective desire for this feeling, a shining silver spirit appeared. That spirit was DJ Danny: a conduit to euphoria, and around him grew an aircraft-hangar-sized temple to musical ecstasy: the Euphoria Stadium.

This huge glowing being represents a need for healing and, although large crowds now congregate within Danny’s stadium, the experience is one you go through alone. Many ravers who enter the stadium report hearing some colossal trance bangers spun by the metallic selector, before floating high up into the atmosphere to see panoramic views of the world below, with one phrase at the forefront of their minds: “This music sounds the way I feel”.

Any large structure the size of Club Harlecore needs an air conditioning system, and the ventilation pipework is where the blue rubberised fellow with a large smile known as MC Boing originally sprung from. Giant propellers embedded in the floor of his zero-gravity Bounce Room are what keeps him pinging about at breakneck speed, all day all night. Blink and you’ll miss him: MC Boing keeps the club jumping.

You enter DJ Mayhem’s dungeon at your own risk. Deep inside the underbelly of Club Harlecore resides a huge hairy beast: a kind of bear-wolf hybrid on steroids with a 24-hour appetite for destruction. DJ Mayhem – coincidentally the twin brother of Hudson Mohawke – is a fallen raver who’d initially come to DJ Danny’s Euphoria Stadium but wasn’t fulfilled by the music he heard there. This sent him spiralling into an uncontrollable rage, causing him to rip a fire safety hammer off the wall and begin smashing up the basement of the club, which he is now eternally destroying.

The subterranean lair is kept from falling in on itself due to steel girders that the ravers who dare enter have erected. DJ Mayhem’s hammer (known as “the skelper”) pounds the ground to the beat of the music played in his cavern – mainly gabber – and with each earth-shattering hit he mutates further and further into a monster. In this process he often ends up accidentally smashing his CDJs, in which case he is provided with a new set that he puts on top of the pile of broken ones.

A much-needed antidote to the madness of the rest of Club Harlecore, DJ Ocean’s flotation zone is 2021’s answer to the chillout room. In the roof cavity of the club sits a kind of dome where a bioluminescent jellyfish floats among fluorescent mushrooms which sprout from the floor. Thanks to the ecosystem there, the air is thick and heavy, and DJ Ocean’s music – which surrounds you in 360 degrees – is ambient and transportative, helping to keep the plant life nurtured and growing. Keen observers of the ocean floor will spot discarded CDJs and even SOPHIE’s Silicon Product laying among the glowing flora and fauna. The snatches of siren songs recall the vocals of Harle’s frequent collaborator, Caroline Polachek.

Not much is known about DJ Ocean, since all the literature about her is written in a kind of unintelligible language, but she represents a link to a higher plane, of spirituality and transcendence. A wayward raver would often find themselves in her room, not knowing where they were. Once they’d uncovered truths about themselves and the secrets of the cosmos, they’d make their way back to DJ Danny’s Euphoria Stadium to start the whole process again, ad infinitum: the eternal rave.