From Hannah Montana to exploding the teen-pop puppet expectations, the Bangerz era, and that ‘Jolene’ cover, Miley Cyrus arrives with Plastic Hearts – cementing a musical journey that continues to expand and confound 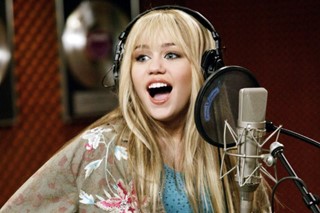 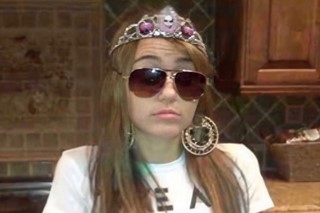 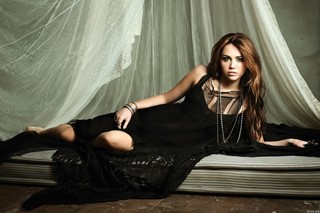 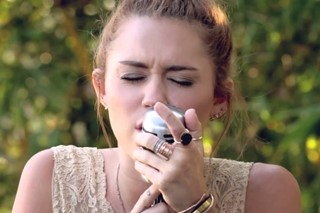 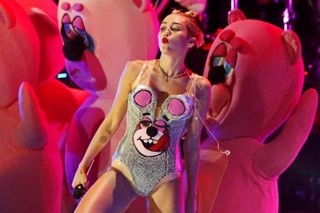 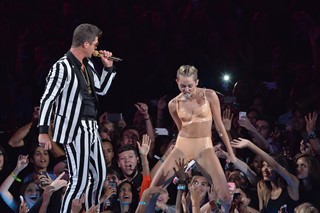 When Miley Cyrus quoted her best friend Lesley on 2007’s dance-pop banger, “See You Again” – “Oh, she’s just being Miley” goes the classic line – she was remembering a time when she clammed up in front of someone she fancied. 13 years later, as Cyrus prepares to drop her seventh album, Plastic Hearts, that same line could almost double as a motto for her career. So Miley wants Plastic Hearts to include a Dua Lipa feature (on the sinewy new single, “Prisoner”) as well as collaborations with 80s rock legends Joan Jett (“Bad Karma”) and Billy Idol (“Night Crawling”)? Oh, she’s just being Miley.

But at the same time, “she’s just being Miley” feels too trite to summarise Cyrus’ fiercely individual approach to her career, and the agency she’s shown over it. The 28-year-old former Hannah Montana star has become pop’s biggest maverick by refusing to let herself be pigeonholed by an industry that likes artists – especially big-selling ones – to evolve cautiously and avoid frightening the fanbase. Cyrus has got to a place where she can duet with Dua Lipa and Joan Jett on the same album because she’s already ripped up the rulebook. She’s wrongfooted us enough times now that we know to expect the unexpected.

The Tennessee-born daughter of Billy Ray Cyrus – a successful country singer who’d go on to collaborate with Lil Nas X – was incredibly prolific as a teenager. From 2006 to 2011, she starred in the wholesome Disney Channel sitcom, Hannah Montana – as ordinary teenager Miley Stewart and her pop star alter ego – while racking up hits with bright and shiny pop songs like “See You Again” and “Party in the U.S.A”. At 16-years-old, Cyrus was already such a big deal that she could take a line-dancing bop called “Hoedown Throwdown” into the upper reaches of the Billboard Hot 100.

On the relatively edgy title track of her 2010 album, Can’t Be Tamed, Cyrus served the notice that she was definitely no teen-pop puppet. “I go through guys like money flying out the hands,” she sang over a stomping electro beat. “They try to change me, but they realise they can’t.” Then, after she said goodbye to Hannah Montana for good in 2011 with the show’s final episode, she bolted through the door that “Can’t Be Tamed” had prised open, with 2013’s game-changing Bangerz. A trippy party album with a pronounced hip-hop influence, its ferocious promo campaign made Cyrus the most discussed artist on the planet.

This era yielded more iconic moments than some pop stars manage in a career. Who can forget the “Wrecking Ball” video, Cyrus twerking at the VMAs, or the giant inflatable replica of her dead dog from the Bangerz Tour? I interviewed Cyrus for LGBTQ+ magazine Attitude during this period, and came away thinking she was smart, self-assured, and in control of her own narrative. When I asked about the suggestive “dancing with Molly” line in her Bangerz hit “We Can’t Stop”, Cyrus brought up advice she’d been given by her superstar godmother Dolly Parton – as long as people are talking about you, you’re doing something right. She dangled a rhinestone-encrusted carrot in my face and I bit: my next question was about Dolly, not Molly. Cyrus 1, Interviewer O.

Though Bangerz looked like the pivotal moment in Cyrus’ career, her next move was even more crucial in terms of seizing creative control. Instead of making an equally provocative sequel to Bangerz, which wouldn’t have been a good look as too much shock value always becomes tacky, Cyrus threw a massive curveball. While hosting the 2015 VMAs, she announced that her new album Miley Cyrus & Her Dead Petz, a thrilling leftfield collaboration with psychedelic rock band The Flaming Lips, was now streaming for free on Soundcloud. We learned later that she paid for Dead Petz herself and put it out independently without letting her label hear it first. A rep for RCA Records told The New York Times: “Miley Cyrus continues to be a groundbreaking artist. She has a strong point of view regarding her art and expressed her desire to share this body of work with her fans directly. RCA Records is pleased to support Miley’s unique musical vision.”

Since then, Cyrus’ musical journey has continued to expand and confound. If you didn’t love 2017’s surprisingly subdued country-pop album, Younger Now, you might have preferred 2018’s discofied Mark Ronson collaboration, “Nothing Breaks Like a Heart”, or 2019’s hip-hop-influenced She Is Coming EP. As a privileged white artist who borrowed heavily from Black culture for Bangerz, then criticised hip-hop’s lyrical content in a Billboard interview a few years later, her relationship with the genre is problematic. Still, she has at least owned up to past mistakes, saying in 2019: “I cannot change what I said at that time but I can say I am deeply sorry for the disconnect my words caused. Simply said; I fucked up and I sincerely apologise.”

Actually, her finest post-Dead Petz moment might be her brilliantly bewildering set at last year’s Glastonbury festival. Dressed like an LA rock queen, Cyrus alternated between her own greatest hits and covers of Parton’s “Jolene”, Amy Winehouse’s “Back to Black”, and Led Zeppelin’s “Black Dog”. She also slipped on a pink wig to revive Ashley O, her pop princess character from a self-referential episode of Black Mirror (an avatar that gained her own cult following in her own right), and brought on Lil Nas X and Billy Ray Cyrus to perform “Old Town Road” at Glastonbury. On paper, it sounds like a mess, but in practice, it was electrifying.

Now comes Plastic Hearts, an album trailed by the infectious 80s shimmer of “Midnight Sky”. Cyrus has described the 12-song set as “reflective of who I am, which is just kind of all different pieces of inspiration and influence”. She’s not exaggerating: during the build-up, she’s proved her musical range by covering songs by everyone from Billie Eilish to Blondie, the Cranberries, and Hall & Oates. She’s even released a remix version of “Midnight Sky” that incorporates elements of “Edge of Seventeen”, the Stevie Nicks classic that “Midnight Sky” is strongly influenced by. Dropping an early noughties-style mash-up in 2020? Oh, she’s just being Miley.