In a rare interview, the Seatbelts frontwoman talks working with Bebop creator Shinichirō Watanabe and what live-recording the intergalactic jazz soundtrack was really like 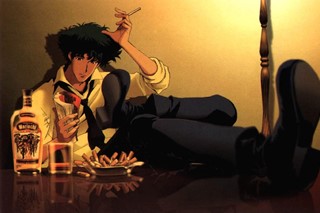 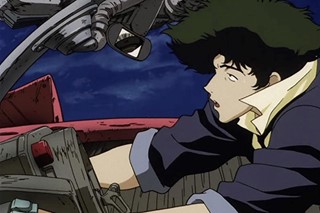 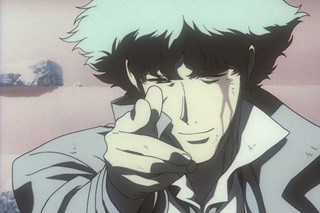 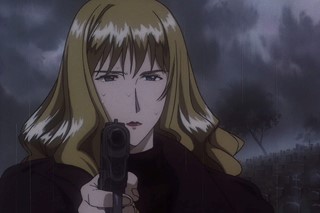 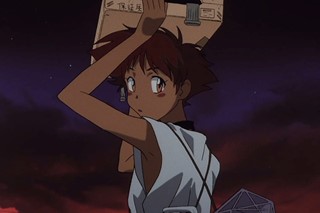 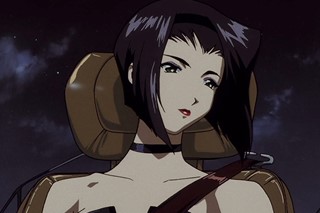 Ever since the words “1, 2, 3… Let’s Jam!” first flashed onto screens, Shinichirō Watanabe’s 1998 hit show Cowboy Bebop has enraptured audiences a world over. The series, about the lives of space cowboy Spike Spiegel and his intrepid band of misfit bounty hunters, is a jazzy romp through the cosmos, combining elements of space opera, spaghetti western, film noir, and kung fu flick, to magical effect. Its soundtrack has remained one of the most ambitious and celebrated original anime scores ever made.

Like the show itself, the soundtrack moves seamlessly through genres. Elements of country, blues, and funk orbit, in planetary fashion, around a recurrent jazz line, serving as a bombastic backdrop for high-speed chases, galactic feuds, and corrupt government plots. The score was composed by Yoko Kanno, the mastermind behind Ghost in the Shell: Stand Alone Complex and The Vision of Escaflowne, and performed by The Seatbelts, a group of musicians that Kanno put together for the purpose of the show. It’s a bonanza of sound that pushes at the boundaries of anime scores – from the samba-inspired opening theme “Tank!” (3, 2, 1, let’s jam) to high-octane ballad “The Real Folk Blues” over the end credits. The music feels free and improvised, just like adventuring through space on an interstellar ship.

“I first met Watanabe while working on Macross Plus,” Kanno tells me, referencing the director’s 1995 mini-series about an interplanetary feud between friends. “He asked me, ‘I want to make this series (Cowboy Bebop) jazz-oriented. Can you make it work?’ My answer back then was, ‘I think I can, but I don’t think it will sell.’ I’m glad that my prediction has been proven wrong.”

The improvisatory, laidback spirit of jazz – or more precisely bebop, the 1940s strain of jazz characterised by its high tempo and complex chords – pervades every aspect of the show: Spike’s motto is “whatever happens, happens”, of course. Episodes are literally referred to as sessions – as in, jazz sessions – and feature genre-fitting names like “Asteroid Blues” and “Cowboy Funk”. As Watanabe explains in Rose Bridges’ Yoko Kanno’s Cowboy Bebop Soundtrack: “In bebop, players threw away the score and played freely. They wanted to express themselves freely and started to improvise a lot. I respect and like that kind of music. Cowboy Bebop’s characters are like those musicians: they are free, and I want them to act in an improvisatory way.”

In his book Blue Nippon, E. Taylor Atkins describes the role of bebop in the history of Japanese jazz post-war. He notes bebop’s disruptive status “as ‘art music’ for a more intellectual art audience”, and explores its impact on youth culture. The sound, Atkins explains, displaced dance halls, “and (gave) birth to swanky coffeehouses and after-hours dives for which there had been few or any pre-war precedents.”

“I chose to create such music believing that people’s emotions in their everyday life would be the same in the future, even in outer space” – Yoko Kanno

Cowboy Bebop takes a similarly radical approach – it’s almost impossible to pin down in the anime universe. It positions itself away from the serious works of the decade, like Hideaki Anno’s Neon Genesis Evangelion (1995-6) and Revolutionary Girl Utena (1997). Instead, it’s presented as a ‘gateway’ anime for a fresh fanbase, blending various aspects of western pop culture with both the serious and absurd – sometimes all at once. Midway through every episode, a tableaux simply reminds us:  “They must create new things by breaking traditional styles. The work which becomes a new genre itself will be called Cowboy Bebop.”

Kanno’s soundtrack forgoes the exact bebop aesthetic, but retains that sense of spontaneity the genre is known for. The sounds were recorded live, in one or few takes. They feel fresh and authentic, bringing to life the fluid, hyper-real movement that Bebop is recognised for. “These songs had to be recorded when no visual image of the film work was available yet, so I didn’t write the songs side to side with the film,” she explains, “rather, the film adapted itself to the music”. “Tank!”, the show’s impossibly cool opening sequence, was originally composed as background music for a battle scene, while “The Real Folk Blues”, a J-rock ballad, and one of the few tracks on the OST to feature vocals, was intended as a song within a play. “Although I initially expressed strong opposition to his (Watanabe’s) idea, I’m glad these two songs are recognised as the face of Cowboy Bebop for many.”

The soundtrack uses blues and jazz in dynamic new ways: the most obvious example being the show’s fight scenes. Watanabe eschews the typical orchestral or hard rock associated with action in favour of big band arrangements. “For Watanabe, bebop signified freedom,” writes Bridges. “His attachment to the genre explains why it would be associated with scenes where the characters really let go of themselves and act ‘free’.”

On “Rush”, a brassy ensemble rip-roars its way through brisk percussion with wild abandon. It complements the soaring meteoroids and revving spaceships. “Piano Black” is a frenetic jazz number, where saxophone solos meander back and forth to the main piano motif, like gravitational pull. The combination of noodling brass sections and intergalactic space missions is innately absurd, recalling the early bebop improvisations of Charlie Parker and Thelonious Monk. There’s an inherent humour that invokes the very spirit of the show.

“I think Spike’s character – tinged with an air of elusiveness, being aloof from the world, and heading to the verge of destruction – goes well with the jazz sound” – Yoko Kanno

Among its captivating battle sequences, subplots involving technologically-modified super clowns, and religious cult leaders, Cowboy Bebop always feels deeply human. The characters aboard the Bebop are all struggling with feelings of loss and alienation. Spike lost his love (and nearly his life) to an underground crime syndicate, while Jet, a former member of the Inter-Solar System Police, lost his arm to the mafia, and Faye has chronic amnesia. They procrastinate, drink excessively, and smoke sad-looking cigarettes. They try, unsuccessfully, to run away from their pasts, while remaining clearly affected by them.

“I think Spike’s character – tinged with an air of elusiveness, being aloof from the world, and heading to the verge of destruction – goes well with the jazz sound,” agrees Kanno. She describes how “ funk, soul, and blues fit the halo of fatalism and inconsolableness over the antagonists”. “I chose to create such music believing that people’s emotions in their everyday life would be the same in the future, even in outer space,” she explains.

Kanno’s melodies, like an orbital path, guide viewers through Bebop’s vast solar system and into the minds of the characters who inhabit it. From the very first trumpet parps in the opening credits, the music is action-packed and dynamic, evoking the tragedy, brutality, and laid back charm that characterises Spike et al and their bittersweet lives. Kanno’s soundtrack will no doubt become a staple in the live action adaptation, starring John Cho as Spike, next year. But until then, see you later, space cowboy.