From a baby’s dummy to a single dreadlock, discover the five most important (read: weirdest) items in the Nigeria-born, Toronto-raised artist’s closet 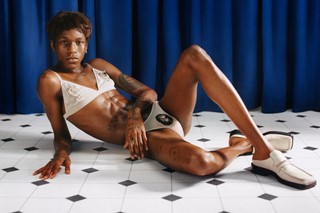 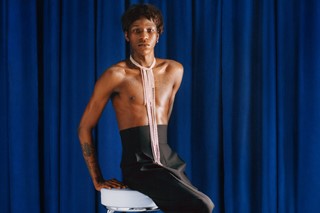 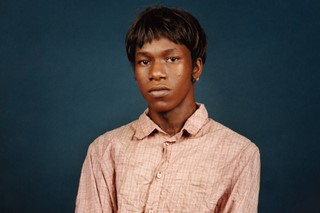 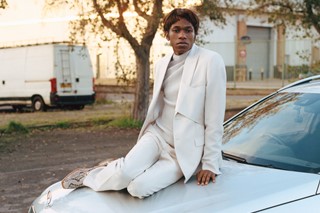 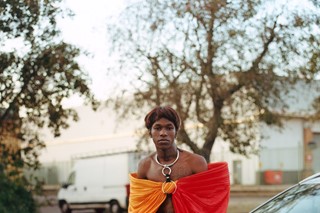 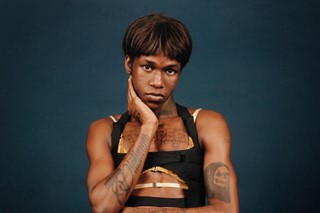 Guiding forms like decomposing folk, drivetime rock and latticework club music into dark waters, LA Timpa is a musician running off the power of dreams. Mixed by Solange collaborator Kwes, Nigeria-born, Toronto-raised Timpa’s debut LP Equal Amounts Afraid lurks between the mumbly lushness of the Cocteau Twins; the lilting melodies of his idol, Todd Rundgren; and the eerie, post-apocalyptic sounds of Dean Blunt. Gesticulating with hands covered in tattoos (most notable is the PlayStation logo, though there’s also the word ‘Animal’, presumably in reference to his 2016 EP of the same name), Timpa – real name Christopher Soetan – has a quiet aura of confidence in real life. When he says that he thinks music is only going to get stranger and stranger in the fringes, you get the sense that LA Timpa is clamouring for this vivid version of the future. He might already be in it.

Find out what the five most essential (read: weirdest) items are in LA Timpa’s wardrobe, and read the full feature in our spring 2020 issue.

“In 2017 I cut off all of my dreads except one, so I had a rat’s tail at the back. I went on tour with (Canadian musician) Cold Specks later that year, and my friends kept on telling me, ‘You should redo it, you should fix it,’ because it looked like it was going to fall off. I was like, ‘No, it’s my hair, it’s fine,’ being my stubborn self, and I remember we were in Las Vegas, super-hungover, and I took a shower and it fell off. But I kept it and I still have it to this day.”

“I got it from Amazon. I can’t remember the project it was for but it was a film project, a visual project. I kept one just in case I wanted to have a pacifier in my mouth one day. I hav- en’t used it yet, but I’m sure I will wear it around the house. I don’t find these things at all weird to have, but that’s just my perspective!”

HOODIE WITHOUT THE BODY

“This is from a hoodie where the hood was detachable from the collar – I took the body off. It’s such a nice piece and I’ve worn it many times.”

MOULD OF MY TEETH

“From when I got my first grill at 18. It was just the one-tooth thing, but I lost it in New York City – I was eating wings and took it out. I kept the mould because I liked how it looks. I can’t imagine myself wearing it or it being a part of an outfit or anything. But I always carry it around from place to place.”

“I don’t do taekwondo at all, I just found this in a charity shop. For some reason it was all rubber-banded together and I was like, ‘Why is this here? What is the story behind it?’ So I took it. Wholesome.”