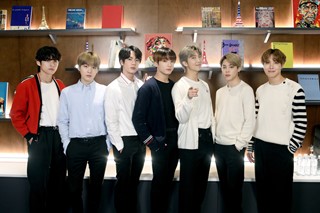 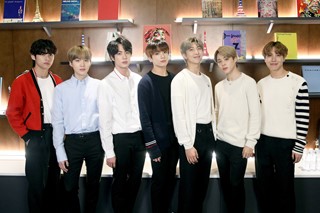 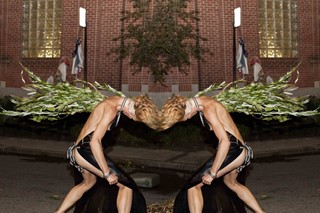 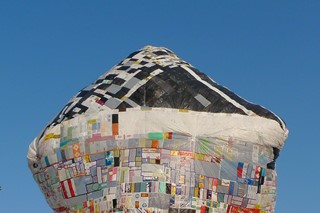 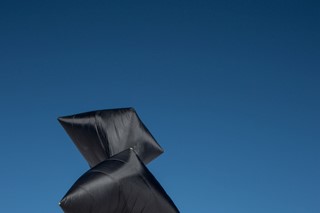 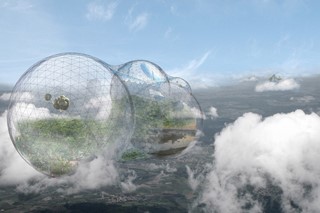 On January 7, Big Hit Entertainment announced the imminent comeback plans for multimillion-selling global superstars BTS. Their fans, known as ARMY, celebrated by lighting up social media, with hashtags for the K-pop group’s new album title, Map of the Soul: 7, taking all of the top spots on Twitter’s worldwide and country-specific trends that day. Big Hit followed this buzz with the release of a ‘map’ on their Twitter outlining a handful of pre-album promotional plans, including two comeback trailers – titled “Shadow” and “Ego” – set for January 10 and February 3, respectively.

Among this ambitious slate of pre-album videos and art films were five dates accompanied by five cities, prefixed with the words “CONNECT, BTS”. The dates began with London on January 14, followed by dates in Berlin, Buenos Aires, Seoul, and New York City throughout 2020. The “CONNECT, BTS” title was also teased in a series of tweets by group members RM, Jungkook and Suga, who posed in front of a board of images of the aforementioned cities. Fans speculated over what this could mean – some suggested that BTS were finding new ways to connect with fans (they have been adding English subtitles to their ‘Bangtan Bomb’ short video updates on YouTube for the very first time), but others were totally baffled as to what it might be.

The mystery of CONNECT, BTS was solved this morning at London’s Serpentine Gallery when artistic director Hans-Ulrich Obrist hosted the reveal of a series of major art projects that will show in the previously listed cities, all with free admittance. Under the direction of Korean curator Daehyung Lee, five curators (including directors at Berlin’s Gropius Bau, London’s Serpentine, and NYC’s Alta Art Production) have drawn together the work of 22 artists, including Antony Gormley, Tomás Saraceno, and Bill Fontana. At the Serpentine, artist Jakob Kudsk Steeson revealed his new work, “Catharsis”, which immerses audiences in a stunning digital simulation of a reimagined old-growth forest.

During a press conference at the gallery, Lee asked, “Why BTS?”, a question anticipating the art media’s curiosity about artistic institutions working with a boy band. BTS’ RM and Jimin, visibly amused, responded by mouthing, “Why?” The group were appearing via video link from Seoul, where they were watching proceedings while casually dressed in trousers, dress shirts, and jumpers (save for V, who chose a blood-red military jacket for the occasion). Lee pointed to the group’s “powerful message”, and said that “BTS have become a global group worth noting among global contemporary artist.” He admitted that he’d been watching them every night, astounded by their ability to connect in every way, regardless of factors such as class or gender. “BTS’ philosophy in the form of support for diversity, and love and care for the periphery is an important motif for the project,” he said. “This project will encourage appreciation of diversity and establish ground for great new synergies to be born. Art cannot change the world, but we can influence people to do so.”

Jimin responded by saying, “Firstly, I would like to say it’s a great honour to be a part of this project and thanks to the participation of all the great artists and the curators.” Jin pointed out the strength of “positive messages”, and that he believed that “we’re able to make this really connected world where we have all these diversities that don’t split us apart but actually bring us together.”

“We’ve received so much support and love that we never expected or thought possible,” Suga added. “We’ve always been inspired by the ability of music to communicate across borders and barriers, which is not so very different from what art does, so I realise this is the positive influence of art and that has continued to inspire us.”

BTS are definitely not strangers to the art world. They frequently share photos of their visits to galleries across the globe on social media, while V (real name Kim Taehyung) is a budding painter himself, making this project one that’s close to their hearts. “Personally, I just became a fan of fine art last year,” admitted RM, “so I’m a beginner. Currently my favourite hobby is visiting all the galleries and museums and seeing all the great pieces – painting, sculpture, media arts, the spaces, and even the buildings. As I look at them, I see the lifelong journey and the struggles of their thoughts, it always gives me a thrill and a shock and inspiration. As we connect this together, I hope even more people can believe in the power of art, any genres of art, and that it can help change the world.”

“Contemporary art and music are also two different worlds,” continued RM. “The project is especially meaningful for us because it truly represents diversity and creates a collective, positive message for the world that we value. Through this project we hope to return the great amount of love and support from our fans, ARMY, and all audiences.”

Jungkook mentioned that BTS had “had a chance to talk with the artists, and what was meaningful for me was how the artwork was completed through the experience of the people who see them. We also communicate with our fans through our music and feel our performances are made through complete thanks to the participation of our fans.” V stressed that “we’ve learned a lot through this project and instead of thinking art is something difficult or complex, focus on your own experiences and emotions and that will make this a great experience for everyone.”

Next, Buenos Aires will see the presentation Tomás Saraceno’s “Fly With Aerocene Pacha”, where a human will “float into the sky powered only by the sun and the air we breathe”, according to a press release. It aims to set the world record for a fully solar flight, with the resulting film set to be shown from January 21 to March 22. During the presentation, Tomás Saraceno, who attended to discuss his work, added that it is a statement on the climate crisis.

Finally, New York City’s Brooklyn Bridge Park Pier 3 will be home to Antony Gormley’s “New York Clearing” – 18 kilometres of aluminium tubing that loop and coil without a beginning or end. Gormley attended the press conference to discuss creating a work “that has no barriers”. “I don’t know if it will actually work in the wind and cold of New York City in the winter, but we’re going to try and we’re building it on site over ten days,” he said. You can see it from February 4 to 27. As an added bonus, those at the exhibitions will be able to access a special artwork introduction videos by BTS, and if you can’t be there in person, the CONNECT BTS will host them on a portal marked “SECRET DOCENT”.

J-hope summed up their thoughts on this huge project. “Much like our music, art is very similar, I think the real value of public art shines when you can share the experience together,” he said. “So I hope this will be a good opportunity for us to give back some of the amazing love that we’ve received from ARMY, to be shared with ARMY and other people taking part in experiencing these exhibitions.” As a final remark, RM added: “We’re very happy and excited to be part of this project. We’re hearing words that the world doesn’t need art and art cannot change the world but we believe in the power of art.”