The iconoclastic artist speaks to us about his book, There Will Be No Quiet, working with Thom Yorke, and topiary genitals 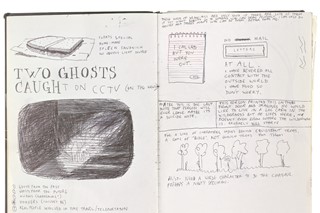 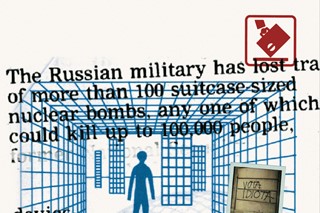 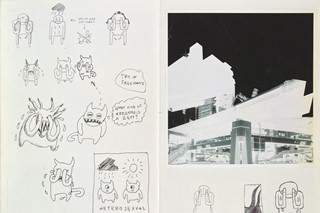 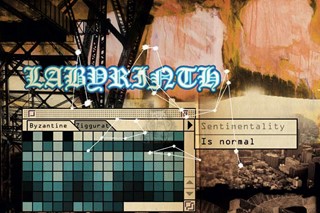 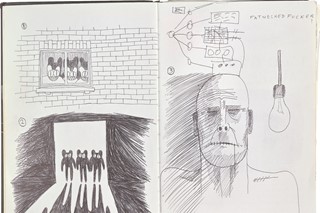 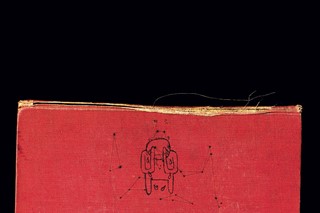 The plan was to smuggle 12 rolls of astroturf and some chicken wire into one of England’s National Parks and erect a series of giant topiary cocks across its stately grounds, or that’s what Stanley Donwood, the cult artist behind Radiohead’s artwork, first envisioned when thinking up the cover for what would become the band’s sixth studio album, Hail to the Thief.

“I was convinced I’d discovered some kind of truth, almost a spiritual revelation,” he tells me, arms flailing sporadically in the air. “I was on the train and everything was through glass, so flat, and it was this intersection: first there was brambles and barbed wire, and then I saw the way the clouds and the land intersected, and then it was sort of topiary. I could illustrate the fact that the land is incongruous with the sky, solid and gas, liquid and solid...” He cuts off, suddenly. “Sometimes I kind of worry about this person that I’m writing about in this book because it’s like, ‘That's fucking not me, no way’, I’m like the most normal, sensible, sane person I know,” he muses, before jumping back to the topic at hand: topiary genitals.

The book in question is There Will Be No Quiet, a collection of a chronological diary of photographs, sketches, and written entries over his 23-year-long career. His vision, which he later describes as an instance of “either transcendental lucidity or demented monomania”, is but one of many abandoned routes to Radiohead artworks detailed in its pages. It’s meant as a no holds barred dive into the 50-year-old’s creative practice, dedicated to his mum who passed away in 2017 – but, in reality, it feels like a walk through Donwood’s cerebral playground, complete with crying centaurs, Kid A bears, and computational phrases written in all-caps, like “DISCORDANT REVOLUTION” and “SMOG CHECK”, all icons that have come to define the Radiohead lore over the years.

Speaking with Donwood (we’re sitting in a co-working space in central London, one of those places with a private gym and a barista always at hand, the sort of place that Thom Yorke might satirise in his lyrics), you begin to see the method behind his madness. He approaches subjects with the same dialled-up enthusiasm as a child. His brain, much like his artwork, is a non-linear word soup, and he’s just as comfortable sharing his opinions on Brexit (“It's like the grownups have gone away and the kids have just eaten all of the sugary snacks, all in one go and now they're all really, really cross with each other,” he says) as he is Elon Musk (“fucking techno magician,” he scoffs), and Adam Curtis’ documentary, Hypernormality.

He describes studying fine art and English lit at Exeter University, where he and Thom Yorke met as students, as a “way of retaining your childhood intentions”. They’re sentiments you can see echoed throughout his work in child-like doodles of human figures, devils, centaurs, bears (some of which are weeping), which seem removed from the self-importance of adult ego. You see these figures juxtaposed onto moody, digitally composed images, like the album cover for 2001’s Amnesiac, which visually evokes the alienation and disillusionment that Radiohead sounds. “When I was a kid, I made all these vows (that) when I’m a grownup, I’m not going to learn to drive, which I haven’t done. I also vowed I wouldn’t have a mortgage, which I have done. I also vowed I wouldn’t have double glazing, which I have done,” he tells me. “I’ve basically compromised my childhood ideals on many, many levels. But I’m still making pictures and writing stories, so.”

In the interface to the book, Thom Yorke describes meeting Stanley for the first time: “He was a hippy who did fire-breathing. I was shaven-headed guitar-playing pretend DJ type who was going to do music.” When I ask Donwood what he thinks about Thom, he responds in a mock whisper, “He’s a musical polymath!” before adding, “He’s an argumentative little bastard.” When I ask him about their working relationship, he compares it to the card game of Shithead: “Basically no one wins,” he laughs. “What happens is that I do something brilliant and give it to Thom, and then he fucks it up really badly, saying, ‘What is that?’ Then he gives it back to me like, ‘What have you done?’ and then I have to make it good again, but then he makes it shit again. He’s going to kill me for this.” But considering the pair have been working together for the best part of 23 years you’d assume they’re used to it by now.

But Radiohead’s exponential success, from small Oxfordshire band to arguably the biggest rock band in existence today, is still something that takes Donwood by surprise. “No one really expected this to happen,” he tells me. “I do find it a little unreal that they’re really famous. I just think that’s odd.” And talking to Donwood, you get the feeling this disbelief translates to his own achievements too. “Perhaps I should get a job and stop fooling myself that I was some kind of artist,” and iterations of, are peppered throughout the book. In Donwood’s own words, There Will Be No Quiet is by no means the book of someone who’s ‘made it’ (even though many would consider to have) but rather, an account of the “things that went fucking terribly”. It shows that he doesn’t take himself too seriously, and (Shock! Horror!) that self-doubt doesn’t just disappear when you hit the big leagues.

Closing our conversation, Donwood opens his book to a sketchbook drawing from 1999: a simple doodle of a sandwich with the words, “today’s special home-made spleen sandwich”. He pauses. “What’s that? That’s just a picture of a sandwich. Like, fuck.” We both laugh. “Honestly, I don’t know why – what is a spleen, anyway?” I tell him about how sometimes, if you have a bad diet, your spleen can explode when you’re older. “Woah! Gross,” he squirms with the same intonation as a child who’s discovered a worm in the garden for the first time. “You wouldn’t put that into a sandwich, would you?” he says, before muttering: “God, I hope I’m cool enough for Dazed & Confused, I’m like 50.”