In this A Future World film, the singer performs an ode to mother nature and Doug Aitken’s mirrored hot air balloon 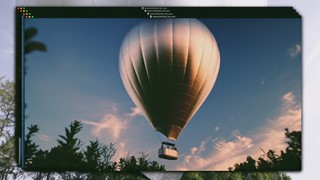 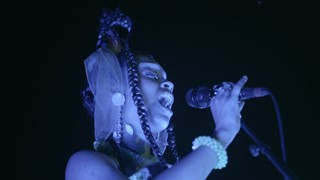 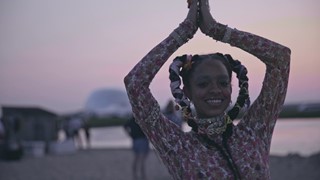 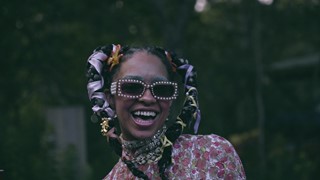 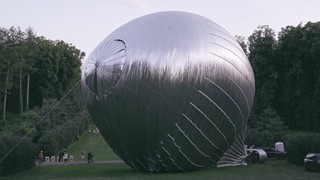 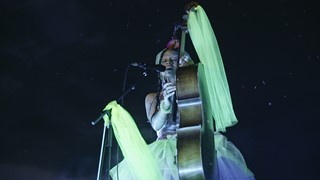 “Surrender to the nature,” proclaims Kelsey Lu, narrating the image of a hot air balloon gliding through the sky. She’s reflecting on her open-air performance on a beautiful island beachfront – the first stop on Doug Aitken’s road trip back into the earth.

“Tonight was an ode to (nature’s) existence,” Lu muses, “and an awareness of something that is of the utmost importance to our time. A reminder of how we’re here, how we’re just existing on some planet.”

The singer is performing as part of Aitken’s New Horizon project, which attempted to fly a mirror-surfaced hot air balloon through the skies of Massachusetts, and touch down at six points across the state over three weeks. “It’s a road trip of the future,” the artist told Dazed in July, “It’s not an homage to the past in the sense of discovering lost towns and reconnecting with a forgotten landscape. Instead, it’s looking at this idea of ‘where are we going?’”

As Aitken travelled through the sky in his gleaming floating home – when it actually took flight – Dazed’s A Future World captured the madness and beauty of the adventure, and the magical visits to land. In our new short film, Lu tells us about her chaotic journey to the island of Martha’s Vineyard, detailing her hungover battle with flights, desperate search for a cello bow, and awe-inspiring moment of peace as she watched the balloon inflate (and deflate).

Doug Aitken’s New Horizon was presented by The Trustees as part of their Art & the Landscape initiative, and ran from 12 – 28 July 2019 at multiple sites across Massachusetts. For more information, please see here

“As it was going up, I felt like my body was going outside of itself,” the singer jokes, “(I was) imagining being lifted by science.” Dancing in front of luminescent lights under a pitch-black sky, Lu is an ultraviolet vision whose mid-show outfit change sees her substitute a neon tulle skirt for a soft lilac gown.

Originally set to perform inside Aitken’s hot air balloon, Lu was ultimately grounded because “nature has a mind of her own; she does what she feels”.

The musician’s concert was the first of half a dozen happenings – preceding performances by Mac DeMarco, Moses Sumney, and Julianna Barwick – which brought pop culture’s most creative thinkers together with technologists, climate experts, and humanists. Created with the help of The Trustees, America’s oldest land preservation organisation, Aitken hoped each New Horizon landing would act as a springboard for conversation, performance, and the emergence of new ideas.

Dazed’s A Future World project originally launched in May, and brought together youth activists – including Greta Thunberg – politicians, musicians, climate experts, artists, and more to look at the state of the world, and offer a radical imagining of what our planet could be.

Watch the New Horizon film with Kelsey Lu below, and look back at our A Future World campaign here.

Doug Aitken’s New Horizon was presented by The Trustees as part of their Art & the Landscape initiative, and ran from 12 – 28 July 2019 at multiple sites across Massachusetts. For more information, please see here