It’s hard to imagine anybody but David Bowie playing Thomas Jerome Newton in The Man Who Fell To Earth. Nicolas Roeg’s 1976 film – adapted from Walter Tevis’s novel of the same name – was the musician’s first starring role, following an alien who comes to Earth in search of water before developing an addiction to sex, alcohol, and television. At one point, though, the director was considering a very different lead actor for the role – Jurassic Park and Westworld novelist Michael Crichton.

“I’d been thinking, the movies always treat aliens as little green men,” Roeg told Time Out in 2011. “I imagine if aliens came down to Earth, they’d actually be quite tall; people seem to get everything right about extraterrestrials but the size! At that very moment, this dashing man walked over who seemed to be seven feet tall. That was Michael Crichton. I think we even discussed the idea of him playing Mr. Newton for a while after that first meeting.”

Bowie didn’t quite match Chrichton’s 6’7” stature, but Roeg came around to the idea of casting him as the paranoid Thomas Newton after seeing Cracked Actor, a 1975 BBC documentary by Alan Yentob that followed the musician across North America on his Diamond Dogs tour. Yentob’s documentary captured Bowie travelling in the back of a limousine, wearing a fedora, and in the midst of a heavy cocaine addiction. It’s an image that Roeg borrowed for his own film. 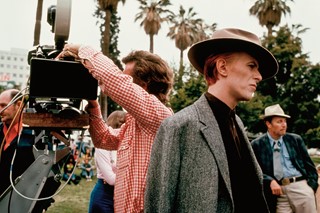 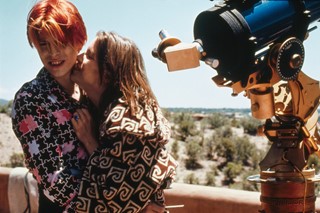 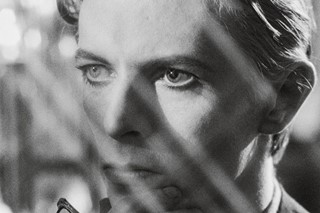 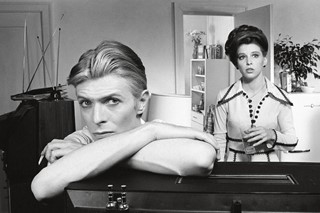 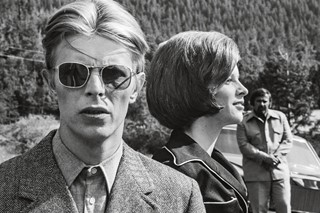 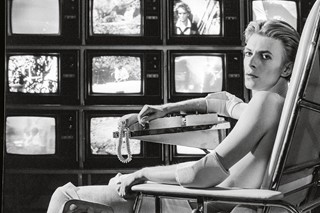 “Cracked Actor showed the singer as a thin, fragile, fragmented personality who always seemed on the verge of a nervous breakdown,” explains film historian Paul Duncan, who has edited a new book which combines stills from The Man Who Fell To Earth with behind-the-scenes images by photographer David James. “When Nic Roeg saw this, he immediately recognized that this was the character of Newton, and contacted Bowie in the hope of casting him. Bowie agreed and kept the same wardrobe, the same limousine, and even the same chauffeur for the movie. For Roeg, the Tevis novel was a starting-point for him and screenwriter Paul Mayersberg to take the themes of alcoholism, and failure, and to meld it with Bowie’s stage persona and the other tragic themes they wanted to explore.”

When The Man Who Fell To Earth was first released, Variety stated that the film’s cult status seemed assured, and in the subsequent decades it’s come to be considered as a crucial film of the 1970s. At the time, however, the film’s beguiling visuals and fragmented editing style (which owed more to the Surrealist movement and experimental author William S. Burroughs’ ‘cut-up’ techniques than traditional continuity editing) frustrated audiences. That the distributor cut the film by 20 minutes didn’t help, either.

“The film intentionally dissolved from one scene to another without explicitly stating if the time or place had changed, which meant that the viewer was constantly disorientated,” Duncan says. “You have to look to experimental films of the past – like for example Maya Deren’s Meshes of the Afternoon, or the surrealist films of Luis Buñuel and Jean Cocteau – to experience a similar dreamlike feeling.”

Taschen’s The Man Who Fell To Earth is out now