They just can’t get enough: how a synth pop band from Basildon broke through the Iron Curtain and became a genuine subcultural force 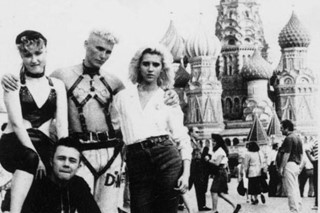 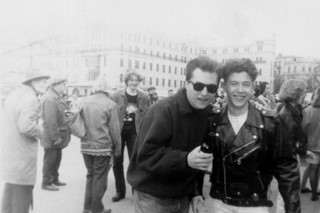 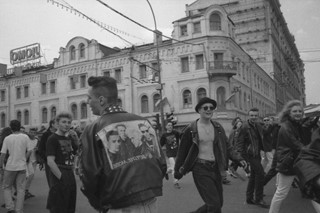 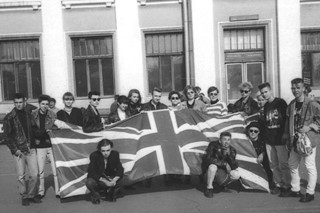 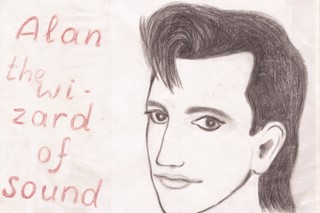 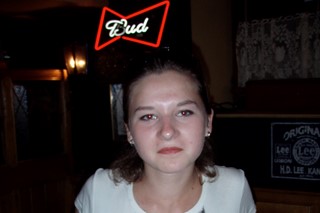 When Depeche Mode first touched down on Eastern European soil in 1985 as part of their Some Great Reward tour, there was no way of judging what reaction they’d get. The British synth band had, for the first time, been able to arrange concerts in Warsaw and Budapest – but with their records banned behind the Iron Curtain, they had no record of sales to judge their popularity. And if anybody did actually turn up to see them live, they wouldn’t even make a profit for their live performances – at the time it was illegal to take money out of Poland and Hungary.

The phenomenal response they received, as illustrated in Trevor Baker’s 2009 book Dave Gahan: Depeche Mode and the Second Coming, completely staggered them. The group were unable to walk the streets in these two cities without being mobbed. In Hungary specifically, groups of fans that referred to themselves as ‘Depeches’ waited for hours for band members Dave Gahan, Martin Gore, Andy Fletcher, and Alan Wilder outside their hotel – dressed exactly like them – and then surrounded them.

At the concerts, the fans sang along to every word. Against the odds, they’d managed to get their hands on copies of Depeche Mode records and had completely devoured them. It helped that the band’s style of synthesiser and drum machine-driven electronic music transferred a lot more clearly than scratchy punk guitars when it was bootlegged. Something was very clear – fandom of the band had become a subculture in its own right in the Eastern Bloc.

Gabor Suller, a 38-year-old superfan originally from Tiszaújváros in Hungary and now living in Budapest, says he first heard the band’s music as a very young child in 1983. He listened to the song “Work Hard” on a bootleg tape copied by a friend of his older brother, and by his teen years he’d become a “real fan”, translating all their lyrics from English into Hungarian and travelling 150 miles each way with his friends in order to attend Depeche Mode discos put on by the country’s fan club at Petőfi Hall in Budapest – at their height, these attracted over one thousand people.

But why did Depeche Mode’s records speak to him and his friends in Hungary so much? “I’d say we are a little bit melancholic,” he says. “We have always been under some kind of regime, whether it be the Ottoman Empire or the Soviets, so we always look for something else to lead us. The music was such a new sound, unlike anything we had heard before, and Martin (Gore)’s lyrics just touched our hearts and made us happy. It felt like they were supporting us and wanted to inspire us to make our lives better.”

“As their music was forbidden in the Soviet Union, it attracted those who chose to think differently about the situation we were under” – Andris Urbanovic, Depeche Mode fan

“In my opinion, Depeche Mode became so popular in Eastern Europe thanks to their lyrics, rough sound elements, and aggressive visual looks – leather clothes, bleached and shaved hair, and so on,” 46-year-old Andris Urbanovic tells me. “As their music was forbidden in the Soviet Union, it attracted those who chose to think differently about the situation we were under.”

Urbanovic, who has been a fan since 1986, runs the DM Bar in Riga, a nightclub completely dedicated to the band. There is another, non-affiliated and older club in Tallinn that has been visited by the band themselves. Both establishments are covered in Depeche Mode merchandise (from cardboard cutouts to tour scarves and lyrics scrawled on the walls in different languages) and both put on regular parties playing the band’s music as well as records by other ‘industrial’ bands. “Depeche Mode gigs in Latvia are very well-attended, especially when you take into account the relatively small population – and we get a lot of fans from other Eastern European countries who make a special trip to the bar,” Urbanovic adds.

However, Russians appear to be the most devoted fans of Depeche Mode. This is something artist Jeremy Deller and filmmaker Nick Abrahams found when they directed their 2006 film Our Hobby is Depeche Mode, speaking to super fans from around the world, many of whom were based in Eastern Europe. “In the 1980s Depeche Mode was to Russia what Elvis was to 1950s America,” Deller remarked at the time of filming.

“I found the Russians were the best at recording everything to do with their fandom,” Abrahams says. “The fans we spoke to had kept their old photos, videos and letters, almost as if they were religious relics.”

“The Russians were the best at recording everything to do with their fandom. The fans we spoke to had kept their old photos, videos and letters, almost as if they were religious relics” – Nick Abrahams, filmmaker

Yuri Rybalov, a 44-year-old Russian currently living in New York, has an amazing collection of photos featuring his devoted friends in Moscow in the late 1980s and early 1990s. They show him performing Depeche Mode songs (“I ran parties and would get up on stage and lipsync to their music”) and sitting in a bedroom adorned with posters. Today, he remains a major fan, having seen the band “at least 38 times” in various countries around the world.

“I first heard Depeche Mode when I was a teenager. My sister brought home an audio cassette with ‘Black Celebration’ on it,” he says. “I had never heard anything so electronic and so dark – I felt it really spoke to me and opened up my heart. Their music became an emotional outlet.”

Russian fans used bootleg material that they shared with their friends (it reportedly took the 1990 album Violator a year to spread across Russia), and the band themselves didn’t play the country until 1998 – a concert Rybalov missed as he’d already moved to the USA by then.

Rybalov says that the Russian Depeche Mode subculture really gained traction around 1988/89 – and that he was a major part of the scene. “Around that time we all started gathering in Moscow’s Mayakovsky Square – interestingly, a major site of political dissent in the post-Stalin era of the 1950s and 60s – most days,” he says. “It was kids from all age groups. I would travel for an hour to hang out with other fans. People would be dressed up and wear leather outfits to belong and be part of the scene.”

The major event each year fell on May 9 – lead singer Dave Gahan’s birthday, colloquially known as ‘Dave Day’, and, conveniently Russian Victory Day, which commemorated the Soviet Union’s WW2 victory over Nazi Germany. A ready-made opportunity for people to gather together.

“I didn't actually know if Dave Day was a bit of a put on – it was only when we got to Russia that we realised the strength of love for Depeche Mode there, even today, and that Dave Day is genuine,” Nick Abrahams says. “People gave us gifts, such as VHS videos of Dave Days in the past, and we saw the extent of it. Also, it's not just Dave Day – there’s a Martin Day and a Fletch Day, but Dave Day is the main event.”

“The band were like kids from a Russian province. Most of us were working class kids that worked really hard for everything we had in life... the USSR government didn’t care around ordinary people, but Depeche Mode had a voice and represented themselves in music” – Yuri Rybalov, Depeche Mode fan

Rybalov himself attended. “It was something we cherished. Thousands of us would gather together and have a big parade,” he remembers. “We carried boom boxes playing Depeche Mode and sang along to the songs without knowing the words properly in English. It was a bit like being in a cult. It’s still celebrated but it’s a lot different now, people mainly gather together and drink and smoke in parks now.” Was there was ever any trouble, especially with the police? “The first time, as we were all dressed in black, some police spoke to us as they thought we were pro-Nazis. Most trouble was people getting drunk and getting into fights.”

Though these clashes may now not exist, the band remain immensely popular in the countries to this day, and they are about to hit a run of stadium dates in Eastern Europe as part of their mammoth global Spirit tour. This is something both Suller and Rybalov put down to the fact that Depeche Mode’s working class Basildon background makes them very relatable.

“The band were like kids from a Russian province,” Rybalov says. “Most of us were working class kids that worked really hard for everything we had in life. It felt like the USSR government didn’t care around ordinary people, but Depeche Mode had a voice and represented themselves in music. We heard these guys dressed strangely in leather and creating sounds with sledgehammers and old pipes, and that was so authentic and so real to kids living in industrial areas who didn’t have much apart from each other.”

“Depeche Mode motivated me and other Hungarian people to learn and do new things,” Suller says. “I came from a poor family and never gave up, I continued my studies and became a professional guy and I would be nothing without them. I will always remember the time the whole Hungarian fan club sang and moved together. Life in Hungary is not so easy, so for us music is a supportive thing. They (Depeche Mode) brought the people together.”

Depeche Mode conclude the European leg of their Spirit tour with a run of Eastern European dates starting at St. Petersburg on July 13