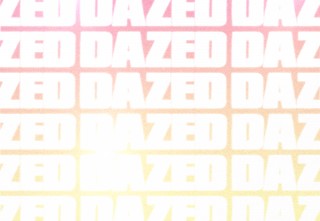 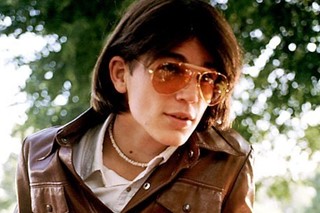 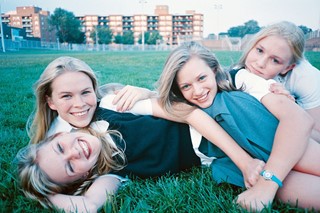 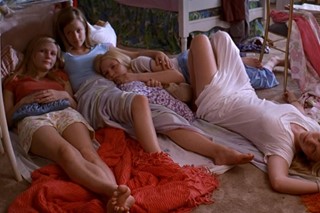 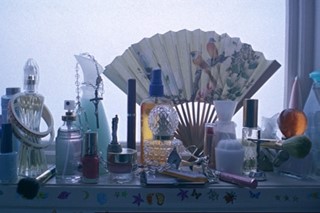 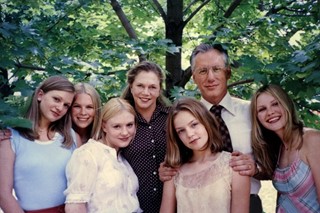 The so-chill sounds and dulcet Moog-noodling of French duo Air gave suburbia its time in the limelight over a decade ago in The Virgin Suicides. It’s been 15 years since the film was first released in the UK, and since we were first introduced to the four Lisbon sisters – Cecilia, Lux, Bonnie, Mary and Therese – in their laced nightgowns, milky blonde hair and flushed teenage cheeks. Whilst Sofia Coppola’s dark and hazy directorial debut was iconic because of its whimsical, dreamlike aesthetic and demure 70s fashion, it was Air’s original film score that elevated it to such atmospheric heights, striking an odd balance between sinister and blissful, like the sunny suburban neighbourhood in which they lived. To celebrate the 15th anniversary of The Virgin Suicides, Jean-Benoit Ducknel and Nicolas Godin from the French duo let us in on some of the secrets that surround one of the most culturally resonant film scores to date.

THERE’S A REASON IT’S SO FEVERISH

Jean-Benoit Dunckel: “When we were recording the drums and some of the main tracks for the film, I got really, really sick and had an awful fever and I was about 40 degrees for the whole week we were recording. I honestly feel like the fever went into the music. When I had this fever, my senses were really strong and I feel like I was making better music than before. My body was all hot and everything was happening really fast.”

“DIRTY TRIP” WAS MEANT TO BE USED FOR A DIRTY SCENE

Jean-Benoit Dunckel: “My favourite scenes were the ones that were cut out of the movie. There’s this one moment when Lux is really into drugs and sex and she touches the ‘package’ of a boy and when we saw that scene, Sofia was embarrassed so she cut it out. But that was my favourite scene because I felt like they were confused about the difference between love and sex. Anyway, for that scene we recorded ‘Dirty Trip’ and we gave it this kind of dirty, nasty rhythm. But in the end, it was used for a different scene altogether. I feel like Sofia wanted to get rid of all the nasty, depressive and negative aspects of the Virgin Suicides and this scene with this track didn’t fit in with that.”

IT WAS INSPIRED BY HOW SHIT BEING A TEENAGER CAN BE

Nicolas Godin: “I really hated being a teenager. It was a pretty horrible time, and although I had good friends, I am so happy to be out of that time. As a boy, you can’t date any girls that you’re in love with in your class because they always go for older men and fall in love with someone who is three or four years older than you. I definitely brought that to the film score, this idea of not being loved enough.”

IT WAS SUPPOSED TO BE DARKER

Nicolas Godin: “We first met Sofia when we did our debut album Moon Safari and she told us about this movie she was doing and how she wanted us to score it. So we read the book and it was so dark, so we made music that was very deep and very dark to go with it. When Sofia sent us a videotape of the rushes, they seemed very dark also. But when I saw the final edit of the movie, I thought it was so much lighter. She had mixed it and completely transformed it. I was worried that the music was too dark for the film, but it seems to grow old well and people seem to appreciate the fact it has this quality.”

Nicolas Godin: “People think that because Air’s music is so ‘soundtrack-y’, we’d always be good at making a soundtrack, but that’s not true. It’s a real job and a commitment and it’s hard as an artist, because you have to stick to the vision of another artist. We could do it back then because we were young and fresh, and not disappointed like we are now. We were so happy with the music and movie, but these days I am much older and I would be sad if we gave our music to someone and they decided not to put it in the movie. I think that’s why I couldn’t do it ever again.”

Jean-Benoit Dunckel: “I remember that when watched The Virgin Suicides at the cinema, I felt trapped. I think the real spirit of the soundtrack is this fascination with death and the fascination with having your spirit floating when you die and how you may suddenly feel free and liberated from earth, from all you are and the adult’s world that you actually hate. I’ve never wanted to kill myself and I’ve never felt that bad, but I think the music in the film is a lot about this idea.”

THEY HAVEN’T LISTENED BACK TO IT SINCE

Nicolas Godin: “I never listen back to what I’ve done, so I don’t know what the soundtrack sounds like now. I think it’s depressing to listen back – like looking through an old photo album or something. But the funny thing is, every time I travel and meet fans, they all tell me about this soundtrack. It seems to be one of the best things we ever did and the thing that people like the most.”

IT CHANGED THEIR LIVES

Jean-Benoit Dunckel: “After we did the music for The Virgin Suicides, everything changed for the band so much. People thought we were white trash before, but when they heard the soundtrack it was so deep and magical that we gained more respect. I think it's also because we were associated with the name ‘Coppola’ and because in France we have this really strong cinema culture, so we suddenly gained a lot of respect form the French media. And, of course, the soundtrack became legendary.”