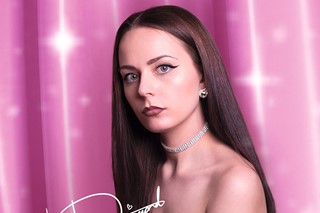 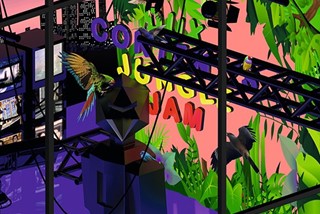 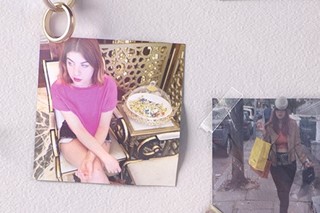 Taken from the autumn/winter 2014 issue of Dazed:

PC Music has never manufactured a physical release, yet puts out music with the rapid-fire of a pop factory, the ideology of the avant-garde, and the critical awareness of the best net art. Under the direction of young London-based producer and label impresario A. G. Cook, the collective makes personal, electronic music that often sounds as if it were recorded on a PC World desktop. Each track, mix, EP or album is pushed out into the world with its own webpage and aesthetic. This is invariably as confrontational, shiny and commercial-soaked as the music itself. In the vein dug by collaborators DIS and many other net-art pioneers, PC Music easily speaks the language of corporate culture and wryly deals with the fractured dischord of 2014 lyfe. A. G. Cook – who describes Pitbull as “amazing” and reworks Carly Rae Jepsen for his mixes – and his collaborators offer a different vision of this: a hit of digital-modern pop-art more instant, more intimate and more intense than anything else available  on the market.

Five members have created an image inspired by their hyper-real pop music and internet ephemera. Hannah Diamond’s minimal melodies and spoken/sung stories of loneliness and love have been some of the label’s breakout hits, totalling 100k-plus plays on SoundCloud, and are accompanied with spinning stars and Diamond’s heavily retouched self-portrait.  “She’s the first and best example of someone who’s so in control of their own image,” A. G. Cook explains.  “Some artists say they do their own make-up or their own choreography or their own songwriting, but she does her own retouching. She is the final point  of it going to press.”

For Dux Content, a brand-facing duo in search of a commission, downloads of their album of jingles were triggered by right-clicking on a swirling hard drive. Here, A. G. Cook and composer Danny L Harle present the next iteration of their prototype commissions: working with children on a TV programme Dux Content’s Jungle Jam. “With our page, it’s a fantasy commission of us doing a kids TV show. We’ve really put thought into it. We could make a real show if we were asked.” GFOTY,  PC Music’s most confessional and diffident voice, shows her distorted camera-phone self-portraits; and Lipgloss Twins, a duo of “identical twins that have nothing in common”, show a full-bleed image that “references that kind of ‘Lipgloss’ sound that is slightly bickering and over enthusiastic about the whole thing.” It ends with a refreshing can of QT – a fantasy drink for a fantasy act – billed as a new popstar with an energy elixir. “Energy drinks are a big part of music right now,” A. G. Cook says of the PC Music-affiliated act. “You can have an energy drink using music to raise its profile and vice versa.” Perhaps a Monster sponsorship is just around the corner.

Since their first upload to SoundCloud in June 2013, the label has worked with over 17 different acts. Aside from the shared aesthetic and hand of A. G. Cook, it’s music more divisive, fascinating and current than anything else being released today. It’s the kids – and it is mostly kids that fill out their DJ gigs and crowd their online world – that love it,  truly love it. There are big releases coming up: Hannah Diamond will soon present her next, fully fledged single, and later in the year, QT will release a 12”. But for now, time for the bickering, enthused, frantically creative life of PC Music to take over.