Last week, Dazed took over the McQ store in Dover street for the first in a series of four talks exploring the intersections of the arts and technology. Our guest for the evening was DIY musician and designer Tom Vek, who's just released his third album Luck as well as designing an immersive music app, Sleevenote. The elegant interface gives users the experience of a physical release's artwork, as you can flip over LP sleeves to reveal the back cover and select tracks by tapping the design. Below, read our ten things to take away from the talk. Special thanks to Ciroc vodka and Fountain of Youth coconut water for the delicious drinks.

Uncut Tems: the rise and reign of the queen of alté R&B
McQ X Dazed11 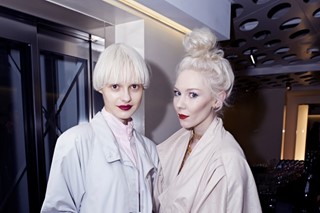 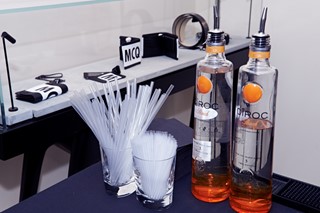 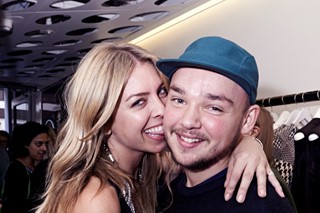 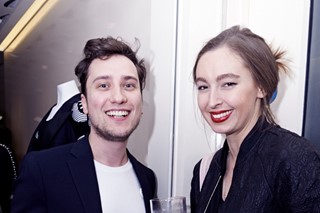 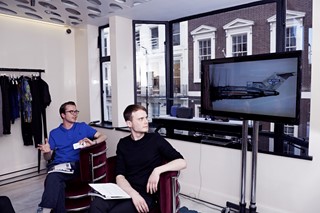 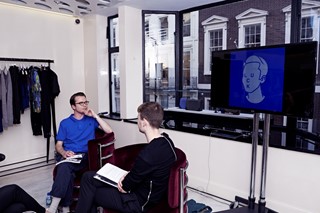 What happened to mixtapes?

Tom Vek: “Music artwork is what really got me into graphic design. When I was making music in the mid 90s I would record it onto CDs... I felt compelled to design the artwork, print it out and snap it into the CD case. Then it seemed like it was real – I could put it in my CD rack and it was the physical manifestation that would make it feel like a real thing.

You don't see the extent of Kanye's twisted fantasy in iTunes.

Tom Vek: It seems completely fitting, to the character of this record that the track listing (of My Beautiful Dark Twisted Fantasy) would be obnoxious and lofty, and trying to be challenging and have that high class (feel). It does seem a slight disservice take this presentation and then put it in Ariel or alternating shades of grey in iTunes.

Beyoncé is a genius (duh)

Tom Vek: "It's meant to come across like its not been designed, but anybody creative would know that (BEYONCÉ) probably took longer than a really complicated cover. It’s pretty simple but you still have a slight quirk to it, like the 5th track down "No Angel". It continues this aesthetic of the record and, to me, as a designer, that’s the purpose of what you’re doing. It keeps you in her world."

Tom Vek: “It's the noun of someone who has chronic empathy. I think a lot of lyric writing and song exploration does take you down emotional paths. (But) I’m always trying to double bluff myself on the emo side of my music, because everybody can be sad or whatever."

Tom Vek: "(With my new album cover) I just like the shape of the letters. And it seemed like this character is almost having their senses replaced by branding. I had a mock up for this, and I gave my friend Ferry a shout, who I studied with who actually does all the Major Lazer artwork. I’ve made this choice not to have Tom Vek written on this album cover It’s meant to be this mysterious thing that can look good on a t-shirt – only another fan would know what it is.

Tom Vek: "I think I have very different taste in art and music, which I then think is quite funny to put something really clean on scruffy music."

Tom Vek: "I loved checking for (secret) bonus tracks when I was younger. The big boss one was the rewind from the Track One bonus track. There was that Ash album where you rewound and then ten minutes of them like throwing up or something. But the thing about bonus tracks now, and hidden tracks in particular, is that they get very exposed to you. You can see on iTunes of there’s a bonus track, and they call it a hidden track."

Tom Vek: "It’s just scratching that itch for me really. it shows what music is on your phone, what’s synced with your iTunes, and we can add the reverse artwork and you play the tracks by tapping the artwork."

It's not an archive

Tom Vek: "I’ve been working on (Sleevenote) in relative secrecy. There’s no attachment with me as an artist. But I want to get it out there to see if people can start supplying (back and front covers) because there’s a lot of stuff out there that could have the artwork. It’s not even an archive – with vinyl being so strong there’s still tracklisting art done, so it’s not nostalgic like this record by The Knife , it’s so obnoxious – that colour just continues (throughout the artwork)."

The joy of bad taste

Tom Vek: "I’d have to say that my favourite album artwork is on my favourite album because it’s that association. I remember having great long debates at art school about this because great artwork can’t sell a terrible album, and an amazing album’s artwork will become iconic and influential. I found myself trying to design in a kind of bad taste kind of way because I wanted to associate myself with the aesthetic of 90s alternative, like Beck and Eels."