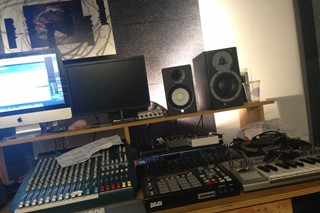 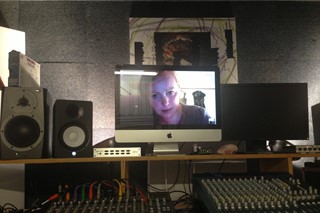 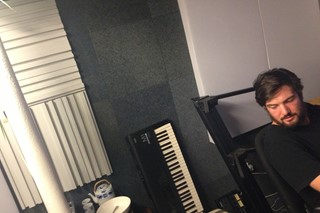 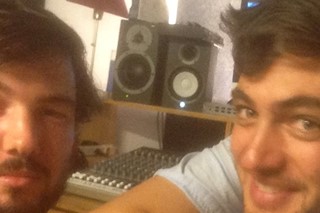 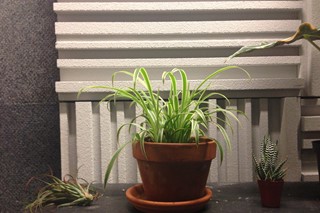 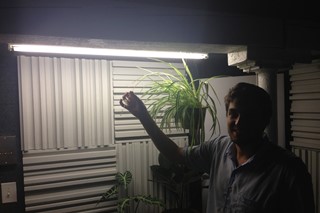 “Expectations are the route of soul suffering,” says Sam Haar of New York duo Blondes before breaking out in laughter. “Or something.” He’s talking about the starting point for their new album ‘Swisher’. While it’s officially their second full-length, it is - in a creative process sense - their debut. Their self-titled first album compiled a series of 12”s while ‘Swisher‘ was meant to be an album from the start, which is about the only thing the pair knew about it. “I think if you start out with an idea with an end result goal, it will just frustrate the hell out of you. It’s better to let the process just do it,” continues Haar. Creative process is everything to Blondes: they tease raw, often ecstatic, house and techno from their analogue set-up, bouncing off one another in the live moment. “What’s nice about working with a lot of hardware is that you’re always expanding and contracting your instrument,” picks up Zach Steinman. That expansion and contraction is at the heart of ‘Swisher’, an album born from an ingrained desire for evolution.

It couldn’t be further from anything they’ve done before: where ‘Blondes’, and their ‘Touch’ EP before it, arced skyward, aching for release from the material world, ‘Swisher’ stoops down low to observe the dust and cracks. It’s on a journey to the centre of the earth tip, a realm populated by stalagmites and stalactites, shaped by salt deposits and the slow-motion collision of tectonic plates. Their evolution, then, is one from transcendence to meditation; from escape to embrace. And it’s grip is all the stronger for that.

In a way, their journey makes perfect sense: Blondes came to club music fresh from playing in experimental jam bands in college, enamored with the idea of wringing ecstasy from loop-based repetition. Conversely, with its emphasis on earthy sound design, ‘Swisher’ is a living, breathing evocation of what happens when you awake from the trance and see things with new eyes. Suddenly it is the detail, not the blur, that satisfies.

The drive behind that change is part maturity and part circumstance: touring ‘Blondes’ took them a world away from the NYC warehouses and dives they first played. “A lot of that more trancey, transcendental stuff that we’d done in our previous music was based on playing in places with shitty soundsystems,” explains Haar. “Instead of doing those lush, transportive moments, we got into the joy of the intricacy of the sounds themselves because they come across in better soundsystems.”

They made the record in a two month period with a methodical approach: clearing out their sound banks, making new sounds from scratch and splashing out on some new gear. “It wasn’t just getting new equipment,” insists Haar. “It was that we were pushing ourselves to use the equipment a little more dynamically. Before we’d have certain ways we’d use the equipment, certain patterns we’d fall into and we were trying to break those and come up with new and more dynamic ways of interacting with it. That’s what led to a lot of the more in-depth sound design. We needed to try and figure out new ways.”

Breaking patterns as a route to somewhere new has clearly got under their skin. Outside of Blondes, Steinman is working on an art collaboration with his friend Tear that explores ideas of production and consumption, while Haar took off to Nepal after they wrapped the record: “I just wanted to get out of internet saturation, New York world and go hike in some remote mountain valleys with ancient culture.” Where they go next is anyone’s guess. “I feel like our last album was a collection of short stories where as this one is a Kafka novel or something,” jokes Steinman. Haar picks up the thread with a grin: “Next up, War and Peace.”

Blondes on their process

Steinman: “I think some people when they make music they listen a lot to other music that they want to be in their head when they’re making it but we rarely do that. It’s more just our interaction with the instrument we’ve created through the routing and the pedals and the sounds. Just the way we play: that’s where we started making music.”

Blondes on growing up

Steinman: “I think we’re a lot more practical now. At the beginning of Blondes, it was all new and so exciting. Then when you sink into a practice, you’re building on that and thinking about it differently. Basically, trying to be a sustainable human is really important.”

Steinman: “Yeah, like: I have to be a bit more responsible...”

Haar: “I don’t know how some people do it. I’ve never been a true hedonist, a true bacchanalian. I definitely love my share of hedonist and fun but after you do it for a while and it’s club after club, it’s just like, there’s no salvation here. There’s good catharsis and social exchange. But there’s no salvation.”

Haar: “It’s not that there’s nothing new under the sun but that one specific spectrum was exploded open [by previous generations]: the concept of what is music. The concept of the avant-garde in creating new forms of music. Basically to do that you have to already think that what is music is already restricted. It was, historically. But the restriction was completely dismantled and anything can be music now. I mean, what do you do after John Cage? You can’t be radical in redefining music after John Cage because he redefined it to be everything and anything. It’s not that you can’t create new forms of expression or anything. But in pushing boundaries - the boundaries have been pushed until everything is within so there is no boundary anymore. So then it’s all about, okay, there are these forms and languages in music - dance music, techno, house, psychedelic folk, I don’t know - and what you do with those, maybe a fusion of different things, that’s all ripe for expression.”

Haar: “I’ve been thinking about that a lot. I don’t think it’s a bad thing though. I think it can come off as, [puts on whiny voice] oh, there’s nothing new to do. I think that what is going on now that is so interesting, via the internet blah blah blah, is that all these different forms of music can be communicated between so many people and played with. There are so many more musicians active now - and audiences. That is what exciting about now.”

Steinman: “Everything’s got more idiosyncratic and complex with what it’s pointing at and what it’s taking from. There’s where the expansion comes in.”