The US rap outfit released Midnight Marauders in 1993, their most immaculate work to date

Despite five studio albums and endless compilations, for crate-diggers, Midnight Marauders (1993) – ATCQ’s third studio effort – is considered the group’s most immaculate work to date. Laced with their signature jazzy aesthetic, the LP featured chart-topping hits likes “Award Tour” and “Electrical Relaxation”. Hard to believe it’s been twenty years. The future remains ambiguous, but Dazed sat down with Ali and Phife to talk about a recent turn of events and the art of jazz. 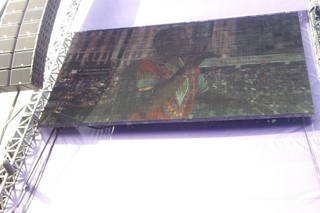 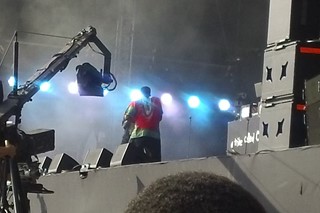 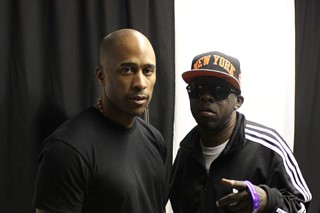 Dazed Digital: In 1998, The New York Times reported on your last New York show at the Hammerstein Ballroom. Why did you think it was the end?

Phife: We all talked about it. It was a mutual decision in the group. Our last show was actually later that week in Rhode Island, but that was the last show in New York. Of course it was emotional because that’s home. But we all knew it was coming to that, we had discussions prior so it was a sad state of affairs but at the same time it was love.

It was an emotional rollercoaster because we’ve been doing this together since we were 14 years old. We came in this together and we were going out together. Now, did I think we’d be doing [reunion] shows again at that time? I really didn’t. And it wasn’t until 2004 that we started doing shows again. God has a plan so it worked out and other than us being band mates these are my brothers so I always welcome it with open arms, plus the money’s good.

DD: When you were initially approached by Michael Rapaport for the documentary Beats Rhymes & Life: The Travels of a Tribe Called Quest, were you receptive to the idea of doing it?

Ali: Well there was a conversation I had with Nas maybe a week or two prior to that cause Nas was on the "Rock The Bells" tour as we were and I think Nas was getting into film production at that time so he was saying, "You guys should really document that. You guys are our hip hop heroes and the fact that you guys are coming together to do this is historic and there is nothing on you guys in terms of that visual perspective to tell another story." It was like he planted that seed, and then Michael had come, maybe about a week later, with the same conversation. We weren’t sure what was gonna happen just in life and the fact that we sort of secured our own legacy musically, but in terms of visuals, it’s something that we talked about but we had never put into action so this opportunity may not come again so let’s just go for it, and combine Nas and Michael as producers.

DD: How important is jazz to hip hop?

Phife: Definitely important to us. That was our meat and potatoes, bread and butter so to speak, whereas other people did other things. A lot of people duplicated certain others, so [the jazz and hip hop element] was our thing. We just wanted to be ourselves and we enjoyed it. I don’t like to call it fusion, but to be able to take jazz and put some hard drums – that’s what we mean when we say hip hop; we’re really talking about drums and so forth.

Ali: I think one of the most important aspects of jazz is the improvisation aspects of instrumentation and having these solo moments where the artist is just being free. The relativity to hip hop is when the emcee is just rhyming or freestyling or whatever and it’s just the freeness and the movement that’s unrestricted. What’s their style, what’s their cadence, what’s the rhythm, how’s the movement on top of the movement?

DD: Do you feel that it is important for artists of any genre to be versed in different forms of music?

Ali: The most important thing a musician can do is be honest with themselves and take influences strictly from one environment or a multitude of different environments from different genres, it’s more heart-felt and longer lasting.