Moroder vs the machines! A preview of our exclusive June cover story shot by Hedi Slimane, on sale this Wednesday 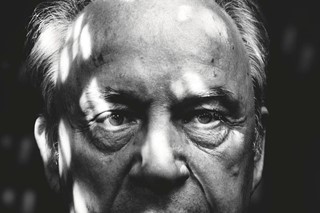 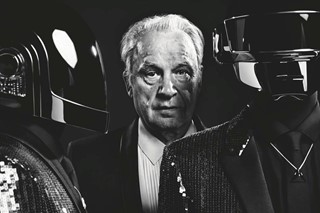 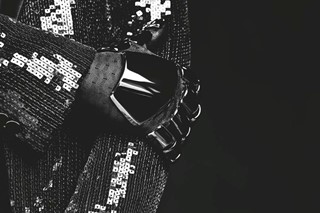 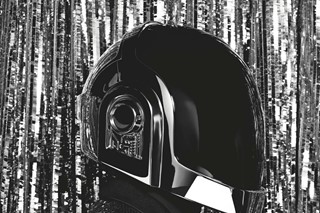 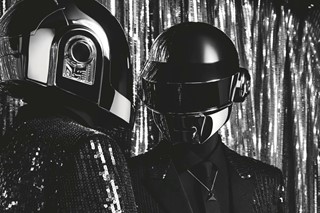 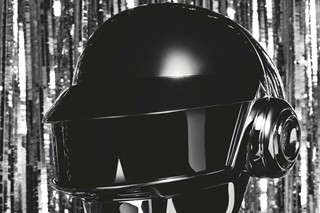 The robots have returned.

When Daft Punk last graced our cover in 2010, Thomas Bangalter and Guy-Manuel de Homem-Christo talked at length about their retro-futurist soundtrack to Tron: Legacy. But there was one subject that they flatly refused to go into detail about – their follow-up to 2005’s Human After All.

Two and a half years on, the duo are finally ready to reveal all with Random Access Memories, their love letter to the disco era. One of the album’s highlights is “Giorgio by Moroder”, a nine-minute tribute to the Italian synth hero responsible for Donna Summer’s “I Feel Love”, Blondie’s “Call Me”, Berlin’s “Take My Breath Away” and some of the most iconic scores  in Hollywood history, including Scarface, Midnight Express and Flashdance. So, we felt that it was only right to bring them face to face for a secret pop summit in Los Angeles. Shot by Hedi Slimane, it is the first time the Punks have been photographed and interviewed with anyone else. To whet your appetite until our Masked Rebellion issue drops this Wednesday – with two covers to choose from – here are ten snippets from the interview that we just couldn’t keep to ourselves any longer…

Guy-Manuel De Homem-Christo: It was a really special process. Every album we’ve done is tightly linked with our lives. You cannot separate your life and your music and your job; everything’s linked. The internal, personal stuff Thomas went through during Human After All made it closer to where he was at the time, and this one feels a lot closer to me than him. We make music together, but this one took me to some special depths, getting really close to what I was going through personally. I’ve never been too technical; Thomas is more the technician. This album has more soul.

GIORGIO MORODER ON “GIORGIO BY MORODER”

I didn’t have any idea how you guys would use it. I thought you might cut it up into a rap. So I was pleasantly surprised when I heard it the first time. It was also kind of emotional to hear my story and a little bit of my sound in there. I’m one of the few humans alive whose biography is a song.

DAFT PUNK ON THE HYPE SURROUNDING THEIR RETURN

Thomas Bangalter: The music itself is exactly what we wanted it to be. We have no anxiety about that. Sharing it with the world is something different. It’s a big question mark. There’s a certain amount of excitement and madness that enters the equation.

GIORGIO MORODER ON HIS LEGACY

One of the most interesting things, at least for me, are the soundtracks for The Social Network and Drive. Basically, it’s what I did in American Gigolo. I could have done the music for those movies blindfolded. And one of them won an Oscar and the other is this massive soundtrack. So that music definitely feels retro and like what I did in the early 80s. But I don’t have a monopoly on it.

Guy-Manuel De Homem-Christo: I get everybody coming up to me saying, ‘Are you touring? Are you touring?’ And I’m like, ‘Guys, the album isn’t even out yet. What, do you want the dessert before the starter?’ We don’t even know if there’s going to be a dessert; no one has even tasted the starter yet. And we are in the middle, or rather the robots are in the middle, of that crazy situation. It’s not even the nerves, but every day I’m like, why are people freaking out so much?

I don’t particularly like Scarface. The intro part; that’s beautiful. The rest is really bad. The thing is, when that film came out it was a flop. One of the worst days I’ve had as a musician was when we played the movie to the audience. It was one of the official ones before the premiere. At the end... silence. No applause, not one clap. Some people started to boo. I just thought, ‘Oh God.’ I think he says ‘fuck you, fuck you’ 270 times at the end. But then the video came out, and it became a cult hit.

DAFT PUNK’S RELATIONSHIP WITH THE ROBOTS

Thomas Bangalter: We feel empowered by their personas. It’s allowed us to stay anonymous and create a certain mythology that has grown. We’re not trapped; it’s the opposite. We live such an easy lifestyle; we take the subway, and have the best of both worlds.

DAFT PUNK ON THEIR NEW SOUND

Thomas Bangalter: This record is like a portal into a space where it’s the past, present and future combined into a cool, timeless environment. It’s saying that the best thing from the past can still be done today and can still be done in the future. And obviously live playing is not something that just belongs to the past. If it does belong to the past that’s a little bit scary.

What Skrillex does with Ableton... It’s like being a little god. It’s not just pushing loops – that’s easy – but to do the effects... He’s a genius.

Thomas Bangalter: The problem with music and technology right now is that there’s this utopian idea that technology is going to assist you in freeing your brain to reach higher goals. But the reality is that technology just makes you lazy.

Subscribe to Dazed & Confused HERE to get the Daft Punk issue