A little over a year ago, Canadian producer Jacques Greene known for his Ciara-sampling/Cassie-remixing 2-step/house-influenced electronica on labels LuckyMe and Night Slugs launched his own label, Vase. Putting out the previously unknown likes of Arclight, Zodiac and vocalist Ango, the label's tight curation earned Vase a commission from the Tate Modern this spring for an audio/visual showcase in the South Tanks. The evening at Tate Modern saw Jacques Greene himself perform alongside Dorian Concept and Arclight to the haunting backdrop of an interactive visual production made by longtime collaborators Trusst. Having previously worked together on a curatorial night at XOYO, the teams brought together a one-off show as shot in the video premiered above. 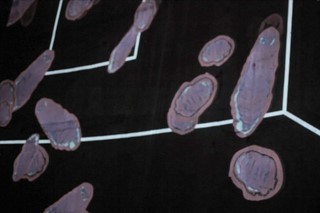 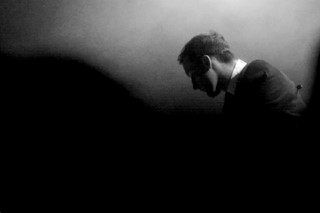 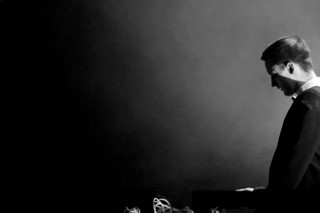 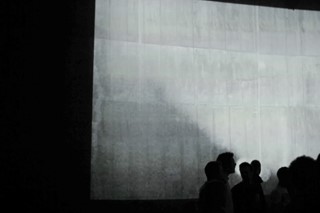 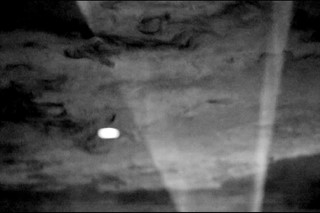 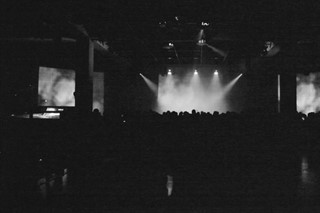 Dazed Digital: How did the event come off on the night itself?
Jacques Greene: It was great to have the opportunity to present something that sat outside of the club world, but still reference it in a few ways. It was important to that the event not feel quite like a regular music / club event, but not quite like something you would expect to see in a museum. We didn't feel forced to pander to any type of mindset or preconception, as since the Tate Modern approached us to curate an evening in the South Tank, it was more an opportunity to not only bring our own vision and vibe to the space, but to allow it to be pushed to new places.

DD: How did you come up with the concepts?
Melissa Matos (Trusst): This is a new platform for Tate to engage with the public, so the concepts had to be approachable but fit within some theoretical parameters. Each installation was inspired by different works in Tate's permanent collection which was also combined with some technical ideas that I had been wanting to explore. In the spirit of this event's mandate, it was a great opportunity to create and test run some new interactive elements.

Most of the concepts were being developed for the first time, so it was a lot of trial and error. For instance, with the metaprojection jacket (a garment which has hidden cameras embedded in it. The cameras capture a live feed of the audience which projects themselves onto the walls of the space.) Becky had to hack into existing camera devices and software to create the prototype. The technology was temperamental and so the results were always a surprise.

DD: Who were you working with throughout the process and how did they help?
Melissa Matos: I got in touch with a few new media artists and creative programmers who have experience working in textiles, video, physical computing, etc. All the works corresponded to one another but didn't feel contrived. For the video works especially, the collaborative experience was really organic. I shot footage and sent it to the video artists (Sam Newell, Ed Leckie, Emmanuel Mauries, Ariane Leblanc) who took the material and created content using their signature digital and analog applications.

DD: Have you got ideas from this on what you'd like to work on going forwards?
Jacques Greene: There was definitely new territory explored both in how the visuals could work within my live show and how I could perform and present my music within that context. The space made me feel more comfortable to play around within the structures of my songs and the risks paid off, so I the entire experience will end up having a big effect on how I approach the live shows from now on.