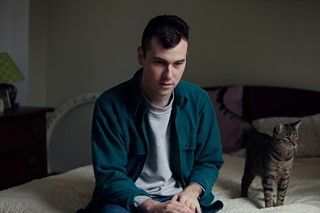 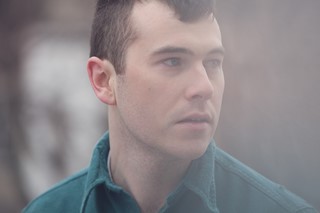 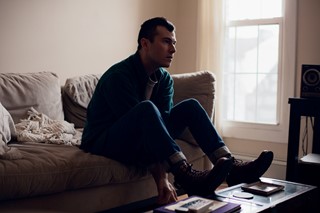 Wildarms is Duncan Cooper, a New York-based producer on Cascine who makes sample-driven pop music about the everyday. In his beautiful and densely-layered tracks, Cooper gives reverence to our internet-enabled day-to-day in unexpected ways, with delicate audio collages that draw from 00s hip hop, bedroom YouTube poetry and the opportunities offered by laptop recording software.

We've already heard Wildarms' debut track '"Unity", and today he launches his debut Clear Eyes EP on Dazed Digital with the premiere of "Full Hearts". With its muffled hip hop hype tropes, twinkling synths and quasi-New Age samples, it feels like an all-nighter with red cups at the planetarium, before emerging at dawn to dewy birdsong. Ahead of the EP's release on February 5, we caught up with Duncan Cooper to find out more about the unique project.

Dazed Digital: Why did you choose Cascine for your debut release?
Wildarms: I've always adored Cascine—their version of pop music is the same as I hear in my head. Our blood runs at the same speed. I've been making music as a private hobby for ages, but I was always too shy to do anything besides quietly upload 'Boys of Summer' covers to YouTube. Somehow Sandra at Cascine discovered my Wildarms stuff, and she was immediately really encouraging and supportive.

DD: Why did you call your EP Clear Eyes?
Wildarms: Clear Eyes is from Friday Night Lights. It's the motto of the football team: "Clear eyes, full hearts, can't lose." If you've never seen the show, it's this teenage melodrama set in rural Texas, but it's really finely textured and feel-good without being insulting. At first, I wanted to make an EP of breakup songs with each song from the perspective of a different character on the show— but when I tried to write a bunch of Wildarms-sounding breakup songs, I realised that wasn't actually me. I decided to skip the polar emotions and take the middle road. Instead of melodrama, I tried to sound "even keel" and make music about day-to-day love rather than huge moments. Tried to focus on the middle-part of relationships and not just the starts and stops.

DD: Hip hop 'hype' tropes feature in songs like 'Full Hearts' and 'Unity'. Would you call this 're-contextualising'?
Wildarms: Re-contextualising sounds a little more political than I was going for, but I do take pride in bringing those elements to the label. In college I was a hip hop DJ, and I got really into putting drops on everything. The different 'Yup!s' and drops across the EP are a little wink to my own past.

DD: How did you conceptualise the EP's cover art, which juxtaposes the classical figure with the smiley face?
Wildarms: When I was recording, I got really obsessed with these paintings by John William Godward. He painted pretty but bored-looking women at the turn of the 20th century as if they were classic Greek beauties, then eventually killed himself because he said the world wasn't big enough for him and Picasso. The smiley is just—can I take that time-muddling, beautiful Godward thing I love and make it fun and stupid, too?

DD: You have a day job as a music journalist. How does that change your approach to making your own material?
Wildarms: I remember watching an interview once with The Neptunes, and Pharrell said that if you want to be a good producer, you have to learn how to DJ first. The point being, listen to everything, figure out what you like and invent yourself a language to describe what you think is good. That's partly how I view my day job. It's about defining and defending your taste, learning from other people and then, knowing what is out there, trying to make something hopefully a little different.

DD: What was the song 'Twice' inspired by?
Wildarms: 'Twice' was my Matt Saracen track, the only song that made it onto the EP where I was really consciously thinking about Friday Night Lights. I'm bad at writing lyrics, and for ideas I like to scour YouTube for amateur bedroom speeches and people's poetry. Maybe someday the person talking in 'Twice' will hear it. This one is a young girl saying how love hurts—she says a kiss takes you hostage—and that sort of bridges the song's lyrics about a couple being together and the final vocal sample, this tight-knit football team huddling up.

DD: If Wildarms had a motto or mission statement, what would it be?
Wildarms: Genesis P-Orridge said this, but I'll steal it: "The meaning moves all the time as we think about it more and more."

DD: What's coming up for 2013? Will there be a Wildarms 'live experience'?
Wildarms: More music, to be sure. I'm working on the next thing and so far it has more singing, and it's a little quieter rather than louder. Live, I just want to DJ the EP, so that 'Full Hearts' goes into Kyary Pamyu Pamyu's 'Candy Candy' or Jensen Sportag's 'Jareaux', with maybe actual metal chimes in the booth that I could strike, and three times as many drops on top of everything.