Check out the exclusive new video for the members of the iconic experimental band, Sian Alice Group, as they take on new electronic sounds 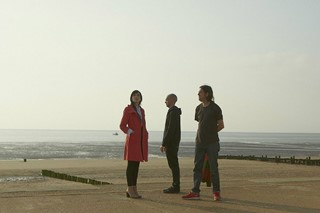 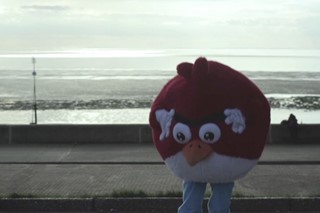 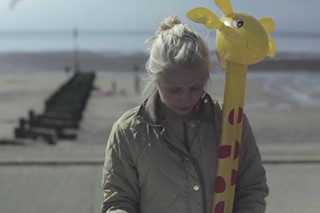 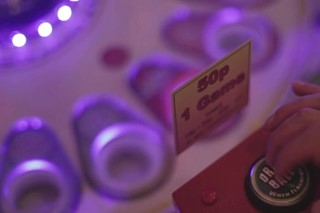 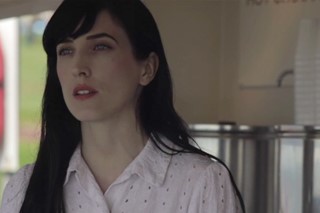 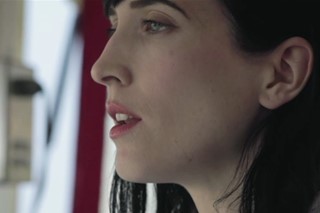 Formed from the past members of the cult experimental band, Sian Alice Group, the new musical project Eaux consisting of musicians Sian Ahern, Stephen Warrington and Ben Crook has allowed them to delve deeper into dark electronic sounds, as laid out by their last set up. Alongside incorporating drum pads, samplers, sequencers and synths into their live structures, Sian's unique and mesmerising voice provides the perfect counterpart for understated pop sounds with elements of folk, 60s psych, avant pop and early British Industrial. Alongside a few quick words, Dazed premiere the new video for their single 'Luther' here.

WHAT's...
...the story behind your name?
Ben: Thinking of band names is the single worst thing about playing music and i hated trying to think of something. Our friend Lydia suggested this- Eaux basically looks good on screen or paper. I don't have any visual associations to it either - its purely a sound to me.
Sian: It was an instant like for us all. It’s a good looking word.
Stephen: It’s a word which feels pretty neutral in meaning and looks simple on paper- I like that it's just a plural suffix, a fragment of a word in another language.

...your worst vice?
Sian: Biting my nails
Stephen: Hangover burritos. Ok, the booze beforehand.
Ben: Sleep - I can fall asleep pretty much anywhere, almost at will.

...your favourite website?
Sian: Etsy.com for shoes and rugs.
Ben: Blogwise, I'm pretty keen on kicktokill and exp etc. Although I spend too much time looking at broken musical equipment on eBay.
Stephen: YouTube! Some gems on there.

...your worst fashion secret?
Sian: Umm… I have a few - I buy most of my clothes in charity shops – I don’t wash my clothes that often – I enjoy dressing like a granny most of the time
Stephen: I bought a clothes shaver. To get rid of bobbles! Is that relevant? Anyway, I did.
Ben: They are all pretty bad and they aren't secret. i've always dressed like someone's dad for a reason.

...are you listening to now?
Stephen: WOUH by Nicholas Jaar just shuffled onto my iPod. Great track.
Ben: Today so far I have been enjoying the new Hot Chip, Ursprung and Liars records, plus a couple of visits to NTS radio to hear the Black Impulse show.
Sian: Today mostly our rehearsal recordings and a bit of broadcast.

How would you describe your work?
Stephen: Unfinished.
Ben: Unfinished and totally fulfilling.
Sian: An exercise in going with the flow with 2 of my favourite people, hopefully ending up with something that makes us all nod our heads and feel good. I’ve heard sometimes it ends up sounding like industrial eroto-folk.

What's next?
Sian: An EP, Album and tours are all on the wishlist.
Stephen: We hope to be touring again soon... and always writing - an EP and more is on its way.
Ben: And maybe buying some more broken gear.