The iconic club arrives in London for a retrospective exhibition, a one-off night with Mike Huckaby, Swayzak and Marcelus and a Dazed Digital Mix 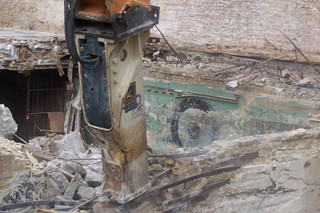 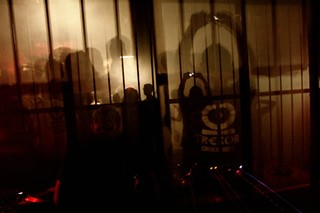 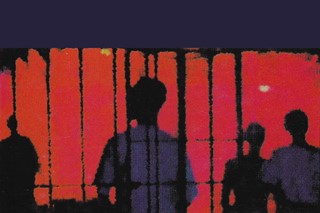 The iconic Berlin superclub, Tresor, famed for its underground dancefloor which brought together millions of East and West German youths over the years with minimal electronic sounds from Detroit, was born just after the fall of the Berlin wall. Before the close of the club's original premises in 2005, it welcomed the arrival of a new wave of DJs from Detroit, swarmed to the establishment's aggressive aesthetic and 'anything goes' door policy.

The idea of Tresor is easy to understand: Do something. Do not waste time with empty words. Just do something, start something, anything – it doesn’t matter. Start something out of nothing and create something wonderful

This summer, Tresor will be coming to the UK with an exhibition at east London's Red Gallery presenting previously unseen material from Tresor’s archive and premiere SubBerlin, a documentary by Tilmann Kunzel. The Tresor founders and label owners, Johnnie Stieler, Mark Reeder, Daniel Miller (Novamute/Mute Records founder), and Dimitri Hegemann, who we speak to here about their illustrious history - will be arriving tonight for a panel discussion, looking into the regeneration of Berlin and the impact that the club has had.

The exhibition will culminate in a live music event on 16th June, headlined by key Berlin & Detroit figurehead, Mike Huckaby and Swayzak presents S_W_Z_K Live, supported by rising French electronic proucer, Marcelus who makes us an exclusive mix for us here...

Dazed Digital: What do you think have been the biggest changes to the clubbing scene in berlin since you first opened?
Dimitri Hegemann: I can only really speak about the clubs that started after the wall came down in the early nineties... I think the moment when the competition crept in among clubs - the moment when the business spirit took over the young movement - that the scene lost its joy and happiness. Around 2005 -2006 the tensions started. Clubs started to not work together, artists had to sign exclusive booking agreements and get blocked out over months. The business structures and attitudes killed off the innocence of the early years. The spirit has changed and it’s not easy to survive, but there are still areas of hope and things to be positive about.

Today, the control mechanisms of the authorities are stronger and harder. The permissions for a club license are difficult to get - air conditions systems, soundsystems, acoustic preparations, tax and gema conditions are enormous in Germany.

DD: How did the dynamics of the club as a brand change when it closed and relocated? Was this for better or worse?
Dimitri Hegemann: Time has changed a lot. If you are deeply involved in the club lifestyle you have to find a way to take it easier after 15 years. Most club people changed their lifestyle. Clubbing can become dangerous if you can't stop it. The city of Berlin made a big mistake when it sold the area where Tresor was located. Even today, the boring office spaces they built on the former Tresor site are still empty. This decision effectively killed off the whole area and it’s dead there now.

It wasn’t easy for us to move, we took the entire vault equipment out of the old building and carried it to the new powerstation - we have signed a lease for 25 years. As I said, after 21 years of Tresor normally I should probably feel older, but it keeps me young.

DD: Personally, what have been your most favourite memories/nights as of recently?
Dimitri Hegemann: I remember a situation when we accidently left a girl in the club and locked up. We left at noon on the Sunday and returned three days later to find this letter at the door by the police. They had broken down the doors to free the girl. We were all astonished when we got in: this girl had cleaned the entire club including the backstage area and offices. But when the food (just fruit) had run out only then did she call the police.

DD: How does bringing Tresor to London translate? Do you think the demographic here is fitting for it? Main ethos of the night?
Dimitri Hegemann: The idea of Tresor is easy to understand: Do something. Do not waste time with empty words. Just do something, start something, anything – it doesn’t matter. Start something out of nothing and create something wonderful.