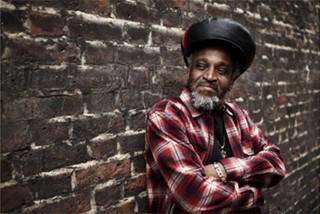 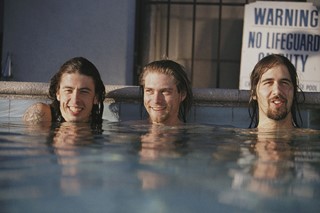 When looking back through cultural history, how many albums would you say have shaped the time they lived in? In all truth, the number will be far smaller than you think. For a record to capture a social movement so perfectly that it forever becomes associated with that period of time takes a number of factors. All of which were present for Nirvana’s Nevermind. The proof? Twenty years later we’re still talking about it and to celebrate the anniversary the Loading Bay Gallery is hosting an exhibition to highlight the relationship the Seattle three-piece had with its British fan base. The opening night will see a set by reggae-legend Little Roy, who’s just completed an album of Nirvana covers - Battle for Seattle - further showing the effect that the band had, not only on teenage grunge, but across an entire generation. We spoke to Little Roy to find out more.

Dazed Digital: How important do you think Nirvana was in a cultural sense?
Little Roy: Very important because his work still has an impact in this generation.

DD: How well do you think you’re sound translates into their tracks?
Little Roy: Very well because of the reception it's receiving all over.

DD: Did you feel any pressure when making this record?
Little Roy: None whatsoever it was just pure fun.

DD: Few albums have had the same impact that Nevermind had. In your opinion, what other records are on the same level?
Little Roy: Bob Marley's Catch a Fire.

DD: How proud are you of the album being released on Ark?
Little Roy: I'm very proud to know that Ark has acknowledged me and taken me to a new audience