Known for their previous Digable Planets moniker, the New York-based visionaries return with an eerie new take on their past 90s hip hop sounds 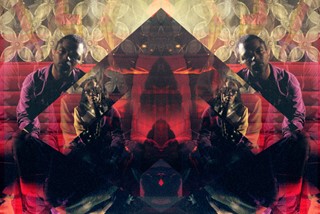 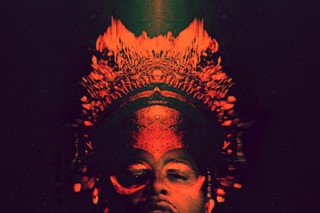 Since releasing their EP ‘Black Up’ on Sub Pop back in June, Shabazz Palaces are glowing ever brightly on the musical horizon. They’ve garnered illustrious praise across the board and the momentum shows no signs of fading. Despite their evasion of the media in general, ‘Black Up’, has seeped into the caverns of New York, making its own very distinct and unforgettable mark on anyone within earshot. The magic of it all is that everyone thinks they’re listening to something no one else has got. To make your presence known without a parade is pretty stealth. Its creator goes by the name Palaceer Lazaro, who used to refer to himself as the ‘butterfly’. An apt name for someone with a colorful bounty and a whipped up frenzy in its wake.

Lazaro has been in this game long enough to know how to play it well and with that comes wisdom and an appreciation for the music and not the act. Previous incantations include Digable Planets, an early 90s hip hop group who you might have on your playlist alongside their peers De La Soul, A Tribe Called Quest, and The Pharcyde.

Displaying more than just a talent for the beats, Lazaro is also something of a wordsmith and the album includes some choice track names: ‘A treatease dedicated to The Avian Airess from North East Nubis (1000 questions, 1 answer)’. Confused? Don’t be. The songs, both musically and lyrically, elude definition. ‘Black-Up’ might be a hip hop/blues/jazz/pop blend - or it might not. Somewhere in the undecipherable collection of notes is some history, some roots from elsewhere, but what we make of it is entirely up to us. We asked Lazaro to shed some more light on the workings of his mind - but when it comes to the music his guidance remains the same: “Hear. Hard and clear.”

Dazed Digital: I heard you’re something of a hard catch. Putting out a record comes with a lot of talk that doesn’t always  truly explain the music, and that’s something you’ve been pretty vocal about. Do you feel that we’re lacking a more visceral approach?
Shabazz Palaces: No, just a focus. A reason. I think music is explicable. I feel tho that accurate explanations if any musics are infinite if the observer is taking repping the actual movement and feeling of life as their "goal".

DD: You’ve been in this business 20 years, but ‘Black Up’ sounds fresh, original and kind of like you made it tomorrow. How do you do that?
Shabazz Palaces: I follow my instinct In every facet of life. I also concoct secret potions that elix my swerve and sparkling my creative health floats me away from the anchor of banality. I also kiss a lot. Long soft adventures where I fall up into a 'rose scented abyss', and there I learn the secrets that I need for the rhythm.

DD: Back in ‘93/’94 you were one third of Digable Planets, a pretty seminal NY hip-hop group. You’ve recently started playing together again. Can we expect any records?
Shabazz Palaces: Everything is possible. Cee and I are bros and we've been plotting for a minute.

DD: Any new music on your playlist these days?
Shabazz Palaces: Weekend-  ‘All American’. Then play it again.

Evita Manji: ‘I want my music to feel organic and alive’
MusicRise