Ahead of the opening of MINI LIVING Shanghai, we meet the next-gen creatives re-imagining Shanghainese identity.

MINI LIVING is a global network of urban living spaces inspired by the original design principle behind the first MINI: creative use of space. As MINI LIVING prepares to open the doors of its first co-living hub in Shanghai, Dazed has partnered with MINI LIVING to explore the spaces, places and faces of the city.

Now more than ever before, creativity is an act of resistance. “The new generation is as rebellious as it is oppressed,” Shanghai-based director, visual artist and Dazed China contributor Yuen Hsieh remarks. “But creators must always be radical, since compromise is ultimately powerless.”

Shanghai is a city stacked with skyscrapers, but closer to ground level - in studios, ping pong clubs and pool halls, on blacked-out dancefloors and WeChat groups - a generation of young creatives are coming together to shrug off traditional Chinese values. Away from the watchful eye of the mainstream, club kids, artists, photographers, designers, producers and musicians are exploring what it means to be young in China today.

“Although there are many issues and cultures which are off-limits in China, subcultures have gradually begun to break through this oppressive environment,” Hsieh explains. 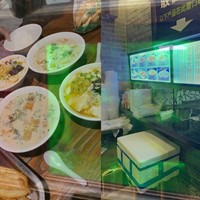 3AM in Shanghai with director Roni Shao 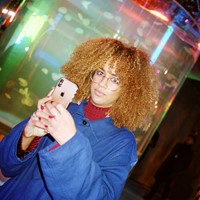 What went down behind the scenes at MINI LIVING Shanghai

“Although there are many issues and cultures which are off-limits in China, subcultures have gradually begun to break through this oppressive environment.” — Yuen Hsieh

Dazed: You recently made a film for the launch of Dazed China titled ‘RADIASIAN’. Tell us about it.

Yuen Hsieh: When I first arrived in London [to study at Central Saint Martins] in 2006, I didn't even know Facebook existed. In 2019, everyone parades their lives through multiple screens and social accounts. We receive non-ionising radiation from low-energy electromagnetic waves all day, every day. We use our phones to snap selfies, we surf, we dance, we love, we destroy and we reconstruct. Young pioneers in every field are expressing their energy and uploading their creativity to the world through the internet. I wanted to find a word to describe this generation, and since I wanted to talk about youth in Asia, the word RADIASIAN was born.

You grew up in Taiwan then moved to London to study at Central Saint Martins and the Royal College of Art. Finally, you came to Shanghai. How do you think the city has shaped your practice as a director?

Yuen Hsieh: It has offered me an opportunity to allow my creativity beyond borders. I still want to explore other possibilities and issues without any restraint by China’s Social Credit System.

MINI LIVING is in the process of opening a co-living hub in Jing’An district. Thoughts?

Yuen Hsieh: MINI LIVING's new spot will help creatives to form new communities in one of the busiest districts in Shanghai. Young creatives will have a space to showcase their work, hold a workshop or a forum for their practices. MINI LIVING feels like a school for people to create, to exchange and radiate their ideas out to the world.

Why did you decide to open Standard Nerds Club?

Toto Duan: Before I moved back to China I worked as a freelance designer in New York. During that time, I accidentally got a part-time job working at a ping pong bar in Brooklyn which gave me the idea. It lead me to see ping pong as not only a sport but as a medium which encompasses art, fashion and community.

What does the ping pong club offer local creatives which doesn't already exist in the city?

Toto Duan: It is a healthy, relaxing, fun, positive, vital creative community where people can meet and connect through ping pong.

What would you say are the main challenges faced by young designers, photographers, artists, publishers and creatives in Shanghai?

Toto Duan: Shanghai is moving crazy fast, even faster than New York. It creates lots of opportunities for us but also problems. As creators, we see so much information every single day – sometimes I feel it is too much. Concentration is definitely one of my main challenges.

Plagiarism is still a big problem for designers and creators in China. We lack an effective policy that can protect us from plagiarism. The whole industry is still in the process of developing and, although the environment is changing, I feel it is very far from the world standard.

Dazed: What does Shanghai mean to you?

Lin Guan: Shanghai has the spirit of experiment. All the best projects can start in this city as a test. I like the culture here — it is where West meets East.

How does that same experimental spirit play out in the clothes you make?

Lin Guan: Shanghai is a fast-paced city. People’s demands alter day by day. To keep up with the speed of digitisation of the market, I have to keep bringing new ideas to the table to make our designs stand out more.

Tell us about a local creative who we should know about. What do you like about their work?

Lin Guan: Paul Hsu is the founder of [creative interior design studio] MHPD who are designing our MINI LIVING space. He always uses construction to give the audience a fresh view of the space. He does a lot of creative projects for retailers and art galleries.

This is MINI LIVING. Stay Open.