According to a survey by the Office for National Statistics (ONS), 91 per cent of students are worried about the cost of living crisis.

Half are experiencing “financial difficulties”, with 15 per cent describing their financial issues as “major”. A quarter have taken on debt, and two-thirds say their student loan is not enough to live on.

62 per cent have cut back on food shopping and 38 per cent have reduced their use of gas and electricity to keep costs down. Three quarters of students also report socialising less to save money, with one in ten cutting back on purchasing sanitary products. 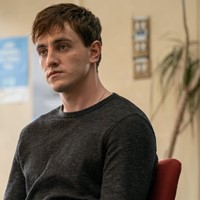 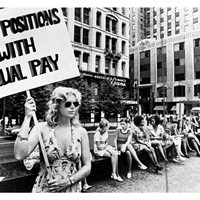 “The cost of living crisis is taking a massive toll on students,” Emily, 19, a student at the Manchester Fashion Institute tells Dazed. “It’s so, so difficult to find a good part-time job because everybody’s looking for one. And even when you do find a part-time job, the minimum wage [if you’re aged 18 to 20] is £6.83. It’s virtually impossible for me to work for £6.83 an hour and support myself, while also managing to do the 20 hours of work for my course that my uni expects.”

The ONS also found that 77 per cent said they were “concerned” that the current crisis would impact their studies. 21 per cent said they are attending lectures remotely where possible, with 18 per cent saying they had considered moving back to their family home and commuting to their university from there. Six per cent actively planning to do so. Additionally, one in five of those surveyed also said they had considered pausing their degree until next year, with one per cent actively planning to do so.

45 per cent also said that their mental health had deteriorated since the start of the autumn term. “The cost of living crisis is seriously affecting me,” says Allie*, 21, a student at Central Saint Martins. “I’ve been looking for a room to rent since March, and I’m still yet to secure one. I’m looking at rooms that cost £1,200.”

“I often feel that I have everything against me when room-searching as a Black, neurodiverse, young, femme queer student searching for a room,” they explain. “I’m living off of savings I’d built up from working during my year off, and although it’s fine for now, it’s not sustainable.” Allie adds that their situation is doubly stressful, as they don’t have a family home to go back to.

A separate, recent survey from the National Union of Students (NUS) found that a staggering 96 per cent of students are making cutbacks to cope with rising costs. More than a quarter of students are left with less than £50 a month after covering rent and bills, and 42 per cent are surviving off less than £100.

The NUS also found that fewer than one in 10 students think the government is doing enough to support them with the cost of living. “Nothing is getting done about it at all,” Emily says. “I think they should also take into account that creative students need resources like Adobe Photoshop, Illustrator, InDesign. That's been a massive bill of mine, which is taking away money I could have used to get through the cost of living crisis.”

Despite the inflation rate soaring to 10.1 per cent – the highest level since 1981 – the undergraduate student maintenance package in England has risen just 2.3 per cent this year. On top of this, it’s difficult – or impossible – for students to access existing government support, and Jeremy Hunt’s autumn budget statement did not make any mention of new targeted support for students.

Thankfully, there are some schemes popping up which are designed to support students on a local level. Hyde Park Book Club in Leeds has started offering “pay as you feel” sourdough toast, and now allows students to come in and enjoy the warmth without buying anything. Some student unions are opening or have already opened food banks, including Newcastle and Bournemouth. The University of Manchester is also paying full-time students a one-off payment of £170 to help them with rising living costs.

But, still, many students – like Emily and Allie – are still falling through the net. At this point, it’s on the government to provide a national, targeted support package for struggling students, as it’s clear maintenance loans just aren’t stretching far enough. As Professor Steve West, the president of Universities UK and vice-chancellor of UWE Bristol, recently said: “Students risk becoming the forgotten group in the cost of living crisis.”

*Name has been changed