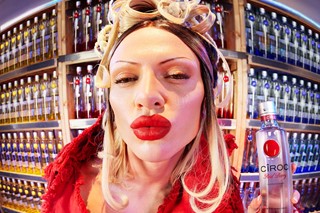 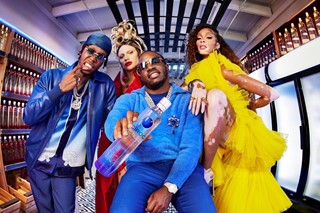 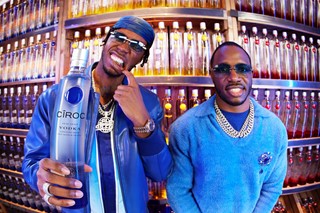 There’s main character syndrome and then there’s actual main characters, and, just so we’re clear, fashion queen Bimini falls into the latter camp. We know this, and so does CÎROC, since the super-premium French vodka brand just put the avant-garde drag star front and centre of its first ever UK campaign, alongside the record-breaking rap duo Krept & Konan, and the game-changing model Winnie Harlow.

Titled “Make Big Moves”, the campaign does what it says on the tin – celebrating those who aren’t afraid to test limits and redraw the boundaries of self-expression as we head into 2023, while encouraging the next generation to do the same.

But maybe you’ve been living under a rock, or you just need a refresher on Bimini and their CÎROC co-stars. First up, Bimini themselves burst into the limelight as a much-loved runner-up on the second season of RuPaul’s Drag Race UK. Since then, they’ve signed a record deal, published their life lessons in a subversive autobiography, and ascended to icon status in the fashion world – big moves all around.

Five-time MOBO Award winners Krept & Konan are no strangers to big moves, either, making their names as “UK rap royalty” (in the words of Stormzy, no less) since their breakout success in the early 2010s. Canadian supermodel Winnie Harlow, meanwhile, famously made history as the first model with vitiligo to walk a Victoria’s Secret show, going on to use her platform to speak about the skin condition and champion diversity in the industry.

In “Make Big Moves”, the quartet come together in a London off-licence to fly the flag for three distinct flavours (CÎROC’s original vodka for Krept & Konan, CÎROC Pineapple for Winnie Harlow, and CÎROC Red Berry for Bimini) and spark a late-night party in the aisles.

“I’m proud to partner with CÎROC Vodka for the ‘Make Big Moves’ campaign as we share a passion for the freedom of expression and self-celebration,” says Bimini. “I’m looking forward to inspiring people to step into their own limelight with CÎROC.”

Watch the latest CÎROC campaign below, and catch a closer look at Bimini, Krept & Konan, and Winnie Harlow in the gallery above.