As a still of Ryan Gosling as Ken causes people to question the Barbie character’s sexuality, James Greig explains why the doll has always been a bit fruity

16June 2022
TextJames Greig
Out and About!: Archiving LGBT+ History16 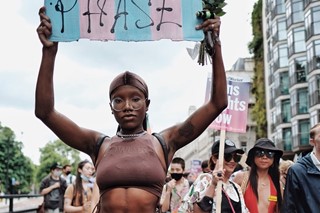 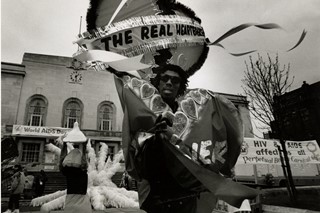 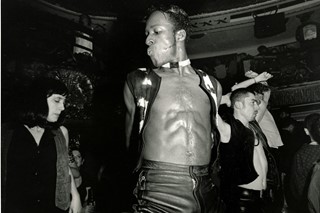 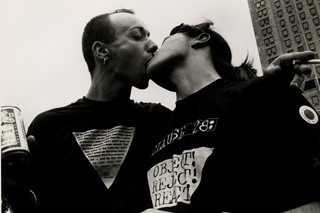 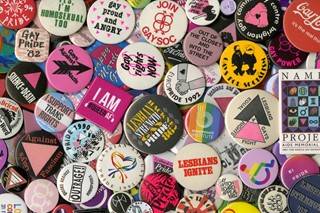 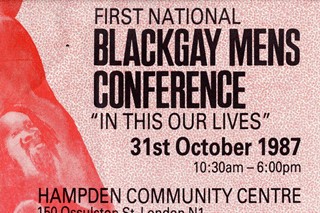 Yesterday, Greta Gerwig’s upcoming Barbie film set the internet ablaze by releasing the first promotional still of Ken, played by Ryan Gosling. With his peroxide blonde hair, orange spray tan and washboard abs, he looks like some ageing twink that you’d see at G-A-Y Late on a Wednesday night – and reactions haves been mixed. Lots of people said that, at 42, Gosling is simply too old to play Ken, while others lambasted this as ageist; writing in The Independent, Victoria Richards argued, “It’s time to do away with ageism and recognise that you don’t have to be below 25 to be beautiful.”

Already, the image has inspired scores of memes based on the simple premise that Ken looks, well, kind of gay. This is nothing new. The doll has a long history as a gay symbol, which stands to reason: minus a handle-bar moustache, he embodies the kind of beauty ideals that in the 70s and 80s would find you atop the sexual hierarchy of Fire Island. He is also, of course, extremely kitsch – a vibe which has always been popular among gay men.

The most striking example of Ken as an accidental gay icon is ‘Earring Magic Ken’, a doll which was released in 1993. Mattel had been manufacturing Barbie since 1959, and while she had always sold well, Ken – introduced a little while later – was something of a flop. In an effort to boost sales in the early 90s, Mattel ran a focus group with a bunch of five-year-old girls to figure out how they could make the doll more appealing. These girls, inspired by music videos on MTV and the aesthetics of Prince, Right Said Fred, and Madonna’s backing dancers, said they wanted Ken to have a mesh shirt, leather vest, earrings, tight pants and a necklace. The resulting product,  Earring Magic Ken, went down in history as one of the most disastrous marketing decisions of all time. The doll proved controversial partly just because it was clearly a little bit fruity, but also because the necklace Ken wore looked a lot like a chrome cock ring – a sex toy which at the time was commonly used as a fashion accessory within the US’s queer nightlife scene.

Writer Dan Savage wrote an article about the doll in The Chicago Reader, arguing that the necklace is “what ten out of ten people in-the-know will tell you at a glance is a cock ring”, and suggesting that Mattel’s design team had “spent a weekend in LA or New York dashing from rave to rave, taking notes and Polaroids”. In response to the ensuing backlash, Mattel’s head of communications disavowed any deliberate attempt to imitate gay culture and publicly stated that “we’re not in the business of putting cock rings into the hands of little girls”. Nowadays, Mattell would probably double down and describe Earring Magic Ken as ‘defiantly, unapologetically queer’, but this was a much more homophobic time, in the midst of the AIDS crisis and well before the rise of corporate LGBT marketing. Instead, Mattel hastily discontinued and recalled the product – despite the fact that, commercially speaking, it was a roaring success. Hoards of gay men rushed out to buy it ironically, making it to this day the best-selling Ken doll of all time.

The whole debacle is a lesson in how corporations are willing to appropriate the cultural capital of marginalised subcultures, but only when it’s safe and uncontroversial to do so. Mattell wanted a doll that was ‘cool’ and in keeping with the zeitgeist of the time… just not in a gay way. But 30 years on, the fact that Ryan Gosling’s interpretation of the character looks so similar represents the ultimate vindication of Magic Earring Ken.

Around the same time, Ken was re-imagined as an altogether different sort of gay icon in Diseased Pariah News, a satirical zine created by people living with AIDS which launched in 1990 – years before the introduction of effective treatment, this was a time when contracting HIV was still a more-or-less gauranteed death sentence. As its name suggests, Diseased Pariah News was defined by the darkest and most irreverent kind of black comedy, one which didn’t shy away from the grim realities of living with HIV and, in many cases, dying of AIDS-related illnesses. Defiantly cynical and pessimistic, it dealt in the kind of humor that makes you feel a little bit guilty for laughing at. One of their recurring gags was running fake adverts for ‘AIDS Barbie’ and ‘KS Ken’ (referring to Kaposi Sarcoma, a disease related to AIDS which caused visible skin lesions)’; the series featured  ‘AIDS Barbie’s New Malibu Dream Hospice’ and posters showing Ken hooked up to an oxygen tank. This joke contrasted the anodyne, aspirational beauty ideals which Ken represented with the physical ravages of illness and death. Like much of DPN’s humor, it was ultimately a way of rejecting victimhood, a refusal to be the object of pity.

Today, Magic Earring Ken lives on as a meme, while more recent interpretations of the character have had a distinctly gay flavour: take Toy Story 3 (2010), where a prissy, preening Ken boasts about his fabulous walk-in closet and treats Barbie to a catwalk performance set to a song by Chic. Because Ken is so bland and so kitsch, he provides rich fodder for various forms of satirical reinterpretation and, for gay men, a way of mocking our own aesthetic ideals. When Barbie is released next summer, we are sure to see the continuation of this rich tradition.