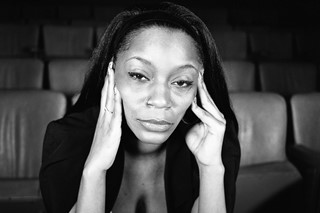 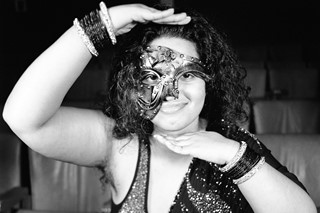 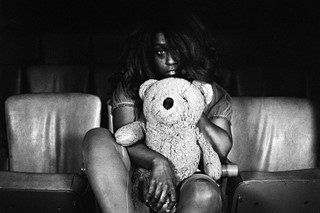 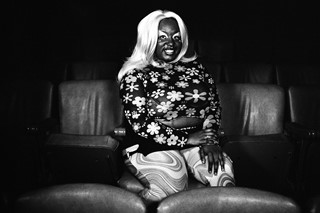 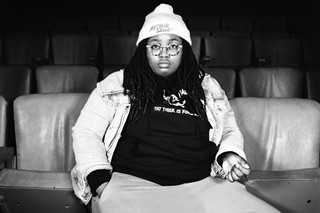 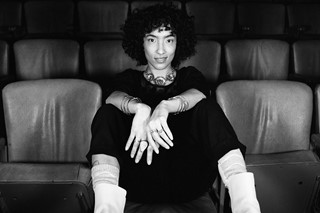 Taken from the spring 2022 issue of Dazed. You can buy a copy of our latest issue here

“We’re seeing more Black and brown sex workers creating spaces for themselves and putting their energy into creative and theoretical work. Hopefully, later generations will find we are all screaming into the void: ‘We are here!’”

Just a cursory glance at Heaux History’s social channels reveals research that dials back centuries. One face staring from the collective’s Twitter page is Memphis Minnie, a prolific blues singer whose career spanned four decades from the 1910s, and whose sex work supplemented her adventurous musical endeavours. Venus Selenite, co-creative director of the Heaux History Project, delved into Minnie’s life and work as part of her research into the influence of Black erotic labour on music. Kane says of the project, “Essentially, we’re building the case that there would be no civil rights movement without us, and that we heavily influence popular culture in a multitude of ways, across fashion, music – especially hip hop and R&B – and so on.”

Not many people know that Marsha P Johnson and Maya Angelou engaged in sex work – and it’s Heaux History’s calling to reveal all to an unknowing world. One of the most damaging misconceptions surrounding Black and brown sex workers is that “we were never here,” says Kane. “Clarifying the reality, and asserting our existence and historical relevance is the whole basis of Heaux History. As of today, there’s still so little documentation.” They emphasise the importance of distinguishing themselves from more privileged sex workers, too. “Typically, the faces and voices that we hear or see are white, cis, thin sex workers. When we focus more on the stories and histories of BIPOC within this community and industry, we are able to bring other aspects into focus.”

“We are building the case that there would be no civil rights movement without [Black sex workers], and that we influence popular culture in a multitude of ways” – Erica Kane

Alongside Selenite and Kane, the collective is comprised of three core members; curator Xio, organiser Raani Begum and accessibility and inclusion coordinator/editor Peech. They formed back in 2019 to begin work on the documentary, and quickly realised that there was much more enthusiasm for the truth than they thought. “Once community poured in to us, we realised this was a much larger project,” remembers Kane. Chicago is her city, and her research tends to lead her to its south and west sides, where violence against BAME women is both commonplace and baked into history. Towns like Washington or Garfield are not only crime hot spots, they are police blind spots: for decades, a staggering number of Black and brown sex workers have been murdered in these districts, and to this day most cases are left unsolved. “These men typically get away with these crimes because of the stigmatisation sex workers have to face,” observes Kane, “but also because officers mark the loss of sex workers, gang members and ‘transients’ as ‘No Human Involved’. It’s social cleansing, in my opinion.” Another ongoing project focuses on the complex history of Black music. “For Black History Month, we’ve been connecting [the evolution of] Black music to the influence of sex workers and the involvement of erotic labourers, and mapping history with that,” Kane explains. The collective is systematically exposing how music scenes have coexisted with erotic labour spaces on the fringes of the white mainstream. “It’s something that we’ve noticed throughout time – Black erotic labour spaces offering marginalised artists a platform and influencing eroticism in Black music history.” One focus highlighted by the research is the prevalence of ‘buffet flats’, a name for brothels and speakeasies crucial to the jazz and blues scenes of the early 1900s. Places of entertainment and live performance, the flats fostered diverse sexual atmospheres safe for LGBTQ+ people, as well as business areas for sex workers. Fast-forward to the 90s and 2000s, and Black strip clubs, Kane argues, gave space to marginalised hip hop acts, especially those with more explicit lyrics and performances. Black music, and its global cultural reverberations, wouldn’t exist if it wasn’t for Heaux culture, but in light of apps like OnlyFans, the collective says, Heauxism has been embraced by the mainstream – it’s been commodified, and that comes with its own complexities. As cultural stereotypes are becoming better known and appropriated across popular culture, Black sex workers are still being ignored, marginalised and killed.