From indie sleaze to regencycore, nostalgia-driven trends are being chewed up and regurgitated at breakneck speed. Enter dinocore: the final trend to end all trends 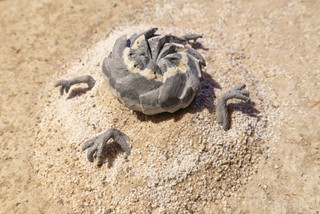 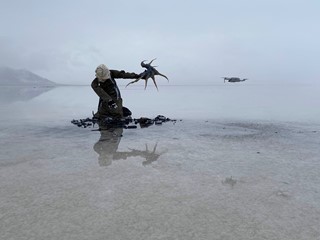 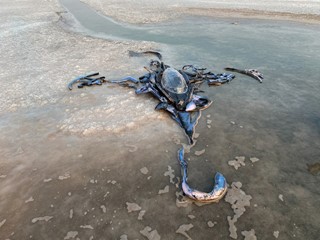 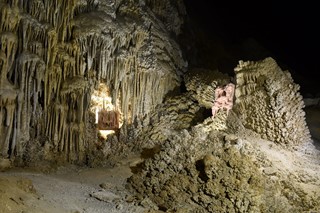 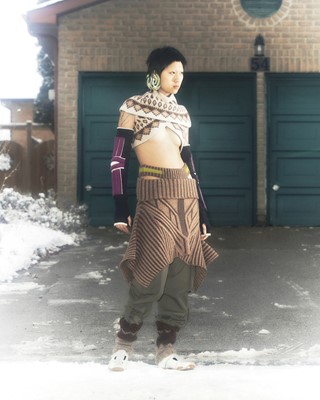 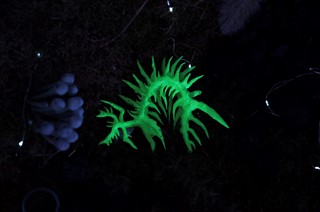 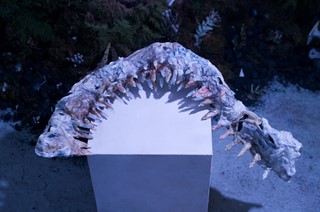 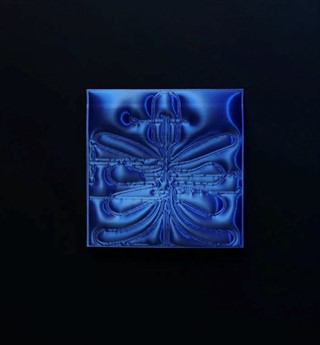 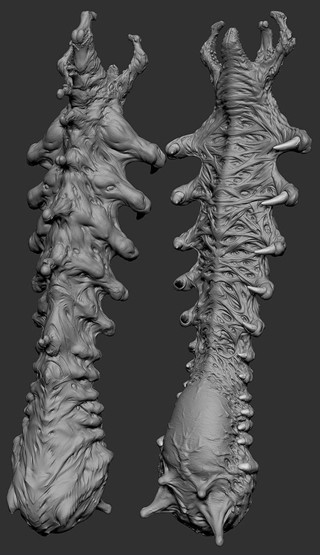 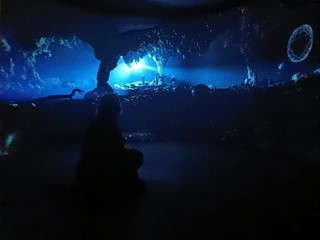 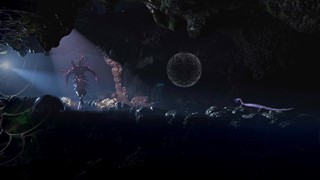 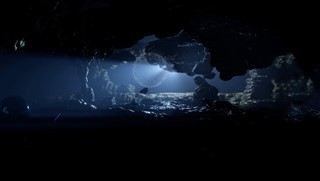 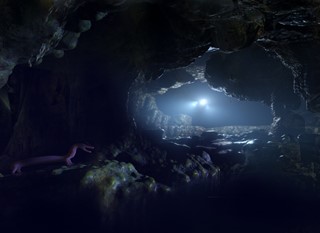 “Fuck you, Tiktaalik,” goes the punchline of a viral meme that was circulating earlier this year. In it, a prehistoric freshwater fish is seen crawling out of a body of water. A distant ancestor to modern humans, the tetrapod is believed to have played a key role in life’s transition from sea to land. But, for meme’s sake, it’s now the subject of ironic hatred: a constant reminder of what could have been if we had simply stayed put in the primordial soup and not ventured wayward into humanity. Or, as one caption puts it: “This asshole decided to walk out of water and now I have to go to work and pay rent.”

With ongoing pandemics, climate catastrophe, and the feared launch of nuclear war, it’s understandable that people are looking to the past to make sense of an uncertain future. Anarcho-primitivism, a once-fringe belief that rejects modernity and advocates for a hunter-gatherer lifestyle, has been gaining mainstream traction online, with memes such as Return to Monkee, Reject Modernity, and Ideal Anprim GF hinting at a lost simplicity. Last year, images depicting Theodore Kaczynski – AKA the Unabomber, an American terrorist who lived in a cabin in the woods – began to circulate on Reddit. His manifesto, which outlined the negative effects of the Industrial Revolution on humanity’s progression, is used in these memes by those who claim it makes sense, whether genuinely or sarcastically.

This rejection of modernity is not just limited to the memescape. On TikTok, we’re seeing users ready themselves for a regressive #feralgirlsummer, while others are embracing the comforts of depravity and going #GoblinMode. Fringe fitness circles are trading in lab-made Huel shakes for raw eggs and flesh, while recent novels like Tao Lin’s Leave Society depict the author abandoning Big Pharma to embark on a relentless self-improvement routine consisting of natural healing remedies and psychedelics (a plot that accurately reflects the current fixations of the wellness industry). These trends signal that people are getting tired of modern-day monotony, and of chasing the neoliberal grind. So perhaps we should take things a step further and abandon humanity altogether?

So, hear me out: as the most distant yet tangible creature to exist in human records, dinosaurs are peak nostalgia (bar amoeba or the Big Bang, which both feel slightly ridiculous, though I wouldn’t rule them out). As a species we’re becoming increasingly obsessed with the past, with nostalgia cycles only getting faster and more extreme – the last few years alone have seen Y2K, indie sleaze, cottagecore, regencycore, and medieval fashion all enter the cultural lexicon. Trends are chewed up and regurgitated at breakneck speed, and it feels like there is nowhere left to go but prehistoric: to the realm of dinocore, the final trend to end all trends.

As the world hurtles towards climate disaster, we’ve already seen the likes of Balenciaga and Craig Green explore themes of displacement through their latest collections. But dinocore goes back even further, feeding off the unreality of the present by imagining dank ritualistic worlds, untouched by humanity, that grow and mutate amongst themselves. So, like tiktaalik-in-reverse, we crawl back into the safety of the primordial soup, to a place that’s far away yet equally as alien as the world we currently live in. “Grow fins, go back in the water,” cries Brian Molko on Placebo’s latest EP – and he’s not wrong.

Across the memescape and on Instagram art feeds, people are reaching for the prehistoric, whether that’s through visual art in the form of primitive biomass and fossilised forms, or spikey, post-human tattoos and sculptures reminiscent of Palaeolithic cave markings. There’s Claire Barrow’s dinosaur t-shirt for the latest Marc Jacobs Heaven collection and Rick Owens’ utilitarian caveman garms; Iris Bodemer’s paleolithic jewellery and Crying Dove’s hunter-gatherer artefacts.

“There is an inevitable attraction to histories that reach back further, which dig deeper to the very bones, which can be intuited or suggested but not absolutely known as information” – Torre Alain

Dinocore doesn’t reference dinosaurs per se, but rather draws on prehistoric imagery and artefacts, like skeletal forms, reptilian rock formations, ancient cave paintings. This resurgence of ancient imagery has been most prevalent online, where its sparked an interrogation of the relationship between contemporary technology and past mythologies. “The digital sphere is a territory where ancient belief systems and future predictions come together, for better or worse, and it’s all presented in parallel,” says Joey Holder, a London-based visual artist who often references primordial (or dinocore) themes in her work.

The internet has a lot to answer for when it comes to this sudden, collective yearning for regression. The saturation of information online forces us to question our beliefs, whether that’s mainstream media narratives, conspiracy theories, or ancient religious systems. Stuck in a capitalist realist loop, the future seems increasingly unappealing, our societal structures less reliable. We are craving an escape; something entirely removed from our current reality. “There is an inevitable attraction to histories that reach back further, which dig deeper to the very bones, which can be intuited or suggested but not absolutely known as information,” says Torre Alain, a London-based artist whose work depicts scenes of charred dinosaur bones and apocalyptic badlands.

The rise of the dinocore aesthetic is currently most visible in the art world. Take the work of the nomadic art gallery Final Hot Desert, which invites us to consider the earth and its geological history through a series of cybernetic open-air installations in Utah’s Great Salt Lake. “As things get more and more cataclysmic and the world starts to focus more on the end, we start to think about the last time with the dinosaurs, but also our relationship with geological time in which we’re so tiny,” says Ben Sang, artist and founder of Final Hot Desert. He traces the mainstream fascination with dinosaurs to narratives of power across history. “It’s a mythology and characterisation that people can latch onto,” he explains. “You can see big shifts towards dinosaur fandom across history, whether that’s Godzilla being the product of all this radioactive waste, or the Jurassic Park series emerging around the same time that the US was starting to take active military interest in oil in the Middle East.”

A key part of dinocore is the relationship between technology and the current climate crisis. Many dinocore artists tend to reference the work of cyberfeminists, especially Donna Haraway’s notion of chthulucene – the understanding that everything in nature is interconnected. Dinosaurs then function as palaeolithic tools to explore the connection with human technology and its impact on the surrounding environment. Visually, this manifests in a combination of natural and bionic or post-human imagery (think: Grimes’ alienoid visuals).

“As things get more and more cataclysmic and the world starts to focus more on the end, we start to think about the last time with the dinosaurs, but also our relationship with geological time in which we’re so tiny” – Ben Sang

For example, in Sang’s latest exhibition, South Korean artist Yein Lee’s sculptures appear like bionic wreckage plucked from a distant future. Inspired by Sadie Plant’s retelling of the Great Oxygenation Event in Zeros + Ones, a catastrophic turning point in terrestrial history in which the earth’s cyanobacterial population produced the most significant extinction event to date, Lee merges technology with the prehistoric, studying ancient life to forge ways of understanding the future, so as to not repeat past events.

There’s also Holder’s Sydney Biennial piece, titled “Abyssal Seeker”. Set in the depths of a dark oceanic cave, it is a 180-degree digital video that features a parafictional seafloor inhabited by bioluminescent fish and alien sharks. A work of speculative fiction, it feels strange and otherworldly, removed from human life. “The piece was brought about by a desire to escape a data-driven world to a place which is unmapped and primordial, somewhere which was beyond the limits of human knowledge and understanding,” Holder explains. For him, mythic fiction is a powerful tool: a way of upturning anthropocentric thinking by inserting magic into an era of over-rationality. “What we create through culture is always tied to nature. History presents a limited picture of reality, told by human subjects. Most species have been on earth far longer than we have, and 99 per cent of species which have lived on earth are now extinct.”

Like the asteroid that killed the dinosaurs, it does feel like we’re at the brink of yet another cataclysmic event. So maybe reflecting on past extinctions can help us come to terms with a world in which humanity may cease to exist. “Maybe it’s the desire to go back to the primordial soup, maybe it’s the feeling that one day we’re going to be the skeleton that’s discovered by a future race,” agrees Yuma Burgess, a London-based visual artist whose work is inspired by ancient cave paintings and rock art. A close collaborator of photographer Aidan Zamiri, Burgess has made works for the likes of Caroline Polachek and Paolina Russo. His sculptures merge primaeval symbolism with modern-day technology, creating future projections of ancient civilisations; like remnants of a lost humanity. Laser-cut slabs made of spray paint, sand, and resin reference the fluid computers of the early 1900s, but resemble ancient Egyptian tablets circa 3150 BC.

Burgess merges ancient imagery and technology as a way of inserting mysticism or “irrationality” into our overly-computational present. The modern world, Burgess argues, doesn’t encompass the richness of the human experience, as is expressed through ancient mysticism or “irrationality”. Using Roger Penrose’s 1989 text The Emperor's New Mind, which says irrationality and paradoxes are foundational to the human experience, he argues against “the need to rationalise or data-fy everything”, instead adopting mythology as a way of understanding our lived experience. “Computers are symbolic of our times. We’re so bound by the binaries. If a computer has a paradox, it just crashes,” he elaborates.

In his 2018 book The New Dark Age, James Bridle describes how technological acceleration has created a world that is unknowable to humans. Technology was meant to progress humanity, but it has only plunged us further into darkness. “New technologies do not merely augment our abilities, but actively shape and direct them, for better and worse,” he writes. “It is increasingly necessary to be able to think of new technologies in different ways, and to be critical of them, in order to meaningfully participate in that shaping and directing.”

Bridle is right: we are heading into a New Dark Age, one inhabited by technocrats and cryptic algorithms. This isn’t the techno-utopia promised by early tech soothsayers, but neither is it quite a dystopia. While the truth won’t be revealing itself in cracked dino eggs, traditions of myths and fiction, inspired by our distant past, can help in building a world that isn’t as sterile as the automated future that Silicon Valley execs want us to live. Dinocore reaffirms our connection to nature, reminds us of the disasters that came before, and encourages us to use technology in a way that helps, not harms, our surroundings.