Life is returning to something like normal in China’s capital – we hear from some of the city’s artists, stylists, and musicians on what it’s been like so far

We’re living through unprecedented times – the current, very unusual alteration to the way we live life right now calls for solidarity, togetherness, and communication. So on Dazed, we’ve created the #AloneTogether community. Across the days, weeks, or months of the coronavirus pandemic and concurrent isolation measures, we’re connecting with our audience to offer URL experiences, art, and advice made with you and talent from across music, fashion, art, tech, and politics. We may be alone, but we are together.

In the country where Coronavirus first broke, Beijing residents have been gradually getting back to normal – or, at least, a different kind of normal to the one they had before. At the end of April, just in time for the May Day holiday, the city downgraded its emergency response level, allowing people to leave Beijing without having to undergo two weeks of strict home quarantine when they return. Shops have started to open, and restaurants and bars are operating with social distancing rules. But masks are universal, and the QR code system put in place to track movements and categorise people by their individual health status – rolled out across the whole of China over the past two months – doesn’t look like it’s going away any time soon.

For those who operate at the city’s cultural edge, coming out of strict measures doesn’t mean leaving the lockdown mentality behind so easily – as their diary submissions demonstrate, the headspace and change of pace it might have allowed is something you can carry with you as you start again.

The future of heterosexualityTo launch our new Future of Sex series, author Shon Faye examines the current state of heterosexuality – how it’s been ravaged by the internet, feminism and the media, and where it can go in the years ahead
Lockdown Diaries – Beijing15 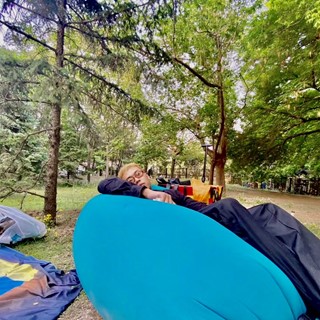 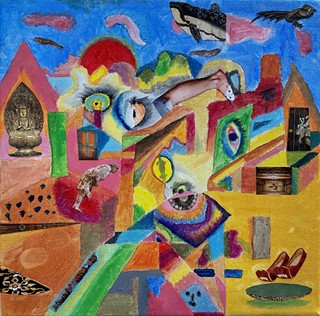 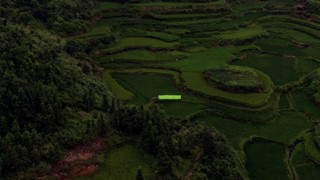 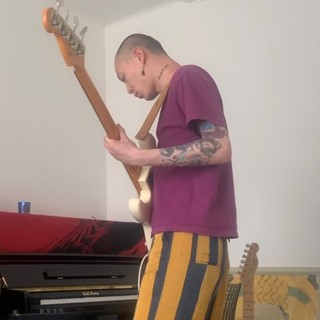 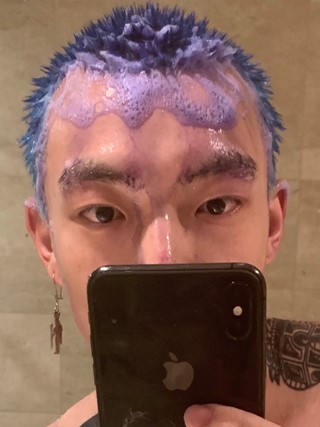 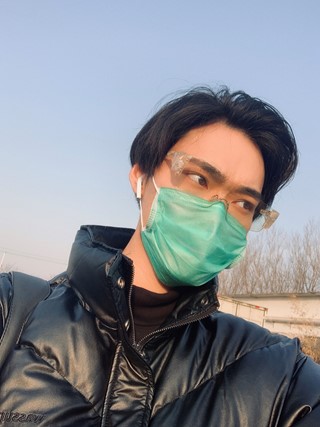 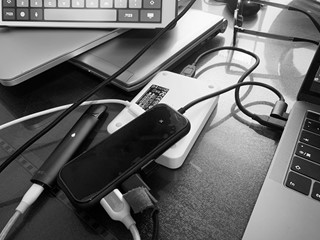 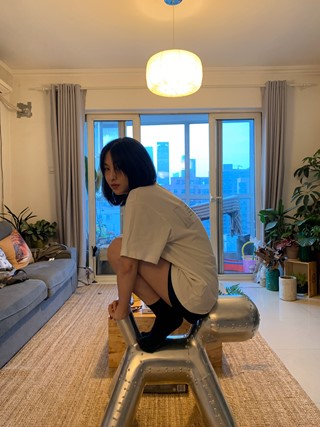 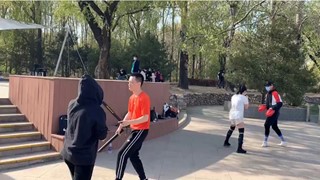 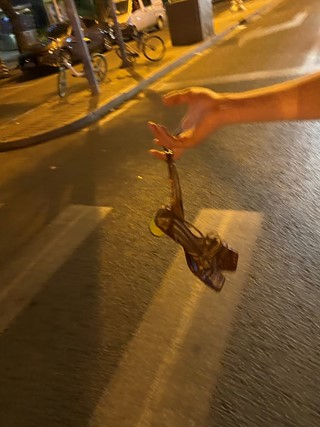 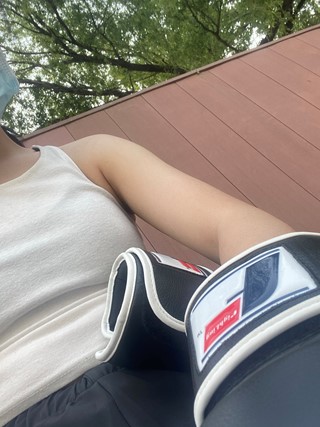 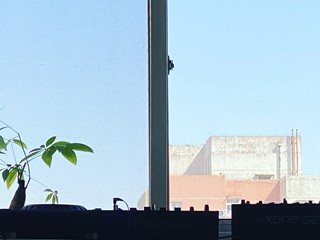 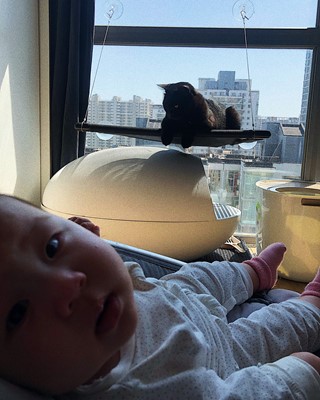 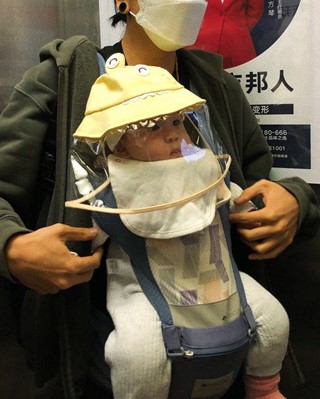 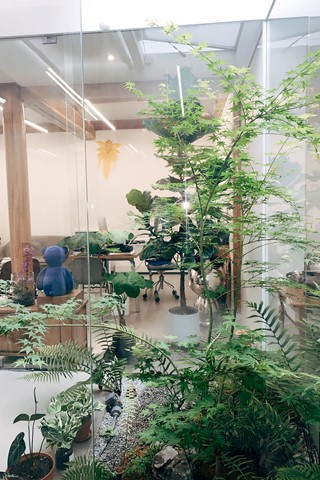 LUXIXI, DJ, PROMOTER AND OUT OF FASHION BOYS FOUNDER

Luxixi, March 28, 2020: After two months of quarantining myself in Beijing, my weekly routine has become very different from before. I often go to parks, for just walking with friends or doing boxing training (gyms are still closed so we can find somewhere outdoors, and train with masks on). Also I have quietly visited several friends at home, playing music, having meals or even just chatting. The pandemic makes all of us slow down, and I’ve had more time to think. But it was way too much time to think about myself, future, love... I even watched the Matrix three times over! Which makes me too emotional. When you stay alone for too long, even just talking to your friends on the Internet will make you want to communicate with just about anyone. That’s not a good sign.

We were supposed to have a party in Beijing on March 21st with GORO, and go to the Japanese music festival FFKT at the end of May. None of these are gonna happen now. Don't know how long this pandemic will last, but I’m starting to miss my club life.

Nessa Cui, Saturday May 9: Since the beginning of the lockdown, my mindset went through a shift: from confusion, to calm, to the current reluctance to be actively creative. As I experience this mindset shift, time flies. Before I even know it, it is already approaching summer!

During this lockdown, I spent most of my time burying myself in books and music, as if I can find some sort of consolation for myself there, and some answers to all the chaos in the world. But I only found that human nature has never improved or changed. There is no linear direction in our development, only a cycle of deconstructions and reconstructions.

The irony is that instead of becoming more cynical, I’m optimistic. I’m spending more time in my neighborhood and turning into a person who likes to observe my surroundings, as if my senses have been enlarged.

The lockdown forced me to shelve my plans for holding art exhibitions this year, but its made me re-examine my working practice, which ultimately I think is a good thing. During the lockdown I’ve started planning a label focused on exploring the spirit of Chinese aesthetics, across art and music. At the end of this, we will grow regardless of the circumstances – eventually love will endure the pain and we will thrive again.

Howie Lee, Thursday May 7: I was planning to finish my two albums after my tour last December and January, so the lockdown is really what I was planning to do anyway. I've also been drawing and painting a lot. It did affect me a little bit, but really didn’t mean too much to me – I stay at my studio most of the time anyway!

Cai Jiacheng, Thursday May 7: The virus kicked off just after the Chinese New Year and now it’s almost settling down. Living in Beijing, I wouldn’t say we really had a lockdown unless if people were coming back from a different city, then they would have done a 14 days isolation at home. So the freedom of getting out never really been taken, there was just not much to do outside. As bad as the virus has been, there’s a way in which I benefited from the progress – I kept my daily routine better because there wasn’t much to do out, less distraction. I’m really enjoying making the most of the daytime creating.

Spring is the best season in Beijing in my opinion and it goes fast, I went to a few events in the past couple of days and I appreciate it more just being able to be out and talking to people face to face. I am recording my next album this month & when its done, me and my friends are going to do live gigs around the country, this is something I’m looking forward to the most: getting on the road, collecting stories, connecting with people.

I want to send my prayers to the people who lost their families and suffering from the virus still. I feel like the mental hangover will last longer even the numbers stop increasing. I (know) I’m a lucky one. I believe we can get through it together.

I’ve attached this song from my friend Wenying Wang's latest album. The song talks about how you reflect yourself on others: do good and be positive. I believe in that.

Shen Zhang, Friday May 8: We are gradually back to normal life now, since the virus situation is getting better, but wearing a mask is still a must. We’ve never been in such a severe situation before, we’ve faced things that we’ve never faced, but we made it through because we did everything we could for the lockdown. When it was lockdown, we couldn’t go out, visit friends, or have any gatherings. It was during our most important festival – Chinese spring festival, which is a festival for family gatherings – so it was kinda hard, but we did it. Every day I’ve been mostly wearing pajamas since I barely go out, it’s so relaxing comparing to my old daily look… but I do miss the times I dress up for going out. My routine became very solid: cooking,exercising at home, watching movies, drinking, maybe taking a walk downstairs once a while. I was watching tik tok the whole time! But I believed we could go through it soon or later. What I missed the most was dining out, eating and drinking with friends… Being able to travel again and go dancing will be great.

Lu Wang, Thursday May 7: During quarantine, Beijing was on high alert. I was in a different city when the outbreak happened; naturally, when I returned to the capital city, I had to undergo a 14 day isolation period at home. We had a great deal of help from the community and what the Chinese call “Juweihui”, which is kind of like the local government. They would come and collect the garbage and bring groceries.

The two week isolation was kind of a blessing in disguise. I spent most of the day taking care of my 5-month-old daughter and playing with the cats. When she goes to sleep at night, I would kick back with a drink and watch movies or read (which I haven't been able to do before this madness!). As the virus becomes increasingly under control in China, we're now able to go back to a relatively normal life with a government-regulated QR code. We've certainly learned to be more appreciative of our families in the last couple of months – without them, I don't know how we could’ve gotten through this. It's great to be alive and healthy.

Angry5JaR, Thursday May 7: During the first few months of the epidemic, it definitely affected me. It was a very painful process, and I could not accept that I wasn’t able to be outside in nature (I like travelling very much) On the other hand, it gave me more time to work on my own. I did a lot of meditation, so that I can better create art. I hope this is a transitional period for me to make changes and take my life more seriously.

In Beijing, I would describe myself as an introvert, so I am used to facing life on my own. So it maybe didn't affect me much compared to other people. But I do believe this outbreak is the earth's rejection of the negative energy of human beings. It’s a warning. I just hope everyone is safe.

Harvey Lee, Wednesday May 6: Ever since the very beginning of 2020, there has been dramatic change in our lives. Chinese people were seriously aware of this pandemic and everyone was very strict about it for themselves. No one wanted to risk their lives. Everything we wanted to do during Chinese New Year was stopped including (shutting) all the shopping malls restaurants, karaoke bars and clubs. In Beijing, it is even more serious than other cities. The lockdown was just eased last week. Some of the bars are still not open yet at this time.

I am a freelance video director and editor based here. Because of the lockdown, no production was allowed. There was a work gap of a few months, for me. Refining some of the work I had already shot was one of things I did during lockdown. I can’t even imagine how I survived this time period as I’m such a workaholic!

Lucia Liu, Friday 8 May: We’ve been partly back to work since April, and getting much more busy now in May. I feel stressed but also optimistic. The virus forces you to challenge yourself more, creatively. The maple tree in my studio garden was completely dead over the lockdown because the auto watering system was broken – however, it's all green and growing magically now.