‘It was insane’: We speak to director Damien Chazelle and stars Margot Robbie and Diego Calva about the divisive new Hollywood epic 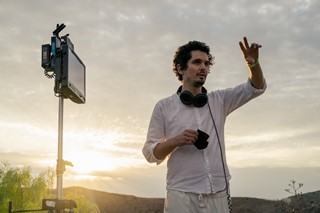 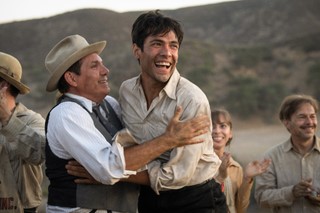 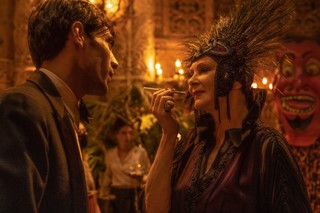 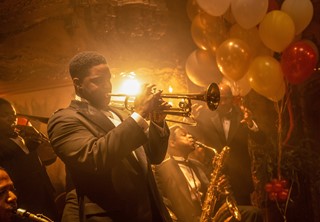 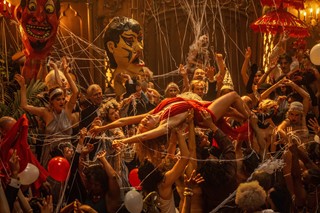 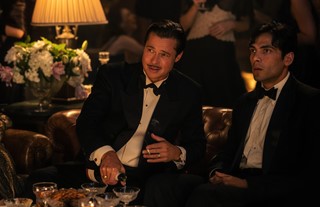 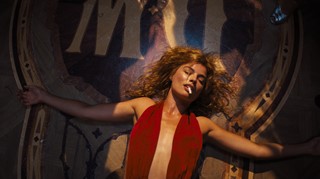 There’s a trick in war films where blood splatters across the lens, breaking the fourth wall. In Babylon, it’s elephant shit. Barely a minute has passed in Damien Chazelle’s boisterous fifth feature when two men transport a pachyderm through California in 1926 and the creature uncontrollably defecates onto the camera. A minute later, we’re at a hilltop mansion, witnessing a high-heeled model urinate into an obese man’s mouth – a cruel sight, perhaps, given that it’s a 189-minute movie that requires a bladder of steel from cinemagoers.

Babylon, then, earns its 18-rated certificate within its opening scenes, then proceeds to plunge into exponentially more nudity, cocaine-snorting, and projectile-vomiting. Whereas Chazelle’s previous features meticulously build up to their climaxes – the drum battle of Whiplash, the final song-and-dance of La La Land, the moon landing of First Man – Babylon launches with an ostentatious, how-and-why-are-they-doing-this 30-minute party sequence that suggests Chazelle is cashing in on the Oscar success of La La Land while Paramount is still writing cheques: the budget is allegedly north of $100 million.

“The language of the movie was to set up a chain reaction where things kept topping the thing before,” says Chazelle, 37, in Rosewood Hotel in mid-January. “Every time you think a scene has gone to its maximum state, it’ll go that much further. You can’t do a movie like this in a half-assed way: you have to jump head-first into the deep end, and hope you’re not going to break your neck.”

Much of that first swirling party – and, indeed, the shitting elephant – is witnessed through the eyes of a young Mexican figure, Manny (Diego Calva), who serves as the film’s Nick Carraway. Initially an introverted bystander to the mayhem, Manny encounters an event crasher (literally – she drives a car into a statue) in the form of Nellie LaRoy (Margot Robbie), a wild spirit whose eccentric dancing and gallivanting at the mansion earns her an acting gig the following morning. Later, Manny is hired by an A-list star, Jack Conrad (Brad Pitt), as an assistant, which leads to opportunities to pursue his dream of becoming the Damien Chazelle of 1920s Hollywood.

The cast is so stacked, there are also scene-stealing roles from Jean Smart, Olivia Wilde, Li Jun Li, Jovan Adepo, Katherine Waterston, and Flea. Some actors are surely in-jokes: Spike Jonze plays an out-of-control filmmaker; Jeff Garlin depicts a studio executive, not long after Curb Your Enthusiasm’s running gag that he’s a Harvey Weinstein doppelganger. When I ask Chazelle if he intentionally cast three members of Leonardo DiCaprio’s “Pussy Posse” – Tobey Maguire, Lukas Haas, Ethan Suplee – he initially claims confusion, then responds, “I don’t think that term’s been used since the 90s to describe them! They’re all great actors. That’s what it was.”

In an early leaked version of the script, Nellie’s character was named Clara Bow, the silent film star who, after the introduction of talkies, did her last movie at the age of 28. “Clara Bow was a placeholder,” clarifies Robbie, 32, in a separate interview alongside Calva. “She was always a fictional character inspired by Clara Bow. Almost everything in Babylon is based on real stories. Things were mad back then. They would go to Skid Row, round up hundreds of people, and say, ‘I’ll give you a free lunch. Here, go do a battle scene.’ And people would die. The parties were crazy. The drug-taking was out of control. Everyone was very young.”

“I based Manny more on the Mexican communities living in Los Angeles at the time,” says Calva, 30. “That helped me realise Manny’s childhood and arrival in America. And, I mean, there was [Mexican American film star] Ramon Navarro.”

As Babylon rolls on, the headaches and hangovers overwhelm any initial pleasure. Homophobia, blackface, and suicide all enter the narrative as actors like Nellie and Jack lose their stardom once cinemagoers in the late-1920s know what their voices sound like. In the film’s undoubted high point – it’s a divisive film, but even haters will appreciate this sequence – it momentarily transforms into a Saw-like horror film around the two-hour mark.

“YouTube’s my biggest resource when it comes to prepping any movie. I channel animals, actually, to create a character. Nellie was a honey badger and an octopus” – Margot Robbie

Funnily enough, Chazelle entered Hollywood as a horror writer, his screenplay credits including 10 Cloverfield Lane and The Last Exorcism Part II. “It’s a multi-genre film,” says Chazelle. “I was able to reach back to things I’d done before and recontextualise them… The audience senses it’s heading in a dark direction, and you take it further than anyone expects.” Does the rule of horror writing – ensure the reader wants to turn the page – still apply with a 180-page script? “It applies even more. When people see how thick the script is, they want to throw it across the room.”

Though Chazelle names Courtney Love as one of many inspirations for Nellie, Robbie insists she focused less on real-life celebrities and simply turned to search engines. “YouTube’s my biggest resource when it comes to prepping any movie,” says Robbie. “I channel animals, actually, to create a character. Nellie was a honey badger and an octopus.”

“I didn’t base Manny on any animal, because he’s always staring,” adds Calva. “But for me, Nellie was also like a panther.”

Despite its period setting, Babylon depicts Nellie (her frizzled hair ensures she stands out) and Manny (he hallucinates the future of cinema) as floating souls who exist in their own dimension. Does that mean Nellie knows the 1995 song “Greg! The Stop Sign!!” (Robbie excitedly tells me she does, even if Nellie doesn’t), and that Manny has seen Avatar? To what extent are they timeless?

“Everything is factually correct,” says Robbie. “It’s just not the stereotypical version of the 1920s that we’ve seen before. So it feels timeless because it’s not locked into the cliches we’re used to seeing.” She continues, “You can watch a movie set in the 1800s, but if it’s a great movie, a modern-day audience can relate to it, because it’s dealing with human emotions. Humans and the world do the same thing, time and time again, just in a different context. If it’s truthful, it’s always going to be timeless.”

“Babylon talks about how the times have changed,” says Calva, “but we haven’t.”

Whether Babylon is timeless might come down to where you sit on its ambitious ending, a history-spanning montage designed for hyperbolic responses – it’ll be the best or worst thing you’ve seen in recent memory. Chazelle informs me it came “mainly from the gut” during postproduction, albeit after some test screenings.

“10 years from now, [I want to do] a commentary on everything you see, [where I tell] people what was actually happening at the time. It was insane” – Margot Robbie

“I remember seeing the first cut, and I left feeling so hollow,” says Robbie. “Then the next cut, he added that whole sequence, and I felt so invigorated. I could barely sit in my seat. It was a genius piece of editing.”

I suggest that to be completely circular, though, a film about the making of Babylon needs to exist someday.

“Like the Heart of Darkness version of Babylon?” says Robbie.

“In the desert scene, when Nellie’s fighting a snake, nobody can tell we were literally frozen,” says Calva. “It was so cold.”

“I would love to do that,” says Robbie. “10 years from now, a commentary on everything you see, and I tell people what was actually happening at the time. It was insane.”

Babylon is out in UK cinemas on January 20