The director talks about his acclaimed black comedy, Tár – a Cate Blanchett-led study of power, ‘cancel culture’ and human fallibility 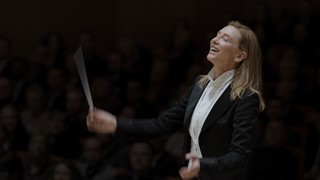 “Todd Field is a terrible name,” says Todd Field, with a sigh. “You have Todd-deh Field-deh. It doesn’t roll off your tongue.” Born William Todd Field, the 58-year-old American writer-director reverted to his middle name as a child after a paediatrician called him Billy in a sing-song manner. “At film school, I went by William Field until my thesis project, and that was a big discussion with my wife.” Upon listing the difficulties of ordering coffee as Todd, the artist formerly known as William pauses: why are we discussing this again?

Field is in London for the UK premiere of Tár, speaking to me the week of its theatrical release. Starring Cate Blanchett, the black-as-tar comedy documents the downfall of Lydia Tár, an EGOT-winning conductor who, in celebrity terms, is the Cate Blanchett of classical music. Truth is, Lydia’s real name is Linda Tarr, just one of the secrets the Berlin-based maestro (she refutes the label of “maestra”) hides beneath her silky menswear wardrobe and snarky one-liners. In fact, Tár – or Tarr – feels so three-dimensional, many viewers initially mistook Tár for a biopic.

Though Field refers to himself as a jazz guy, his screenplay conveys a rich understanding of Lydia’s lifelong expertise. During 2020’s first lockdown, the director spent a month in conversation with John Mauceri, a conductor and former assistant to Leonard Bernstein. “There was so much quotidian dialogue and arcana that only someone of John’s background would know,” Field explains. “The other part is Cate Blanchett.” In a storytelling gamble, Tár opens with Lydia being grilled onstage for 15 minutes at the New Yorker Festival by the magazine’s Adam Gopnik, playing himself. “You have no doubt you’ve just sat in on an interview with Lydia Tár. Well, that’s Cate.”

Tár is only Field’s third feature as a director. After acting in the 90s (he was a scene-stealer in two of the decade’s finest movies, Walking and Talking and Eyes Wide Shut), Field helmed two Oscar-nominated movies in 2001’s In the Bedroom and 2006’s Little Children. During his 16-year hiatus, he directed flashy advertisements and was a prolific screenwriter (he tells me, knocking on wood, that he’s never experienced writer’s block) for unproduced projects such as As It Happens, a movie co-written with Joan Didion that, if made, would have starred Blanchett.

As it happens, Field wrote Tár specifically for Blanchett, the latter learning German, piano, and conducting for the role. With its rapid turnaround, Tár is also a contemporary film: it’s a post-pandemic, #MeToo-acknowledging social satire that’s been repeatedly referred to in reviews as a story about “cancel culture”. However, those two words are never uttered onscreen.

“This film, if it took place 10 years ago, the tools of that house of cards coming down would be different,” Field says. “[Terms like ‘cancel culture’] wouldn’t be used. But this film takes place in three weeks in November 2022. We understand these ubiquitous terms, and we can have opinions on what they mean, or don’t mean, to us personally. And those things, I’m not particularly interested in.”

He continues, “White, patriarchal abuse of power has been going on for as long as we have a human history. As long as there’s western civilisation, this has been taking place. There’s going to be a wild swing of the scales of justice that might feel a little bit hard to understand, and they should, because there has to be a violent reaction, so we can find whatever the centre is going to be, to where there is a reasonable idea of human behaviour.”

After several hints and nightmare sequences that suggest Field absorbed a few Kubrickisms from Eyes Wide Shut, Tár reveals via a New York Post article that Lydia repeatedly offered job opportunities to young women in exchange for sex; if anyone refused, she strived to blacklist them from the industry. I bring up the theory that Louis CK’s productivity during his heyday was due to paranoia that his career could destruct at any moment.

“Oh, that Louis CK was running from the devil?” says Field. “I never thought about it like that. She’s driven. A lot of it’s to do with what she’s seen as her only salvation from a very challenging upbringing with no culture and no exposure to the arts.” He points to the corner of the room in a manner that doesn’t really translate to a written interview. “She saw a light coming out that door, and ran for it. A lot of times, people who come from humble beginnings, reach higher, because they don’t realise how impossible it is. Ultimately, sometimes they get higher, because they haven’t self-edited themselves in terms of how far that reaches.

“Lydia’s dilemma is that she started out with an open heart with music that she truly fell hard for, and took an almost devotional vow, as if she was going into a monastery. But now her life is different. She’s turning 50. She’s turned her back on what she loved when she was younger. Does it really matter if somebody else makes another recording of Mahler’s Fifth Symphony?” I note that, like Tár, Decision to Leave heavily incorporates Mahler’s Fifth. “It’s fair game. Visconti got there first, right?”

Amidst five-star reviews (we named it the best film of 2022) and the likelihood that Blanchett will win the Best Actress Oscar, Tár has also faced high-profile criticism. Amy Taubin called it “the most racist shit I have ever seen”. Marin Alsop, a conductor namechecked by Lydia, commented to the Sunday Times, “I was offended as a woman, I was offended as a conductor, I was offended as a lesbian.” Filmmakers often claim that art is up to the viewer’s interpretation. But what about the incendiary responses?

“Our hope in making this film is that it would inspire conversation and debate, and that that would be loud, opinionated, and ferocious,” Field says. “So I think that’s great. You mentioned Amy. I’ve read Amy for years. She was the first champion of my first film. I was surprised by the way she read the film – obviously I don’t agree with it – but she’s entitled to her opinion. Marin’s entitled to her opinion. I don’t understand that opinion but she’s entitled to it.” He adds, “The thing is, power has no gender. Power has no race.”

Next month, the Tár franchise continues with The Fundraiser, a Tár-adjacent short set to premiere at the Berlinale. In the meantime, Field wishes for Tár to speak for itself, although he can’t resist telling me, “She’s looking in the rear-view mirror, thinking, ‘At what cost did I get here? Who did I trample on?’ It’s not a film about a conductor or concert music. This is a film about power. What are the compromises that are allowed concerning power, whether you hold it, whether you want to hold it, whether you want to have an association with it? That’s very different from saying, ‘I want to make art.’ She’s sitting on top of this huge cultural bureaucracy. She’s playing politics, and sometimes not very well. She’s making decisions based on her experience, her expertise, her capriciousness, her hypocrisy, and her allergies. In short, she’s a human being.”