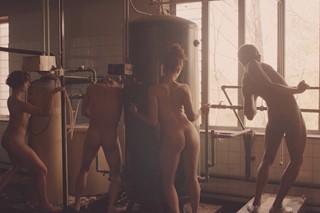 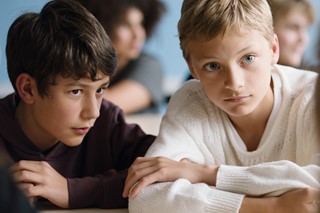 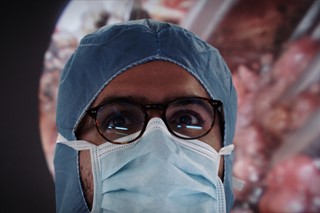 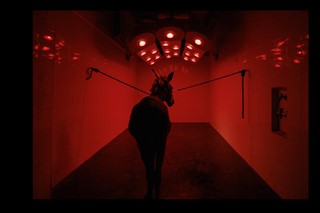 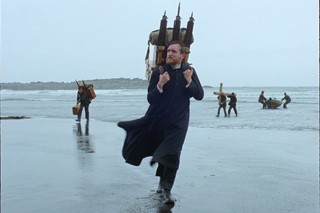 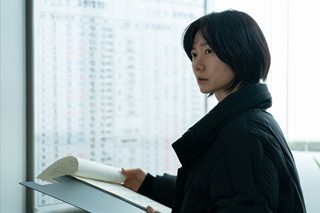 It’s approaching that time of year everyone looks forward to – Christmas! But two months before that is the 2022 BFI London Film Festival, which runs from October 5 to 16. As usual, the LFF (as you will find yourself calling it) collates the best movies from the upcoming months, as well as some that may never receive distribution or play in theatres again. It’s also a rare chance to see a Hollywood A-lister walk up and down the corridors of your local Vue and ask directions for Screen 7 Cinema!

With tickets on sale to the public now, it’s your opportunity to see the best films that will come out in late 2022, 2023, and perhaps even 2024 before all your friends. Not only is this the only way to see the Knives Out sequel without having the ending spoiled, there’s often filmmakers and cast flying over to do screening introductions and Q&As.

And as members of the public can purchase tickets to the red-carpet gala events, you can walk alongside the stars, and then find yourself sat behind them. For example, if you nab the right seat to My Policeman, you may find yourself within spitting distance of Harry Styles.

Importantly: if you’re aged 16 to 25, there are several films where tickets are only £5. If you’re 26 – well, maybe you can hide in the toilets a few hours before the film starts and walk in for free. (Just kidding. Don’t do that.) Otherwise, the festival is screening 164 features (some will also be simulcast outside of London), numerous shorts, and a handful of TV series. There will also be an Immersive Art and Extended Realities strand – you’ll have to turn up in person to see what Guy Maddin has done with augmented reality.

To save you from the stress of having too much choice, we’ve hand-selected 10 highlights from this year’s lineup. There’s a donkey-starring drama, Lars von Trier’s Twin Peaks, and much, much more.

The Belgian filmmaker’s queer coming-of-ager made everyone cry at Cannes, and then made everyone angry when it didn’t won the Palme d’Or. Already a frontrunner for the International Feature Oscar, Close also gained a reputation for a shocking plot twist. For now, all you need to know is that it’s about two young boys, and you’ll want to see it unspoiled – its UK release will probably be in 2023.

At 84 years old, the iconic Polish filmmaker has delivered what many believe to be his greatest accomplishment: a devastating drama in which a donkey is the protagonist. Unlike Au Hasard Balthazar, the award-winning EO (titled after a braying sound) really positions the grey, sombre creature front and centre. If you really need humans in your arthouse cinema – there’s a cameo from Isabelle Huppert.

The ultimate film bros are back. As expected, the Dardennes have crafted a furious, political drama with their trademark over-the-shoulder camera style, this time following two young Black teens facing massive injustice. After being smuggled from Africa into Belgium, Tori and Lokita pretend to be brother and sister in order to survive, but face further threats: they’re exploited, face blackmail, and are forced into crime. The Hollywood Reporter speculated that it’s the Belgium filmmakers’ “saddest film” to date.

If you were concerned about your mental health and were looking for an excuse to get fucked up on hallucinogens, then Becoming Plant is essential viewing (and chewing). In April 2021, six dancers ingested a psilocybin mushroom called the Golden Teacher, ripped off their clothes, and choreographed naked performances to align their bodies with plants. With an original score by Gaika, the experimental film tackles how we can escape the stress of the modern world by embracing drugs and nature. Think of it as another form of touching grass.

With a title that will make you sound really smart when you tell your friends about your weekend plans, De Humani Corporis Fabrica is a hypnotic, provocative exploration of the flesh and mess that is the human body. By taking their cameras into hospitals, the filmmaking duo responsible for 2012’s Leviathan provide close-ups of the brain, your intestines, and all the other gross bits inside you – but projected onto a disgustingly big screen.

After A White, White Day, Pálmason was already pinpointed as a name to watch. But Godland, if reviews from Cannes are to believed, is one of the year’s best and a must-see on the big screen. In the late 19th century, a Danish priest is asked to trek to Iceland to build a church for the locals, and photograph the surroundings: the snowy vistas, the volcanos, and even the rotting creatures. In doing so, he contemplates religion, colonialism, and the role of the lens. According to Sight & Sound, it’s “a film of extraordinary craft and power”.

After 2014’s A Girl at My Door, the film world eagerly awaited what July Jung would do next. Eight years later, she’s returned with a workplace drama loosely based on a real, worrying story. When a teenage girl, Sohee, takes her life, an investigation reveals that the otherwise cheerful youngster was being exploited at a stressful call-centre job. As well as its topical exploration of toxic workplaces and how industries can improve, Next Sohee promises fine acting – it stars Doona Bae from The Host and Linda Linda Linda.

SICK OF MYSELF, KRISTOFFER BORGLI

A provocative Norwegian comedy about two edgelords trying to outdo each other, Sick of Myself is like the competitive flirting scene in The Worst Person in the World – in reverse. Set in Oslo, Borgli’s third feature introduces a male artist, Thomas, whose latest schtick is an installation of stolen chairs. Jealous of his minor fame, Signe (played by Kristine Kujath Thorp from Ninjababy), his girlfriend, downs pharmaceuticals to deliberately develop a Cronenbergian skin disease and amass media attention. You will watch through your fingers as to how it escalates.

While you eagerly await Greta Gerwig’s Barbie, which she co-wrote with Noah Baumbach, there’s Baumbach’s Gerwig-starring adaptation of Don DeLillo’s White Noise – a talky drama that allegedly cost $140 million. Starring Adam Driver as a professor of Hitler studies, Baumbach’s black comedy mixes the director’s trademark observations about family life (Gerwig and Driver are married, thus living out a Frances Ha fantasy) with the threat of a so-called Airborne Toxic Event. Also look out for Jodie Turner-Smith, Andre 3000, and a comeback song from LCD Soundsystem.

When the first two seasons of The Kingdom aired in the 1990s, Lars von Trier openly called it his version of Twin Peaks. And like David Lynch’s TV creation, The Kingdom has returned for a third season, several decades later – and these LFF screenings might be the only chance to catch it on the big screen. Set in a soapy, supernatural hospital in Copenhagen where staff can be impregnated by a ghost, The Kingdom Exodus allows von Trier to be as ridiculous and controversial as he pleases – this time with Willem Dafoe and Alexander Skarsgård joining the cast.

The BFI London Film Festival runs from October 5 to 16. BFI members can book tickets now. Tickets go on sale to the public on Tuesday September 13 at 10am. More information can be found here

If you’re 25 or under and want £5 tickets, more information can be found here