The singer’s daughter co-directs Poly Styrene: I am a Cliché, a bittersweet documentary about the X-Ray Spex frontwoman. Here, Celeste Bell tells us about the songs that reflect her legacy and life 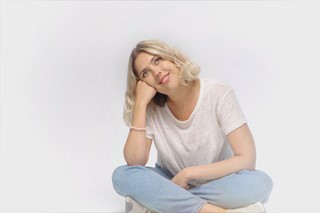 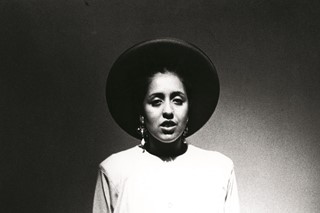 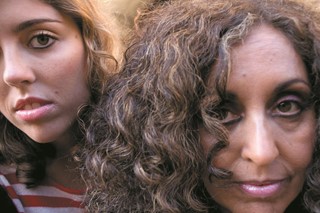 “You can’t imagine how painful and embarrassing it was to wear some of the things she made me wear,” Celeste Bell tells me about her mother, Poly Styrene, the legendary musician who fronted X-Ray Spex. “There was one outfit like a clown, with a harlequin. I was three, and had no choice. If you’re the child of a punk icon, you can expect to be dressed in some pretty bizarre outfits.”

In 1977, aged 19, Poly Styrene formed X-Ray Spex, thus becoming rock music’s first woman of colour. The band skyrocketed to fame with their debut single, “Oh Bondage Up Yours!”, and the corresponding album, Germfree Adolescents, was guitar pop heaven. During this period, Poly Styrene garnered press attention for defying social norms. She wore dental braces on TV, wrote protest songs with a sci-fi flavour, and shaved her head. But Bell, who was born in 1981, admits, “For most of my childhood, it meant little to me. My mum was my mum. I understood she was a bit different, and that understanding grew the older I got.”

When Poly Styrene died in 2011, Bell’s grieving process involved confronting a wealth of archive material. Bell’s mother, whose name at birth was Marianne Elliott, quit X-Ray Spex in 1979, and spent years as a Hare Krishna, mostly out of the limelight. Poly Styrene released solo material, including the stellar Generation Indigo, but her post-70s level of fame was encapsulated by a 1997 appearance on Never Mind the Buzzcocks. She was one of five options in the Identity Parade, a round traditionally for forgotten musicians, but was recognised immediately by a panellist (“I have her poster on my wall!”), and the typically sour Mark Lamarr exclaimed, “Ladies and gentlemen, my hero, Poly Styrene!”

In Poly Styrene: I Am a Cliché, a documentary co-directed by Bell and Paul Sng, the complexities of Poly Styrene’s life are conveyed via diary entries (narrated by Ruth Negga), footage both joyful and heartbreaking, and contributions from superfans like Thurston Moore, Vivienne Westwood, and Kathleen Hanna. There’s the singer’s hospitalisation through mental health, the court battle when Bell ran away to live with her grandmother, and when the mother and daughter reunited – eventually collaborating on an album.

Here, Bell tells us about the seven songs that define Poly Styrene’s life and music, why there’s more to X-Ray Spex than “Oh Bondage Up Yours!”, and if we should actually be referring to her mother’s legacy as punk. One thing’s for sure, though – she’s definitely an icon.

The nationwide virtual cinema release of Poly Styrene: I Am a Cliché is Friday March 5. Available to watch at Modern Films. Viewers can select a participating local cinema or music venue to share the revenue of the virtual box office

You didn’t pick your mother’s biggest hit, “Oh Bondage Up Yours!”

Celeste Bell: There are so many gems that are lesser-known.

So instead, you’ve chosen that single’s B-side.

In the documentary, your mother talks about how, around this time, as a mixed-race woman, she felt like an outsider, and that’s why she joined the punk scene – they were meant to be for outsiders. Yet alternative guitar-based music was, and still is, predominantly white men.

Celeste Bell: My mum was always going to be an outsider in anything she did. Even when she joined the Hare Krishnas, she was always on the edge of it. She was too unique as a person to ever fit in. A lot of so-called alternative music scenes can actually be quite conservative if you’re a really unique, out-there, artistic, creative person.

I believe your mother worked at a Woolworths?

Celeste Bell: She wrote the song when she was working at the Woolworths typing pool. In her diary entry, she describes it as her first experience of Apartheid, because they sat her next to the only other mixed-race, non-white person in the office. There’s a line in the song where it says “behind his servile innocence, he plots and he schemes” – I love that the most ordinary, mundane situations can be hiding something clandestine, rebellious, and dangerous.

What advice did you give Ruth Negga for reading out those diary entries?

Celeste Bell: Ruth didn’t need any instructions. She just got it, first take – amazing. I met Ruth on a night out with my cousin. We met her in Soho, on the street, and it all went from there.

This song has the famous line: “I eat Kleenex for breakfast and I use soft hygienic Weetabix to dry my tears.”

Celeste Bell: It’s the track on the album directly referencing her mental health struggles. I really love how it references 1977, as well, because that was the year in UK punk. It has very slow moments, and really speeds up. That’s reflective of the bipolar disorder – the peaks and the troughs. I love the lyrics and this idea of the overstimulation of media and information. It’s relevant to today, in fact, with the 24-hour news cycle and constant adverts.

What made you pick this specific BBC performance?

Celeste Bell: I really like this performance because she looks so beautiful, and was quite polished. My mum actually had a lot of insecurity about how she looked on stage. She didn’t like to watch herself. But she was really happy with how she looked here, so I like it for that reason.

It’s not really a punk song. It’s the most ballad-y of all their tracks. It’s also a love song. But at the same time, it’s really dark when you go into the lyrics. She’s talking about OCD, and envisaging a sanitised, dystopian society.

It’s funny how you say it’s not a punk song, because it’s one of her signature songs.

Celeste Bell: I consider my mum to be a pop icon, really. My mum didn’t like the term “punk”. She never described herself as punk. She always said the music she made was high-energy rock ‘n’ roll.

So we should start calling her a high-energy, rock ‘n’ roll icon instead?

How old were you when you first really listened to your mother’s music?

Celeste Bell: I was a teenager. I would’ve heard it before, but not paid attention. I remember, when I was listening to that song, I thought that sounded like my mum back then. I was about 14. She would’ve been having these conversations with me: “Do you think I’m looking old? Do I need to get a facelift?” She was already on Botox. I remember being like, “Mum, who cares? Stop being so vain.” Then I heard that song, and was like, “You just predicted what you were going to be like in 20 years.”

But that’s why it’s such a great song, because my mum picked up on these universal themes. That song is exploring vanity, ageing and beauty. Again, those are topics you wouldn’t expect on a punk album. For me, it’s the most female-centric track on the album. It’s feminist but it’s also critical of women and vanity, and all the things we maybe care a little too much about.

This is a lesser-known track from when she was a Hare Krishna. What do you remember of this period?

All her music during that period was Hare Krishna-centric. It was great she was able to be in the Hare Krishna movement, and still make music. But obviously, commercially, it wasn’t the best idea, because no one wanted to buy it (laughs). But she didn’t care. She was making music for herself at that point, not to make money.

You were involved in a few songs on her final album. Was this one of them?

Celeste Bell: I wasn’t involved in “Virtual Boyfriend” but I feel like I was involved in all of them because my mum would sing them to me when she was writing them. Obviously (the lyric about) Myspace needs to be updated (laughs). I remember, my mum was dating someone at that time, and saying, “We hardly ever see each other. He wants to communicate via email all the time.” This was pre-Tinder, pre-Grindr, pre-Bumble. It’s another example of how my mum was able to foresee things that would become more relevant in the future.

Was this when she asked you to replace her in the band?

Celeste Bell: (laughs) It was about the same time. My mum hated touring. She struggled with getting the confidence. She had stage fright and mental health issues. She said, “It’d be so much easier if you could do it for me. You know the songs.” I was like, “There’s no way I would ever do that.” But it was very cute that she asked me.

I imagine the filmmaking process was quite therapeutic. There’s a dreaminess to the whole documentary, as if we’re eavesdropping on personal memories and inner monologues.

Celeste Bell: That dreaminess was exactly what I wanted to transmit. When I look to the past, it’s like, “Was I imagining it?” Also, my mum was never fully present. You’d be talking to her, and she was somewhere else. It would drive me crazy when I was a kid, because I felt like she wasn’t listening to me. But she was. She was on another plane of existence half the time, and I wanted to bring that sense of otherworldliness to the film.

If someone only knew your mother for “Oh Bondage Up Yours!”, they might expect footage of her smashing guitars and chucking TV sets out of hotel rooms. But it’s actually a meditative film about mental health, strained relationships, and becoming a Hare Krishna.

Celeste Bell: That was something that bothered my mum, the assumptions that people made about her based on one or two songs. Like I said, she didn’t like the idea of being punk. She didn’t consider herself to be punk. Most of the music she made wasn’t punk music. It’s not that she was against punk, but she found it very limiting.