An LA Times investigation has revealed that award voters were invited to the show’s set and treated to a two-night stay at a $1,400-a-night hotel 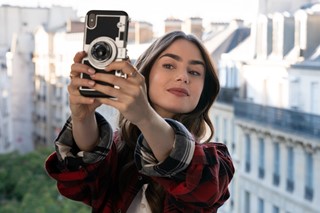 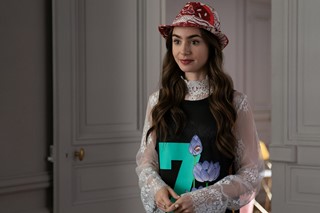 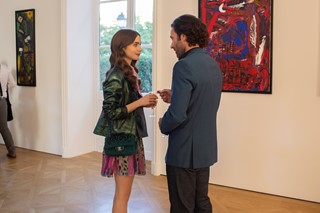 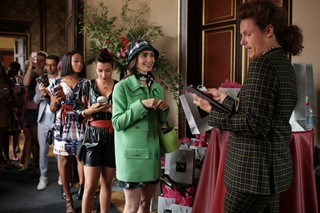 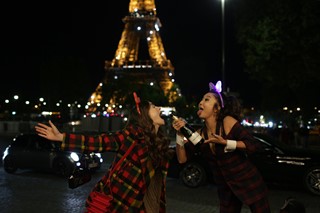 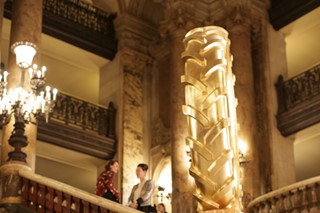 If you’re still shocked that Netflix’s Emily in Paris got a Golden Globes nomination, same. The announcement sparked outrage earlier this month, with critics condemning its inclusion over Michaela Coel’s powerful drama, I May Destroy You. Even an Emily in Paris writer came forward to express her “rage” at her show being nominated over Coel’s.

Now, it seems there may be more to the story than we first thought. A Los Angeles Times investigation into the Hollywood Foreign Press Association (HFPA) – the 87-member group of international journalists who dole out the Golden Globe Awards – has led to accusations that the show bought its nomination.

As reported by the newspaper, in 2019, more than 30 HFPA members flew to France to visit the set of Emily in Paris. While there, the group was treated to a two-night stay at the five-star Peninsula Paris Hotel, where rooms start at a cool $1,400 a night. The journalists also joined a news conference and had lunch at the Musée des Arts Forains, a “private museum with amusement rides dating to 1950” – all courtesy of the show’s developers, Paramount Network.

They were treated to two nights at the five-star Peninsula Paris hotel, “where rooms start at about $1,400 a night" and attended a meeting & lunch at the historic and private Musée des Arts Forains. pic.twitter.com/vXM3ZIuG2P

“They treated us like kings and queens,” one member told the LA Times.

The Emily in Paris anecdote feeds into a larger narrative around corruption at the HFPA, with the LA Times reporting that “there is a widespread perception that members can still be wheedled and swayed with special attention and access to A-list stars with whom they can take selfies to post on Instagram”.

Last year, a judge dismissed an antitrust lawsuit against the HFPA, which accused the organisation of being rife with ethical conflicts, and alleged that members accept “thousands of dollars” in fees from the studios, networks, and celebrities that they award accolades to.

Speaking to the LA Times, a current HFPA member said “the dismissal was disappointing”, adding that the organisation is “archaic” and “needs outside pressure to change”.

so emily in paris bought its golden globe nominations https://t.co/xbzJnMdlpBpic.twitter.com/HpbEWgy7oV

Directly addressing Emily in Paris’s inclusion in this year’s nominees, one HFPA member said: “There was real backlash and rightly so – that show doesn’t belong on any best of 2020 list. It’s an example of why many of us say we need change. If we continue to do this, we invite criticism and derision.”

Much of that criticism centred on the fact that Emily in Paris is, as the show’s writer Deborah Copaken said in an op-ed, “about a white American selling luxury whiteness”, set in a “pre-pandemic Paris scrubbed free of its vibrant African and Muslim communities”.

Copaken said that her excitement over her nomination was “unfortunately tempered by my rage over Coel’s snub”, adding: “That I May Destroy You did not get one Golden Globe nod is not only wrong, it’s what’s wrong with everything.”

Despite its widespread critical panning, Emily in Paris has been slated for a second season. Expect: more avant basic fashion, and another Golden Globes nomination, probably.