Set in a deadly endemic, Gakuryū Ishii’s film about a schoolgirl who can communicate with dolphins is both a hallucinatory analysis of coming-of-age malaise and a comforting, sumptuous visual salve for right now 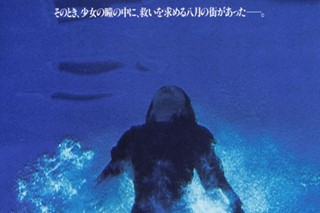 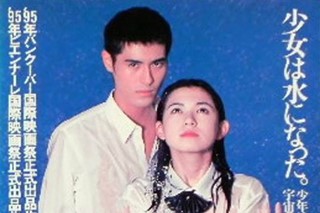 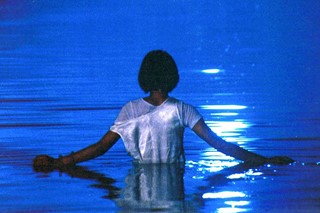 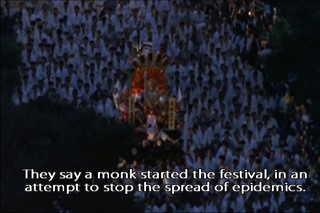 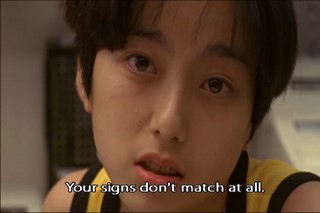 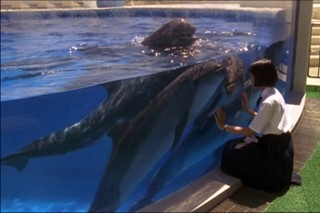 At the time of writing, Gakuryū Ishii’s August in the Water doesn’t have an English-language Wikipedia page. Wikipedia is known for glaring errors, but this one is unforgivable. The Japanese auteur is a cult icon whose early films helped launch the Japanese cyberpunk movement in the 1980s, and his acclaimed body of work meant he was personally thanked by Quentin Tarantino in the credits of Kill Bill. Yet, for some reason, half of Ishii’s features don’t have Wikipedia pages, with the most glaring omission being when your mouse hovers over August in the Water – the 1995 teen sci-fi movie is, in my opinion, a masterpiece.

The film itself sounds absurd, but it’s actually absurdly meaningful. Amid a deadly endemic, a Japanese schoolgirl called Izumi (Rena Komine) survives a diving accident and awakens with, among other powers, the ability to communicate with dolphins; as local citizens die one by one of this unidentifiable disease, the lonely teenager gradually comes to peace with the chaos of an uncontrollable universe. For 117 mesmerising minutes, the film floats like a fever dream and lures you into its hallucinatory logic. Of course, if you wanted all that information, you’d have to turn to IMDb or a blog, because – I can’t stress enough how peculiar this is – the film doesn’t have a Wikipedia page.

To be clear, August in the Water is niche, but it’s not that niche. Of all the films in cinema history to lack an English-language Wikipedia page, August in the Water surely boasts the most passionate internet following. On Letterboxd, 5-star reviews range from “feels like this is what movies are made for” to “wanna go lie on a big stone in the pouring rain and fade to green”; on Tumblr, users dissect Ishii’s mise-en-scène, frame by frame, such as in this comprehensive breakdown of the hypnotic title sequence. On the more professional side, a handful of reviews from 1995 exist: Time Out praises Ishii for “(touching) the parts ordinary acid doesn’t reach”, while Variety notes it “rewards with truly sumptuous images and more than a few provocative ideas”.

For context, there isn’t another film like August in the Water, not even in Ishii’s filmography. In the 80s, Ishii was famed for directing raucous punk bands, either in music videos or his 1982 dystopian thriller Burst City. Then he reinvented himself. In a rare English-language interview, Ishii – who was known as Sogo Ishii before 2012 – cites Philip K. Dick and J.G. Ballard as inspirations for his trippy, metaphysical 90s movies such as Angel Dust and August in the Water. “Virtual reality was coming up in Japan,” Ishii told Midnight Eye, “and the meta fiction these writers use in their novels was really similar to what was happening in Japan at this time.”

Often, August in the Water feels like several overlapping films that somehow complement and deepen each other’s various mysteries. For the opening stretch, it’s an entertaining, deceptively familiar teen drama. Izumi is new to school and quickly attracts the attention of a fellow loner, Mao (Shinsuke Aoki). Along with two other friends, they hang out in the sun, lay by the pool, and nervously flirt in quiet, poetic sequences. If Hirokazu Kore-eda directed The OC, it would look like this. Then at the 15-minute mark, you wonder if this will be a sports film. Izumi proves to be a passionate diver who trains for a competition while their home city of Fukuoka gradually learns of the sci-fi repercussions of two meteorites landing nearby. No surprises for which subplot takes over.

At first, there’s a drought. Then a mysterious illness transforms people’s innards at random into stone. People collapse in the street and Fukuoka tries to ignore the endemic that’s ripping them apart. The metaphor is open-ended enough that it could be a fear of technology (it’s theorised that computers are causing the literal virus), global warming, obeying the irrational constructs of a work-obsessed lifestyle, or perhaps all of that and more. Izumi’s diving tournament, in turn, is nearly cancelled, yet they proceed with it anyway – after leaping off the platform, she imagines the water surface to be made of stone and she loses consciousness; she awakens from a coma with a newfound understanding of nature, the universe, and how she is at one with every single molecule in existence.

Crucially, even during these idiosyncratic plot strands and wordless montages of Izumi rediscovering the world around her, you still care about these characters. From Mao’s perspective, it’s a traditional unrequited love story, where instead of him being baffled by his crush’s obsession with Bright Eyes, she’s really into how we’re actually from another part of the galaxy that isn’t Earth and maybe our planet is a failed experiment that’s worth abandoning. The worsening of the weather matches Mao’s heartbreak and beneath the arthouse-friendly experimentation is a poignant, super-emo coming-of-age melodrama.

As for Izumi, her telepathic ability to understand dolphins is played for sincerity, not laughs. There are no voiceover actors dubbing the dolphins, and the actor executes her complex, supernatural role as if she’s simply a teenager entering her moody, “nobody understands me” phase – you can, weirdly, empathise with Izumi entirely. Prior to the accident, Izumu’s face is full of smiles and youthful exuberance, except for the few seconds of concentration before she has to dive acrobatically off a platform; after the coma, her face is permanently like the latter, with a hard stare that terrifies her family who can no longer recognise their daughter.

However, August in the Water, which largely unfolds as a succession of mood pieces, remains optimistic as it deconstructs the meaninglessness of our existence. Much of that positive energy is due to an ambient, New Age-y score that’s part Nintendo, part Julianna Barwick. If you imagine listening to an Enya instrumental in the bath while dunking your head underwater, you’ll have a vague understanding. The music itself was composed by Hiroyuki Onogawa who, in a 2018 interview, remarked that the score is “quite peculiar, to the extent it is difficult to state what was the original country of (its) production.” I’d go further – it’s difficult to state the original planet of its production.

In fact, I discovered August in the Water by reading about the music, then stumbling upon the film on YouTube, where it’s regularly uploaded, deleted, then uploaded again. The film, as beloved as it is, doesn’t have a proper home entertainment release for westerners, it isn’t on streaming platforms, and the DVD advertised on Amazon (sometimes the price goes above £100) has customers complaining it arrived without subtitles. (It’s important to note that the film has a Japanese-language Wikipedia page.)

Which is a shame as, during COVID, especially on days I’ve felt more like an email address than a human being, August in the Water has been one of my personal lifesavers. Along with Jim Jarmusch’s Paterson and Apichatpong Weerasethakul’s Syndromes and a Century, it’s one of three films I’ve watched more than 10 times since March 2020 to calm my pandemic-related anxieties. It’s not just that August in the Water revolves around a strange, invisible illness – I have no plans to revisit Contagion, for instance – but its depiction of existential despair and coping with hopelessness amidst an endemic is genuinely therapeutic. When life as we know it is falling apart, how does one react?

“Sometimes I become uncertain if it was real, a dream, or just memories,” Mao murmurs when looking back on events. “And whether I’m alive or not.” During these confusing times, August in the Water deserves to be more widely seen, and should at the very least have its own Wikipedia page. After all, the film is an otherworldly gem that, from experience, delivers on repeat viewings – and there’s no citation needed for that.