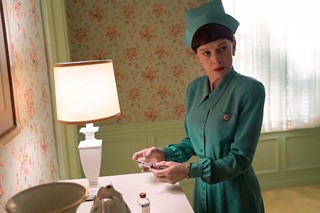 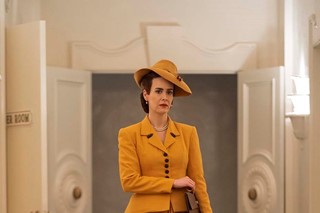 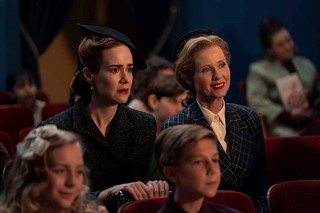 Sarah Paulson is embracing her sinister side as Nurse Mildred Ratched in Ryan Murphy’s upcoming prequel to One Flew Over the Cuckoo's Nest.

Ratched, which has been picked up for two seasons of 18 episodes each, starts in 1947 and follows Mildred’s evolution from nurse to monster as she seeks work at a psychiatric hospital in Northern California “where new and unsettling experiments have begun on the human mind”.

“On a clandestine mission, Mildred presents herself as the perfect image of what a dedicated nurse should be, but the wheels are always turning and as she begins to infiltrate the mental health care system and those within it, Mildred’s stylish exterior belies a growing darkness that has long been smoldering within, revealing that true monsters are made, not born,” reads an official description.

Miloš Forman’s Oscar-winning 1975 adaptation of One Flew Over the Cuckoo's Nest starred Jack Nicholson as McMurphy, a prisoner who fakes insanity and is shifted to the special ward for the mentally unstable. It’s here that he attempts to rise up against a cruel nurse, Ratched, who uses patients for experiments.

Have a first look at Ratched above, and enjoy a clip from the original film below.

Ratched will be released on September 18