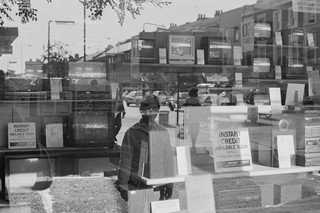 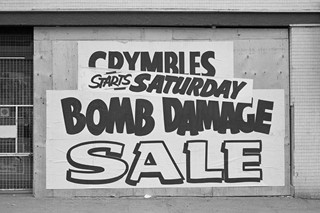 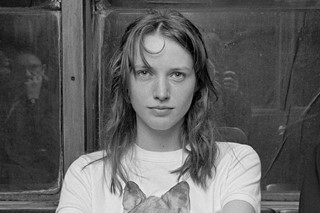 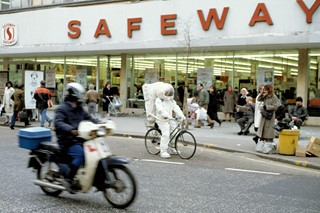 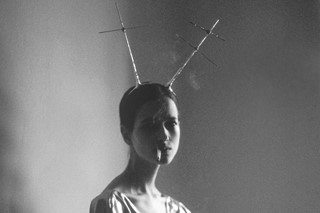 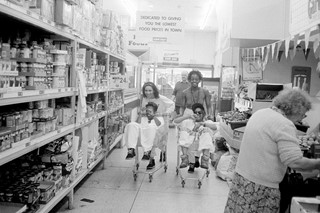 If you’re questioning the difference, you needn’t look further than The Well for the answer. In its chronicling of Shafran’s long-standing relationship with the world of commercial fashion photography – told via “a tight edit” of the seminal British photographer’s commercial oeuvre – the publication fortifies his trademark role as a warm and unpretentious documentarian in an electric, exclusive world.

Having first dipped his toe into the industry in the mid 1980s, Shafran soon began shooting for underground behemoths like The Face and i-D, and quickly became renowned for his unromantic, understated approach to fashion photography – an unwavering style he’s maintained and developed over the years. The Well – edited and designed by Linda van Deursen and published via Loose Joints – is the latest in his sprawling collection of photo books, including Ruthbook (1995), Teenage Precinct Shoppers (2013), and Dark Rooms (2016). This time, it’s an in-depth love letter to his commercial journey so far.

In it, nestled under the umbrellas of Chanel, in the offices of Vogue, and among the porcelain faces of Linda Evangelista, Cara Delevingne, and Courtney Love are the elderly locals of Cricklewood, teenagers shopping at an Ilford precinct, and the passing shoppers of Oxford Street. If it weren’t for the acclaimed fashion titles credited beneath each image – Vogue, i-D, The Face – you’d easily forget you were inside the ‘well’ (the main image section of a magazine) of the industry’s most iconic publications.

This is, of course, the point. Shafran is renowned for his seemingly impulsive, unplanned photography, which delicately captures the sweet mundanity of everyday life. It’s this idiosyncratic, anti-fashion approach to the art that previously led Shafran, as he says in The Well, to see his “commercial work as a separate entity to the rest of [his] work” – but, he reflects, “over time, they’ve come together, or become mixed up, even”.

Nowhere is this more obvious than in his later work, in which Shafran invites the reader behind the proverbial fashion curtain, exposing his makeshift sets, taking us behind the scenes of castings, and even bringing us along on models’ errands. The photographer also wryly pokes fun at the industry and its gluttonous obsession with consumerism, positioning models as shoppers in Paris’ luxury stores and making them “part of the transaction”.

This more distinctly fashion-focused era is a natural evolution from Shafran’s early street style-esque images, which span the late 80s and 90s. Here, the studios and department stores have been swapped for local high streets, supermarkets, and estates – and, instead of the Hadids, Shafran’s subjects are spur-of-the-moment passersby. “We basically just went off and asked people that we liked to put on these clothes in exchange for money,” Shafran recalls of a 1990 Levi’s shoot. “Nobody else was involved. I wouldn’t be able to do that now.”

Like this anecdote, each series throughout The Well is accompanied by snippets of nostalgic remembering by Shafran and his fashion contemporaries, including Katie Grand, Anna Cockburn, and Phil Bicker. There’s even a reprint of Kathy Acker’s historic 1997 Guardian interview with the Spice Girls, which Shafran photographed (he also reflects on the guilt he feels for using his last shot to get Acker to take a photo of him with the girls – luckily, someone else was on hand to capture one of her).

The presence of such formidable names alongside Shafran’s depiction of the fashion world as strictly ordinary ties into his ability to show “the duality of reality and fantasy” in his commercial work and beyond. Though he doesn’t necessarily do it on purpose. As he writes in The Well: “I like the pictures to be more provisional than professional. I don’t like it when they’re too planned.”

The Well by Nigel Shafran is published by Loose Joints and is out now.