The icon of 90s glamour talks us through her personal recollections of the decade’s enduring fashion photography and her memories of Kate Moss, Naomi Campbell, and the era’s most memorable supermodels and photographers

In 1990, Linda Evangelista famously claimed: “We don’t wake up for less than $10,000 a day.” The “we” she was referring to was of course “the Big Six” – a group of era-defining supermodels who dominated the fashion landscape of the decade and beyond.

Alongside Evangelista, this elite club OG 90s model was made up of Claudia Schiffer, Naomi Campbell, Cindy Crawford, Christy Turlington, and Kate Moss. As potent icons of glamour and power, their presence was ubiquitous throughout the 1990s – shooting for the most lauded photographers, dating rock stars and heartthrobs, featuring in the most illustrious fashion magazines, and representing the world’s most exclusive brands.

Captivate! Fashion Photography from the ’90s is the new book documenting this celebrated era, edited by Claudia Schiffer and published by Prestel and featuring over 150 images – including unseen material from Schiffer’s own archives – accompanied by personal essays from fashion luminaries Carine Roitfeld, Ellen von Unwerth and Christiane Arp, alongside contributions from industry legends such as Anna Wintour, Edward Enninful, Grace Coddington, Donatella Versace, and Valentino Garavani.

Below, Claudia Schiffer takes us through some of the most enduring images from Captivate! and reveals to Dazed in her own words her personal memories associated with each extraordinary photograph – from the moment she realised she’d become famous and her life would never be the same again, to her recollections of the time Kate Moss dyed her hair pink... 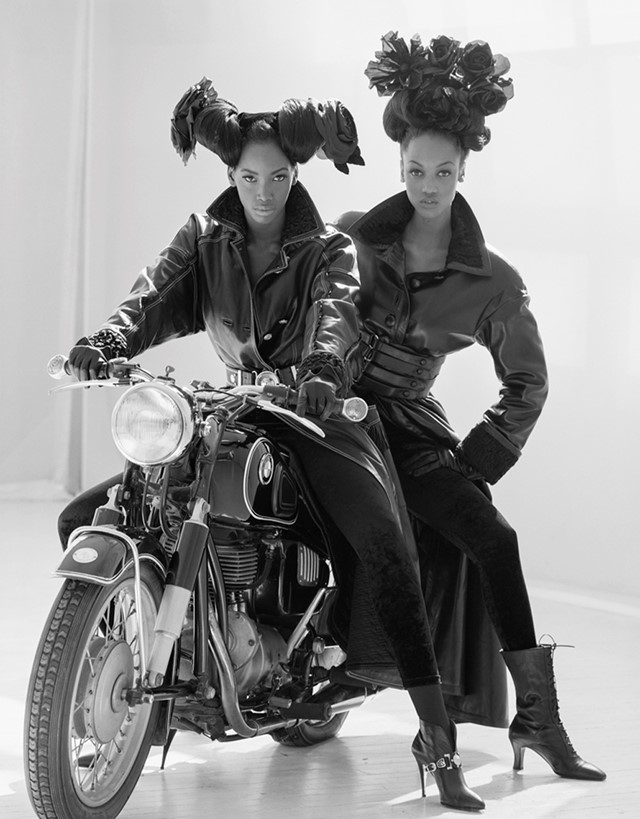 “Arthur Elgort is famed for imbuing his images with a sense of humour and vitality. This shot of Tyra Banks and Beverly Peele, as tough glamour bikers, was for British Vogue in 1993” – Claudia Schiffer 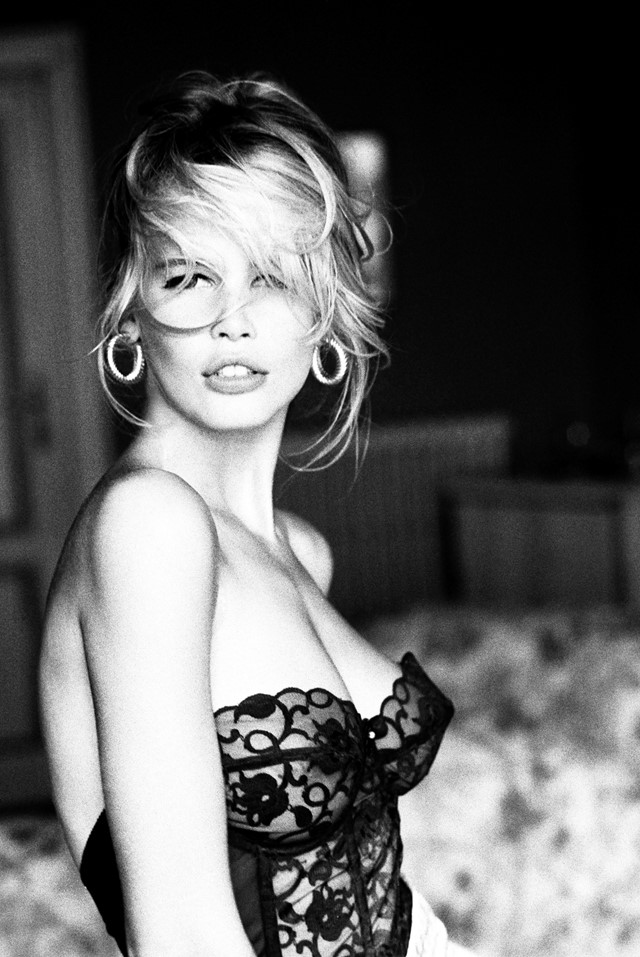 “The chemistry between photographer and model is vital, as is a sense of trust. Ellen von Unwerth’s speciality is to ask the model to move and express herself freely, rather than focus on a still pose. This shoot was one of many for Guess Jeans in Marrakesh and was one of their most successful campaigns.

“I met Ellen von Unwerth in Paris when I was 17. We were both starting out and got on like a house on fire, just mucking around next to the Centre Pompidou in my own clothes. Cut to the Guess team, who saw the pictures and wanted us for the Guess Jeans ad campaign. That was the beginning, and shortly afterwards Revlon rang asking me to be the face of its debut perfume for Guess. I remember flying around the US to every major city for signings in department stores that attracted huge crowds and appearing on all the major TV shows, from Jay Leno and Oprah to David Letterman.

“After the campaign tour, I returned to my apartment in New York near Central Park. One morning, sleepy-eyed with bed-head hair, I was in the elevator when a person entered and asked, ‘Are you the Guess girl?’ I knew then my life had changed forever” – Claudia Schiffer 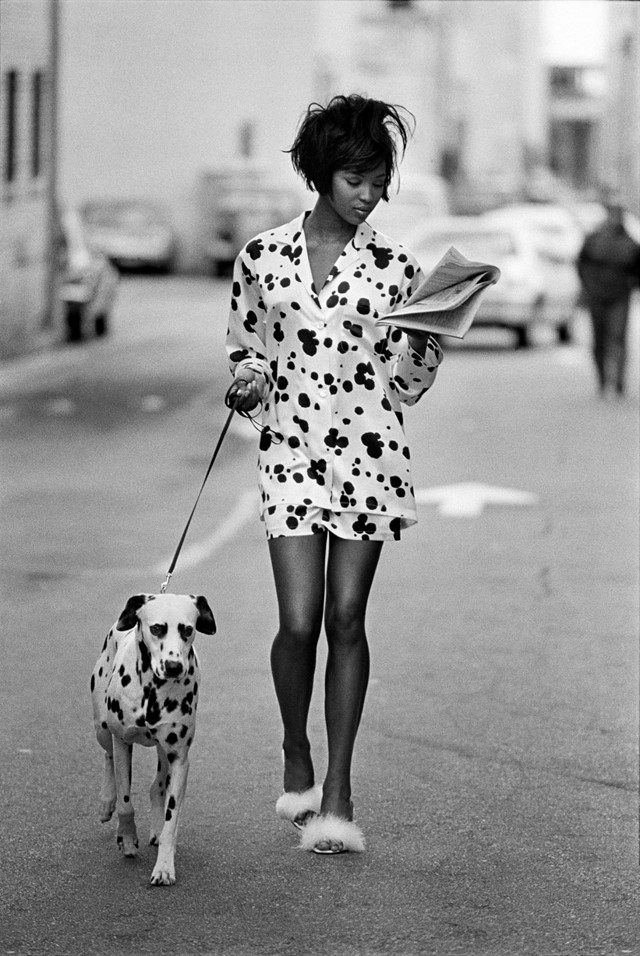 “In Peter Lindbergh’s ‘Seeing Spots’, Naomi Campbell is featured on the sidewalk in Los Angeles in 1990, for Vogue, wearing spotty pyjamas with a dalmatian and bed-head hair. Lindbergh was a master of black and white imagery” – Claudia Schiffer 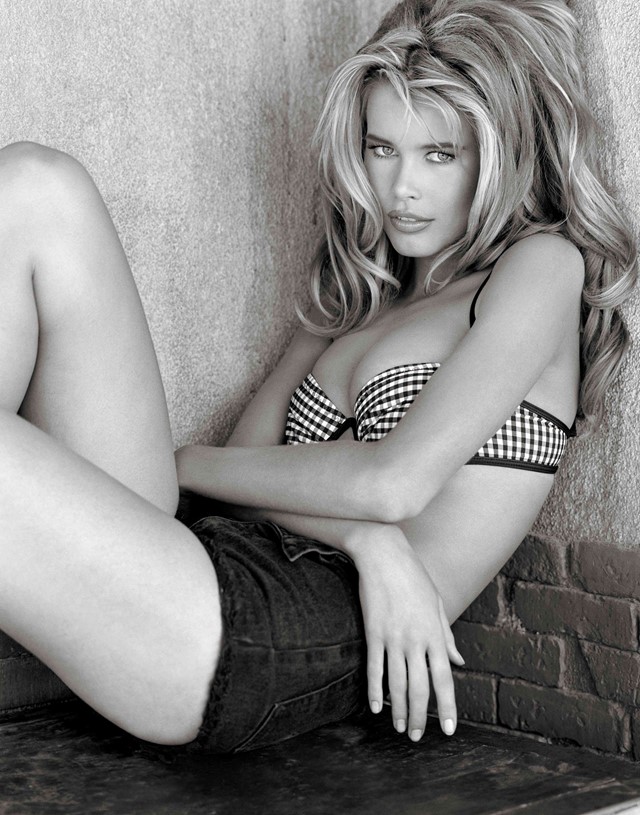 “Herb Ritts had an extraordinary eye for beauty and worked with natural light and graphic simplicity. He made his subjects feel absolutely at ease and he embraced the personality of the model. The photo was taken for the Guess fragrance campaign.

“Herb was part of a handful of photographers, who just never got it wrong. Whether it was natural lighting or in a studio, his pictures didn’t need retouching. He had an eye for beauty, which was rare and which I’ve not often seen in my career. We worked together so many times on covers, campaigns, and TV commercials” – Claudia Schiffer 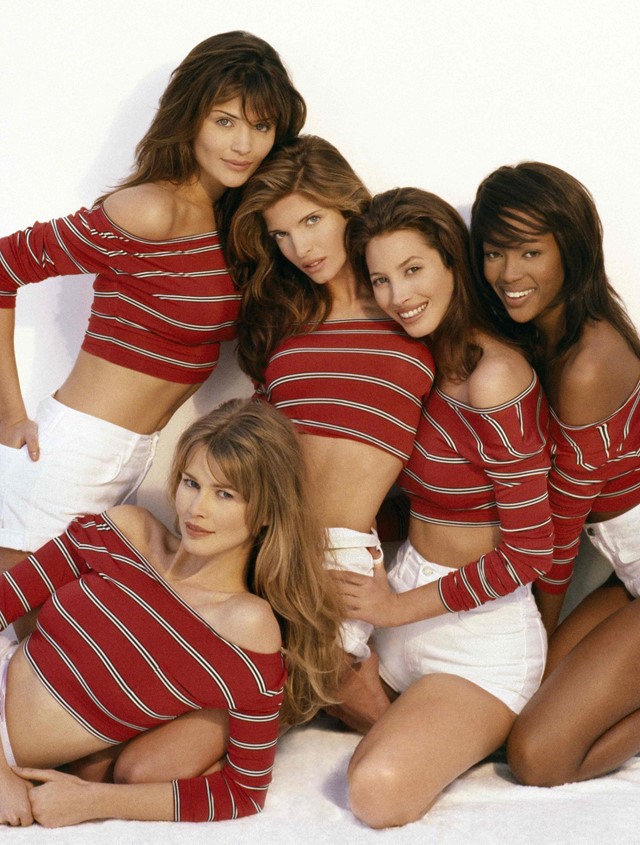 “This group image of Helena Christensen, Stephanie Seymour, Christy Turlington, Naomi Campbell, and myself is quintessential 1990s. It was from a cover shoot for Vogue by photographer Herb Ritts who was a master at capturing natural moments and the camaraderie between us all.

“I worked with so many photographers who also became mentors. Figures like Ellen von Unwerth, Herb Ritts, Richard Avedon, Arthur Elgort, and creative powerhouse, Karl Lagerfeld, all of whom gave me true insight into the artistry as well as into the processes of art direction, editing, and publishing. The model’s role is to bring fashion alive but she or he is just one ingredient in the alchemy of image-making” – Claudia Schiffer 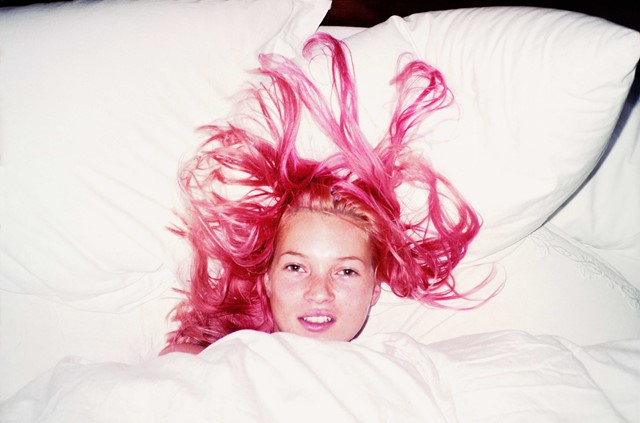 “This image of Kate Moss is part of a series that was taken at her house for a personal project. Kate had dyed her hair for a Versace show and, going back to blonde, it faded gradually through different shades, from red to orange, with Teller photographing each transformation on successive days. With his sense of humour, energy, and realness, Teller helped spearhead a new aesthetic that questioned and overturned outmoded ideals of glamour” – Claudia Schiffer 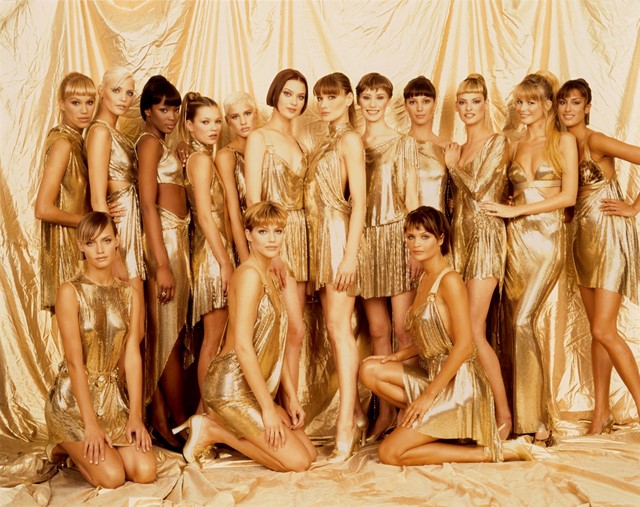 “It is so special when we meet again as we did for Donatella Versace’s 2017 collection honouring the 20th anniversary of Gianni’s passing. We lived so many moments together and, for Versace, we were part of one big family. The epoch and the simple fact of time helped forge bonds” – Claudia Schiffer

Captivate! Fashion Photography from the ’90s by Claudia Schiffer is published by Prestel and available now