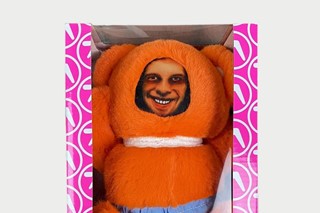 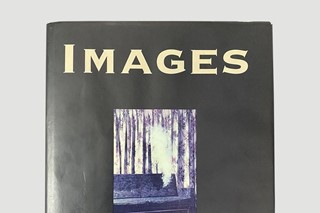 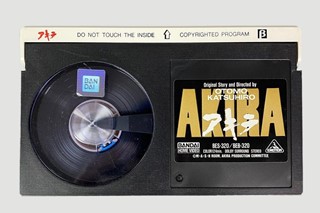 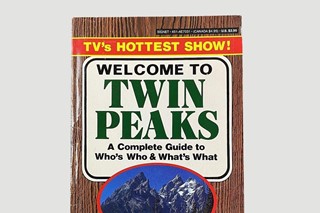 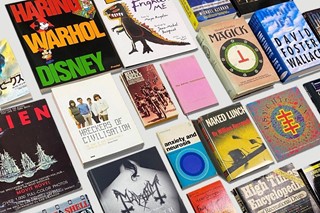 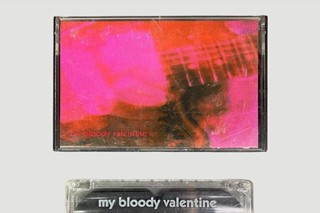 James Goodhead is rooting through a cardboard box which has been turfed out onto the street. “I can’t help myself,” he says, seagulls squawking as he rummages his way around the Margate coastline he calls home. “I’ve actually been doing this the whole time we’ve been on the phone,” he later admits, before diving into another pile of miscellaneous trash that’s been left out for collection (or an eagle-eyed passerby).

The 40-year-old recalls how, as a child, he’d spend hours arranging his Star Wars figurines in clinical, military formation. Or how he’d lose entire afternoons searching for old band t-shirts on eBay. Or how he’d rush home from managing LN-CC or Dior’s London flagship store so that he could iron and fold said merch into meticulous towers. And despite joking that he might need to “talk to his therapist”, Goodhead resists any armchair psychology over collector culture. Because it’s all too easy to get chinstrokey and speak about parasocial relationships, a need for community, and the hoarder next door.

What’s perhaps most remarkable about Goodhead’s chat, though, is that he doesn’t mention sustainability once. It goes without saying that second-hand wares have their environmental merit, but unlike most retailers, he’s not interested in making sweeping prophecies about the newfound value of recycling old stuff. Nor does he wax lyrical about predictable notions of memory or nostalgia, as one might expect from someone who has dedicated his life to memorabilia.

Unlike most die-hard archivists, he also doesn’t even think you need to be a music fan to wear an artist’s merch. “If you get that ping in your stomach when you wear it, and you feel good in it, that’s all that matters.” Unified Goods is the lovechild of an absolute (cult)ure obsessive. Here, we catch up with the curator on gatekeeping, Keith Haring, and dreaded NFTs.

Hey James! I imagine you were into collectables long before you started Unified Goods. Do you remember what first kickstarted the passion?

James Goodhead: God yeah, I started collecting when I was four or five years old. My mum and dad always show this footage of me in my bedroom and I’ve got all my toys lined up with extreme precision. From an early age I really connected with these objects and I bought into what they represented – an extension of culture. I’d watch Star Wars when I was five and I’d want to physically have it in my hand. Then I signed up for eBay. Man, I’ve been a member since the beginning, like 1995. I went through a stage in my 20s where I just bought everything my parents wouldn’t let me have as a kid. That’s when I went through a stage of collecting a huge amount of band t-shirts.

Uh oh. So did you need to start the business just to clear up some room?

James Goodhead: Well I primarily worked in luxury retail, like Browns, Selfridges, LN-CC, Dior, so it’s just been a natural evolution. A friend of mine was doing a similar thing to me so we just decided to do it properly and Unified Goods was born out of that in 2018. We used to go to LA and bulk buy vintage clothes because there’s a huge scene out there – huge warehouses the size of small villages rammed with horrific amounts of inventory. And Americans have always been a bit more savvy at making t-shirts with whacky little graphics, which are just the kind to have become really desirable over recent years. Anyway, it was primarily clothes and t-shirts in the beginning but that felt really limiting culturally so we extended it to books, films, and prints. That’s made it so much more exciting.

“It’s all about the thrill of finding things in the most bizarre of circumstances. That’s the most amazing feeling you can ever have. It’s euphoric. It’s like a drug” – James Goodhead

James Goodhead: You know, I think everyone went on a journey of self-discovery, dipping into the past and rediscovering things they thought they had forgotten. But I would trace the recent surge in merch back to when music became digital. Royalties became much harder to come by, so the focus has been on shows and merchandise. And artists don’t want to just slap their name on something, they want to up their game. Even with Aphex Twin and the umbrella and the beach towel set. It’s so mental! No one would have thought of that 20 years ago. Like, not only is it a way to elevate the artist’s appeal but it’s a necessary revenue stream. Plus it’s so much easier to make merch today – even if you’re a little café or natural wine store. And that’s just driving the market forward.

Is there a particular cult figure or phenomenon that people go wild for? It seems people really love vintage books about drugs for some reason?

James Goodhead: I mean, last week’s Aphex Twin 50 year anniversary drop was the most successful thing we’ve ever done. We had planned it a year ago, too, so we had loads of time to accumulate all this stuff. It sold out in five minutes. I’ve been a massive fan of his for 20 years but he’s really resonating with young people and that makes him all the more universal. Drugs – yes. Like the old LSD editions of LIFE magazine we have. They always make for a comical read. It’s just always ridiculous and glamorous. And let’s be honest, drug use underpinned a lot of the creativity of these cultural moments. It’s hard to believe past generations had this same love affair with narcotics. It’s sort of like, ‘people were searching for alternate states then too!?’

With that in mind, what’s the craziest thing you’ve ever stocked?

James Goodhead: Oh we still have it! It’s this super rare Keith Haring hoodie from when he came to London. He actually gifted it to my neighbour Keith Wainwright, who’s this famous new wave hairdresser, he did Roxy Music back in the day and loads of the New Romantics. So that’s pretty mad. One of my favourite pieces, though, are the original issues of Rolling Stone that first published Fear and Loathing in Las Vegas. They’re really, really hard to find.

How do you distinguish between vintage and plain tat? After all, just because something’s old doesn’t necessarily mean it’s good.

James Goodhead: That’s very true. To be honest it’s an immediate gut feeling. Immediate. It’s literally within seconds. And I think that makes it quite authentic. If you get that feeling, and you believe in it, there’s no reason it shouldn’t work. 90 per cent of the time it’s just that little ping in the stomach. Then it’s gonna go online.

You’re not giving your secrets away, then. It seems like there’s a whole system of puppetry and pulleys behind the scenes in the resell market. What do you think people are unlikely to know about its inner workings?

James Goodhead: Well, we have people all over the world. People come to us, we do clearances, I’ve been going through boxes the whole time we’ve been on the phone. But really, it’s all about the thrill of finding things in the most bizarre of circumstances. That’s the most amazing feeling you can ever have. It’s euphoric. It’s like a drug.

“There’s something wholesome about what we do. It’s warm and cosy and tangible. But the NFT stuff feels like a primordial soup moment. Whatever comes after this could blow everything apart” – James Goodhead

That sounds exhausting? Can you ever switch off?

James Goodhead: I’ve gone from living in a house with t-shirts meticulously folded in rows of 60, records alphabetised, first editions all lined up on my mantelpiece. I mean, I need to talk to my therapist about it but what I’ve noticed is that I’ve flipped to the point that when I go home I don’t want to see any £1,000 Sonic Youth t-shirts or a numbered The Beatles White Album. But look, I’m always on the hunt for stuff. It never really stops.

So is your home just like mass market IKEA stuff now?

James Goodhead: Not quite. What I would say is that there are enough objects in the world for us all to be happy for a very, very long time. Everything that we put on the site? There’s more than one made. And I make it my job to go and find them all again. That’s where I get my pleasure from. And we want it to be as inclusive as possible, too. You can buy a £15 Penguin book on drugs or a £300 Akira comic, so there’s something for everyone. Everyone gets the same experience.

Speaking of being inclusive, there was a study done recently which said you have to know at least 10 songs to wear a band’s t-shirt. Do you agree with that?

James Goodhead: I don’t buy into that at all! People should wear whatever they like. It’s nonsense. My son is two years old, he’s the biggest Madonna fan, and he’s got his Madonna t-shirt on. I’m not going to call him out for not knowing 10 songs. If you like the graphic, and it speaks to you, and you get that ping in your stomach when you wear it, that's all that matters. The people who call other people out on that stuff have a lot of insecurities they probably need to address. The fight feels so archaic to me.

Yes, less fighting! Because it’s a weird time for the collectors industries. When NFT auctions seem to be becoming more and more normalised, there’s something very wholesome about actual, real life merch. Why do you think that is? Will you ever lean into NFTs?

James Goodhead: There’s something wholesome about what we do. It’s warm and cosy and tangible. But the NFT stuff feels like a primordial soup moment – whatever comes after this could blow everything apart. Would we do an NFT with someone next year? Hell yeah! We’d try to give it as much depth as possible, though. Not just like ‘oh this is the first Unified Goods email from 2018, there ya go’ because who cares about that? If it had meaning and purpose, that could be really cool. Like if anything, it’s an acceleration of the limited edition product.

And finally, what’s that one cult item you wished you had found? The one you have always wanted to get your hands on but never quite managed?

James Goodhead: I’ve been hot tailing a sealed, 1st generation iPod for a while now. They’re pretty scarce and very desirable – especially in that condition. Who knows, it’s the 20th anniversary of the iPod in October, and I’ve got a hunch one will come our way...