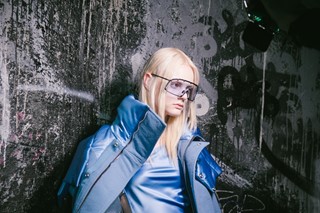 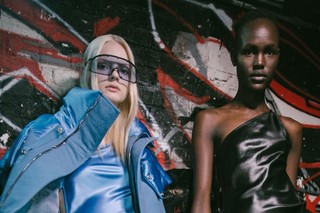 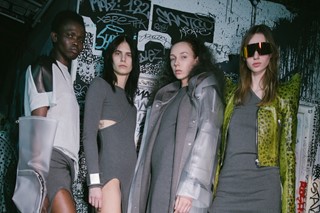 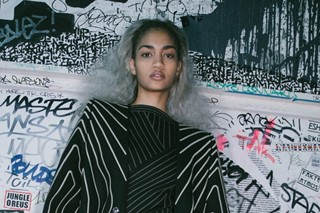 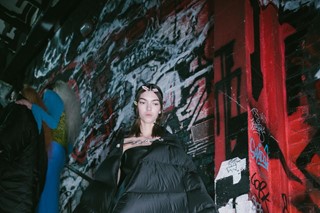 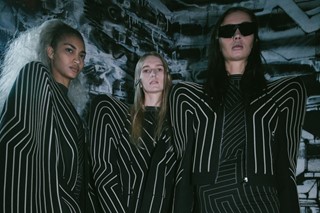 Swathed from head to toe in Rick Owens and teetering on a pair of platform heels that just about double her height, thanks to her avant-garde style, Michele Lamy is easy to pinpoint in the throngs that assemble outside Paris Fashion Week’s countless runway shows – but today, Lamy stood out even more than usual.

Arriving at Owens’ AW20 presentation this afternoon – which, as always, took place at the Palais de Tokyo – Lamy’s all-black look was finished with something slightly out of the ordinary – in the form of an effigy of Rick’s head.

Appearing to have been crafted by Douglas Jennings, the artist also behind the sculptures found in a number of the designer’s international stores, Rick’s dismembered head peered out from the waist of Lamy’s black tunic as she made her way into the Palais ahead of the show.

It goes without saying that the look was pretty bizarre – in the best possible way – but the scenario surrounding the dress also took a turn for the surreal when Lamy bumped into 90s slow jam fave Usher Raymond – who was inexplicably also at the show – and stopped to pose for photos with him.

Of course, this isn’t the first time lifelike effigies of human heads have been the accessory du jour, with Gucci memorably sending models carrying their own heads down the runway for AW18, before Jared Leto gave the look a go at 2019’s Met Ball.

Keep your eyes on the site and Dazed Fashion’s IG for more from the AW20 Rick Owens show.