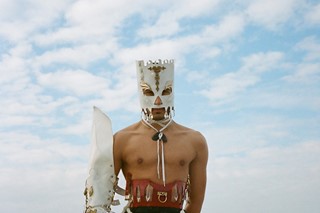 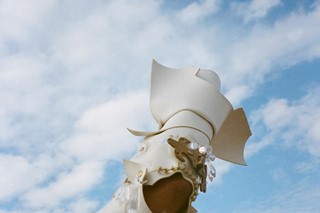 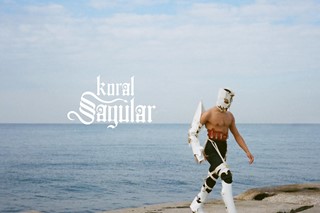 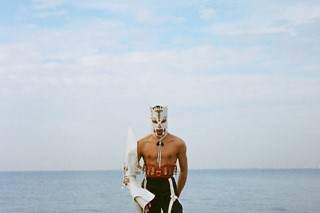 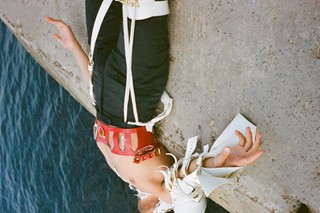 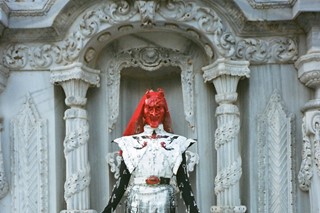 In 2016, Istanbul Pride was banned by the local government “for the safety of our citizens and public order”. Despite this, hundreds of activists poured onto the streets of Taksim, defying the city’s police force and resisting the tear gas, water cannons, and dogs that stood in their way.

It was here that Hande Kader, a trans woman and activist, told Turkish reporters: “You shoot our videos but you don’t broadcast them anywhere, so no-one can hear us.” A few months later, her body was found raped, mutilated, and burnt on the roadside. “Society will only change with the noise we make,” says Istanbul fashion designer Koral Sagular, whose SS20 collection, “The flame surrounds the soul, gets close to the heart”, is a tribute to Kader and the wider LGBTQ+ community in Turkey.

Following on from his graduate collection, which took its visual cues from 20th century Tango singers and the theatrics of Lucha Libre wrestling, Sagular’s latest offering – named after a traditional Turkish rumba song by Şecaattin Tanyerli – imagines a queer army laced in leather armour, and (literally) dripping in crystals. Playing with ideas of patriarchy and resistance, the 25-year-old subverts bigoted notions of queerness as ‘unholy’ by recontextualising traditional imagery associated with the devil – scorpions, crows, a satanic masks – though a lens of bold non-conformity.

Here, strong silhouettes take precedence, with exaggerated ruffled sleeves crafted from old military jackets; arm cuffs made from the disemboweled legs of black leather pants; and 70s-style shoulder pads that jut out at harsh angles amongst the offering. If the government sees LGBTQ+ youth as ‘degenerates’ who should be hidden away, Sagular is the mischievous devil laughing in their face.

In fact, the colour red is used to an almost omnipotent degree, representing both the devil, and the colour of the Turkish flag. Nationalist imagery such as the traditional blue military jacket and tesbih (rosary beads) reoccur throughout the collection, as well as razor blades meant as a reminder of the institutionalised homophobia and violence faced by LGBTQ+ people in Turkey. But instead of functioning as symbols of oppression, they become weapons of resistance.