OK but hear us out 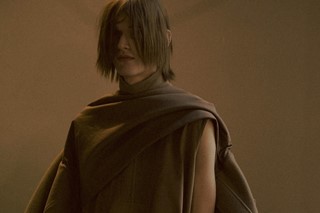 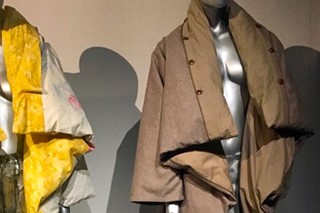 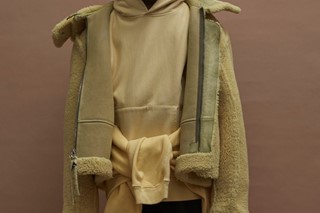 With daylight hours dropping to approx. 2.5 per day at best and temperatures sinking to levels heretofore unexperienced by humankind, most of us would be happy saying goodbye to any semblance of a social life and settling down into a lengthy (say, four-month-long) Netflix binge. Sadly though, there are plenty of us who still need to venture out into the wilderness.

It’s at this point when thoughts may turn to a new (or, in the spirit of sustainability, a nearly new) coat, and this season, there’s only one style icon we want to emulate when it comes to our winter lewk: Baby Yoda.

The tiny green cosy boi was first propelled into mainstream consciousness when Disney’s The Mandalorian dropped in early November, and has since infiltrated the TL in a huge way. Right now, it’s nigh on impossible to scroll through the ‘gram without seeing his cute lil face, all big eyes and pointy ears, staring back at you. Even Dazed’s Instagram editor, a stone-cold Scorpio, isn’t immune to his appeal (who knew he was a Labour supporter?).

“This season, there’s only one style icon we want to emulate when it comes to our winter lewk: Baby Yoda”

It was his chic little ensemble that first caught our attention, though. With its subtly deconstructed seams and unique draped silhouette – not to mention its palette, which so perfectly complements Baby Yoda’s pistachio-hued skin – we could easily see the robe making its way down the Paris runway for the autumn winter season.

But who’s behind it? Though BBY’s representative did not respond when we reached out for information (okay, we didn’t), the Dazed Fashion team, well-versed in the goings-on of the world’s catwalks, have a few theories of our own.

Here, we explore which designer could be behind the lewk, while also providing you with some inspo should you wish to recreate it at home.

Given he subsists, for the most part, on foraged frogs and soup (as drunk from a mug that looks like it could have easily been procured from fuckboy fave Goodhood), Baby Yoda’s weekly grocery bills are likely to be minimal – which is why it’s not beyond the realms of possibility that he dropped a casual 10k on an original Maison Margiela duvet coat. First seen when Martin was still at the helm of his eponymous brand, the style, with its cosy down-filling and safety-pin closure, formed part of his AW99 collection. Unsurprisingly, the OG garm is pretty hard to come by, given it’s now one of the elusive designer’s most iconic pieces. How did Yoda get his little green claws on it? The Force. Duh!

When Rick Owens sent models wearing draped, layered, robe-like looks that barely covered their dicks down the runway for AW15, the internet went wild. Baby Yoda, a more discerning fashion fan, was instead struck by the collection’s underlying sense of freedom and subtle, understated beauty, marking it out as a ‘must-cop’ among that season’s sartorial offerings. Given there’s a distinct (and much appreciated) lack of full-frontal nudity from Baby Yoda throughout The Mandalorian, however, it’s clear to us that the little green boi didn’t just bag himself some off-the-rack Rick: he bagged himself some custom Rick. Respect the drip, Karen.

YEEZY – BASICALLY ANY GIVEN SEASON

Think about it. Since the label launched back in 2015, Yeezy has become known for pushing a post-apocalyptic, semi-dystopian, and wholly utilitarian vibe, with its ready-to-wear collections appearing to have been pieced together using garments salvaged from long-deserted army surplus store – all v in line with Baby Yoda’s signature Mad-Max-meets-Sunday-comedown flex, wouldn’t you agree? With Kanye West a self-confessed Star Wars fan, we wouldn’t be surprised if Yoda’s name doesn’t appear somewhere pretty high up on the Yeezy gifting list tbh. The only question that remains is whether or not there’s a pair of Yeezy Runners under that robe.

me watching my life fall apart in front of my very eyes pic.twitter.com/KrXaOfa231