We speak with Pierre Davis and Arin Hayes, the founder and co-director of No Sesso, following the label’s fashion week debut 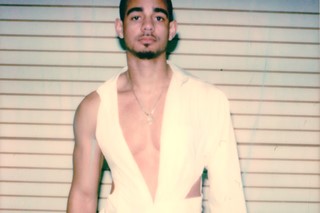 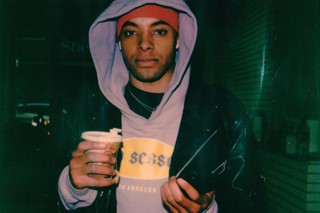 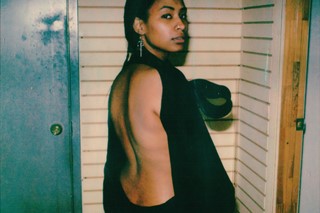 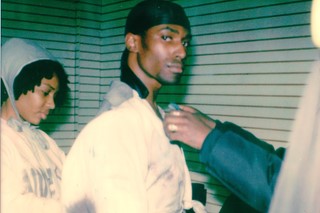 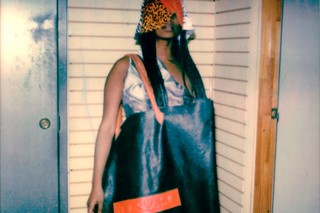 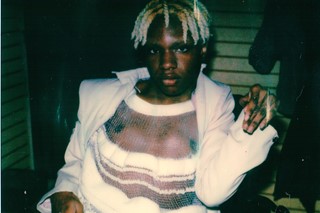 While it’s often ignored – compared to London and Paris – New York Fashion Week should no longer be labelled ‘fashion weak’, with the city quickly becoming a hotbed for exciting young talents pushing the boundaries and bringing a more representative vision to the runway.

Alongside the likes of Telfar – who presented his black cowboy-inspired show last night – for AW19, the city’s upcoming names are using the Calvin Klein-less schedule as a chance to shine. It’s no surprise, then, that the fashion week LA-based brand No Sesso chose to hold its first show at was NYFW.

Founded by Pierre Davis back in 2015, the designer brought on Arin Hayes as co-director and the label has been snatching attention on the West Coast with its alternative avant-garde knitwear looks. Celebrating black excellence, this radiates not only from the clothes – jackets appear with illustrations of natural-haired black women, for example – but also through the casting too. A mix of genders and races, the models used are often friends of the No Sesso team or part of the wider LGBTQ+ community in LA.

“We’re more militant in our social life but when it comes to the art it’s just the art, and we’re kind of forced to be politicised. It’s just our truth, it’s just our way of life” – Arin Hayes

Before making its NYFW debut, No Sesso also presented a show at The Getty, which featured an exclusively black cast and performance by Kelsey Lu, and took part in a space nestled among the artwork and sculptures that are primarily filled with white people. “I took a trip the Getty and noticed all of the paintings were really fab, but you never see any black people in them,” Davis tells us. “I wanted to create a No Sesso version, with modern-day versions of the garments worn by the models.”

Despite being authentically diverse, Davis and Hayes are determined for the brand not to be pigeonholed as just a ‘trans or non-binary brand’ or automatically politicised just because Davis is a trans woman. “I feel like we’re more militant in our social life but when it comes to the art it’s just the art, and we’re kind of forced to be politicised,” Hayes says. “It’s just our truth, it’s just our way of life.”

Here, we speak with the No Sesso duo about starting the brand and making their NYFW runway debut. 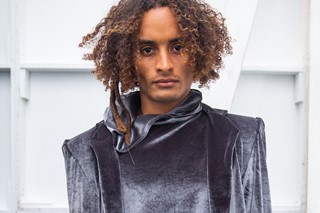 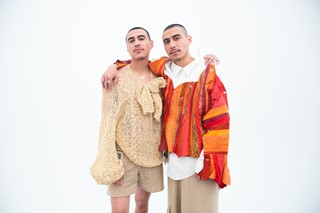 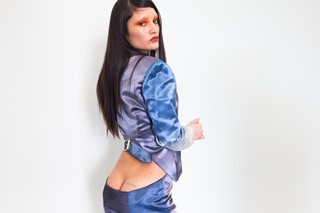 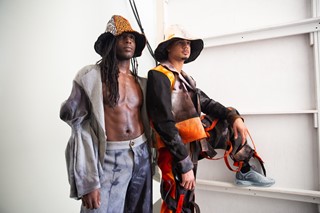 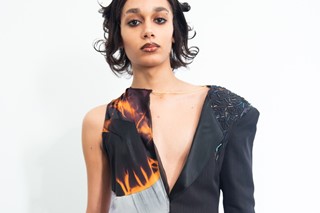 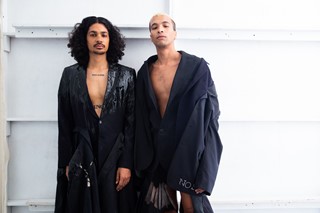 How did No Sesso first come about?

Pierre Davis: I moved to LA in 2014 and I would go out to parties and wear the looks that I’d made; people would always come up to me. The brand itself became a thing in 2015. Before it was a brand, No Sesso was an art practice and I would do installations at galleries with my clothing – it still had the same name though. People would see the stuff that I posted on my personal Instagram and would hit me up to pull clothes. It started to become a little more popular.

How would you describe the brand? What is your vision for it?

Pierre Davis: The brand itself? It’s a lifestyle, period. No Sesso is a community that’s made up of friends that we work and collaborate with constantly. The entire No Sesso team is a really tight-knit family from the iconic models that we work with, to the stylist, the hairstylist that we have, the photographers that we use. We have this motto – ‘No Sesso or die’ – which is like life and about bringing the community together and making fab clothes.

How does it feel to be labelled as a genderfluid/non-binary label, separate from the rest of the industry?

Pierre Davis: I honestly don’t really pay attention, but there are designers working right now who are really good at representing everyone of all genders and races in their work. Then there are those who do that just for money, which is really trendy right now. What we do is very natural, just like Telfar and Mowalola which are two brands that I love.

Arin Hayes: Wanting to see the people who we have around us all the time represented is just pretty much the MO. Gender is something that intersects with our identities and with our communities, so we’re therefore automatically politicised. It’s just something that can’t be escaped. It’s not a good thing or a bad thing, it’s just the reality of the situation.

“No Sesso is a community that’s made up of friends that we work and collaborate with constantly. We have this motto – ‘No Sesso or die’ – which is like life and about bringing the community together and making fab clothes” – Pierre Davis

What is your approach for each collection? Where do you take inspiration from?

Pierre Davis: If I’m being real, most of the time when I’m designing I’m making stuff that I want to wear. I love dressing up and I have so many moods, and it’s mostly based off that. I put a lot of how I feel into my garments. For example, I love hair so one of the jackets I made is embroidered with a whole bunch of girls faces on it. That was just based off just wanting to express black hair, it’s always based on how I feel and making things I want to wear honestly.

Arin Hayes: It’s pretty much like a story. Every single collection is a story. Every collection has a name, so we just start considering every single aspect at that point. The hair story, the beauty story etc all work to communicate what Pierre is feeling, how we’re feeling.

Being LA-based, how important is it to bring that energy to No Sesso?

Pierre Davis: Some of the pieces we make actually make fun of LA, but only because we love it so much. We have these winter sweaters and they’re called the ‘LA sweater’ but it’s so thin and would never keep you warm at all.

Arin Hayes: It’s basically a really loose knit, sheer sweater so it’s an inside joke that we have; LA is always warm, so you don’t ever need a sweater. I think it’s really important that we carry the Los Angeles energy with us. LA is really going through an artistic renaissance right now, but not necessarily for fashion. I was born and raised in LA and it’s special to me, Pierre loves it here too. We really built our community and our community really built us, so it’s something that is really important for us to take with us.

Why is it important for you to support the community around you?

Arin Hayes: It’s just something that is naturally who we are. The community has become a part of it in a really organic and supportive way. We really have each others back, we really are a family, for real.

We talk to each other every day, we have the most ridiculous group chat. We’re always just cutting up in there, but at the same time we have each other’s back emotionally and we’re always there for each other. It’s kind of like the brand grew as a family and the family grew as a brand at the same time. That’s something which is very important to us and something we want to extend to people who aren’t in our internal circle as well.

What was your process for casting the AW19 show? Where did you find the models?

Pierre Davis: The cast is a mix, we have people from New York and LA. I feel like it’s half and half.

Arin Hayes: Yeah, it’s almost half and half. We have a little less than half of the cast coming to New York with us from LA. Then, a part of it is people we’re also friends with from New York. Then we also have a few people we’ve sprinkled in that are just Instagram castings.

How does it feel to have presented your first show at NYFW? Did you ever think it might not happen?

Pierre Davis: Not to sound like a brat or anything, but we never had doubt that we wouldn’t make it. Surprisingly, this show was not as stressful as some of the shows last year. It was exciting to see all my homies in the looks.

Arin Hayes: We’re so grateful to have had so much help this season, more than ever. We just needed to wait for our time to do it and I’m happy that it’s now and we didn’t rush. We just took our time and did it our way. Everything that we want, we make happen. Even when it’s stressful, we always get it done – stress is good sometimes!