There was skinny trousers, even skinnier ties, and a performance by NYC No Wave legend James Chance 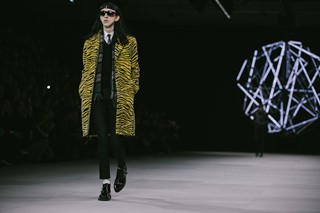 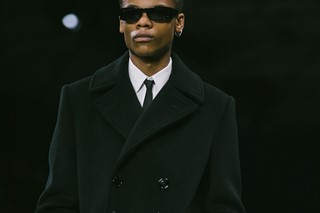 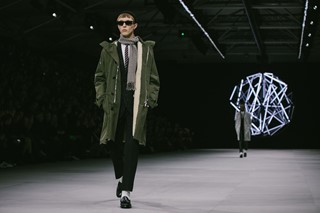 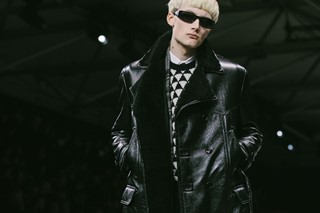 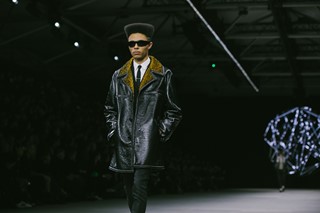 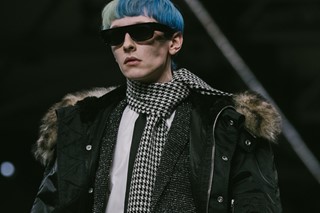 After a day that included shows by GmbH and Dazed 100-er Ludovic de Saint Sernin, Hedi Slimane brought the AW19 menswear season to a close with his first ever menswear-only Celine show. Here’s everything you need to know.

THE SHOW WAS IN ANOTHER BIG, BLACK BOX

At his debut in October, Hedi built a big black box outside the Dôme des Invalides. The AW19 menswear show took place in a similar construction, where guests were seated in a row facing a wall of windows overlooking the Place de la Concorde, with a line of sight all the way to the Arc de Triomphe. So far, so dramatic.

THE RUNWAY FEATURED AN INSTALLATION

As guests arrived at the space, orchestral music welcomed them in. Then, as the lights went down, a giant sphere hung from the ceiling made out of fluorescent bulbs lit up and travelled down the entire length of the runway, ushering the first model onto the catwalk.

THERE WAS A LIVE PERFORMANCE

Hedi’s work is inextricably linked with music, so it made sense that he’d enlisted Canadian collective Crack Cloud to specially compose a soundtrack - entitled “Philosopher’s Calling” - for his AW19 show. Later, as the models took did their final lap of the runway, legendary No Wave saxophonist James Chance played a live solo.

IF IT AIN’T BROKE…

Hedi’s intentions for the newly instated menswear line at Celine were made clear in September, so it was no surprise to see he had developed on that. On the line up were his signature skinny suits, even skinnier drainpipe jeans, New Wave-esque shirt and tie sets, and leather jackets he’s renowned for. This time around, given it was an autumn/winter collection, there was also a series of oversized (at least for Hedi) car coats, leather trenches, gold lurex blazers, animal print furs, sequined Crombies, and a few cosy-looking 70s-style duffles.

BROTHEL CREEPERS ARE BACK

Having first enjoyed something of a renaissance a couple of years ago, Hedi made a further case for the return of the brothel creeper for AW19, presenting them in luxe black suede and leopard print. The other accessories were Hedi through and through, with black wayfarers and striped and checked skinny scarves finishing things off.