For AW19, the designer paid homage to the King of Pop on a set that looked like an NYC street 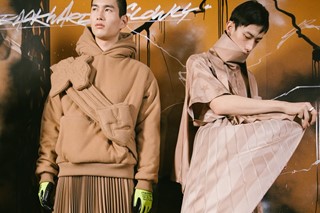 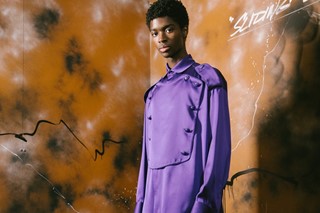 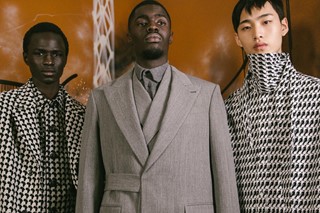 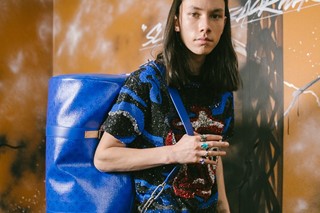 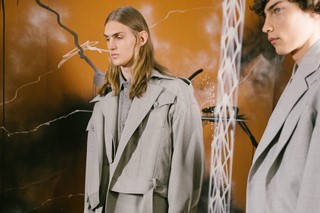 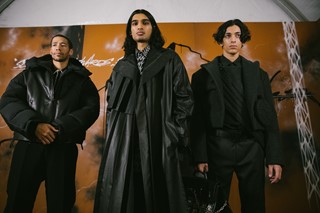 After making his debut last season, today marked Virgil Abloh’s sophomore collection for Louis Vuitton. Stepping up the production level once more – who knew it could be possible – here’s everything that went down at the AW19 show.

THE SET WAS A NYC STREET

Specifically, we were downtown at the intersection of Ludlow Street and Rivington Street – complete with a barbershop, grocery store, fire hydrants, a walk/don’t walk sign, trash cans, and leaves on the sidewalk which blew in the breeze. Models zigzagged up and down the street, while graffiti artist Futura tagged a shuttered shop front. Sitting on the stoops of the road’s apartments were the likes of Naomi Campbell, Skepta, and Offset. Elsewhere, Frank Ocean and Timothée Chalamet sat side by side – oh to be a fly on the wall for that conversation.

First, a lone saxophonist began playing beneath a streetlight, before the first models emerged onto the set. As the show began, Dev Hynes (AKA Blood Orange), performed an original song – entitled “You Know What’s Good” – for the soundtrack. At the end of the show, Hynes got down onto the street and started playing guitar as Ian Isiah sang, eventually putting his guitar down and jumping on to the piano – basically, it was a production.

THE WHOLE SHOW WAS MICHAEL JACKSON-INSPIRED

For starters, the invite was a single bedazzled white glove inscribed with “There was only one us”, as taken from a poem Abloh wrote about Jackson. At the venue, the staff wore tees printed with the singer’s eyes from the Dangerous album. Elsewhere, models wore gliterring gloves and one appeared wearing a t-shirt that featured Jackson’s famous black loafers and white socks en pointe from the iconic “Billie Jean” music video, while at one point the street actually lit up. Sadly, though, there was no moonwalking.

THE COLLECTION HAD AN UNDERSTATED COSY SEGMENT

Much like the all-white opening segment of last season’s show, the AW19 collection opened with a slew of layered monochrome grey looks in a plush, felt-like material. Instead of printing these looks with the house’s monogram, it was punched into the material, looking like an indent on puffa coats. Elsewhere, there was a focus on unity, with looks created out of different world flags appearing. Even skirts. That’s right, Abloh wants you all in long, pleated skirts for AW – you heard it here first.

THERE WAS A PRE-FINALE OUTRO MOMENT

Last night, Raf Simons had an intermission before his finale, and today Virgil decided to stage a sort of short performance before his models re-emerged. First, the lights dimmed and a group of previously unseen models filed out carrying bags that glowed, with a series of fibre optic-esque rainbow lights making up the monogram. On their feet, futuristic trainers – think the self-lacing Back to the Future kind – had tiny TV screens on the tongues that flashed between the LV logo and ‘GAME OVER’. Following the finale, a purple silk-wearing Alton Mason came out to dance, backflipping on the runway several times, which earnt him some well-earned cheers from the audience.

AND... THERE WAS A MEME-READY BAG

Looking like it was straight off @itsmaysmemes IG feed, there was a model wearing a giant backpack, also embossed with the LV logo. Big enough to fit all your emotional baggage, and the kitchen sink, and then some, it’s a meme waiting to happen. Big Sack Energy is more than just a state of mind.