With only a few concise collections under his trademark jumbo-sized belt, Dominican, Brooklyn-born designer Raul Lopez has already entréed an extravagant contemporary omniverse to the fashion conversation. It’s Luar, darling: house mothers, blushing brides, drag queens, Rihanna and even Kylie Jenner have gravitated to the playful radicalism of Lopez’s post-gender, ostentatious street couture, which has baffled and bewitched spectators from the avenues of Inwood to the hallways of American Vogue. The co-founder of Hood By Air, Lopez struck out on his own in the late 00s, honing his label through several iterations, designed between the Dominican Republic and Brooklyn, often off-season and governed by fantasy first. But with Feminine Destruction, his AW18 collection, Lopez raised the stakes by taking his signature crossbreed lunacy (tailored jackets spliced on to pants to form half-skirts) and giving it an uptown sophistication (supple leather trenches) and a dose of ballroom opulence (rhinestones, chandelier earrings, interpolated retail tags galore). In his own words, Lopez takes us through his journey from virgin/beginner to legendary/icon.

Naomi Osaka: ’Being unique is my strength’At just 24 she’s won four Grand Slams, lit the Olympic torch, and changed the way we talk about mental health in sport forever. Hitting back against her critics, Naomi Osaka reflects on the quest for self- worth that transcends trophies
Luar — autumn 20189 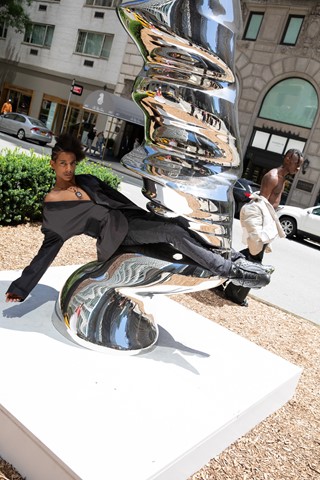 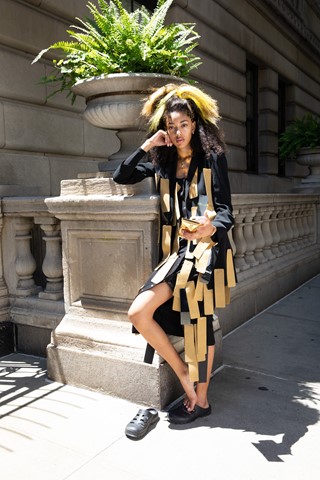 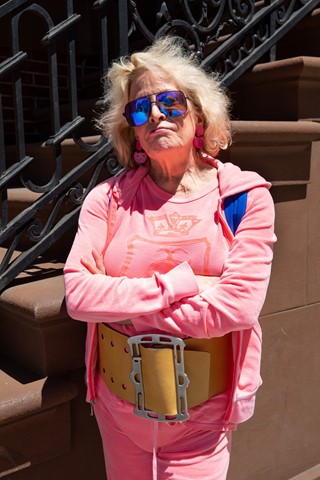 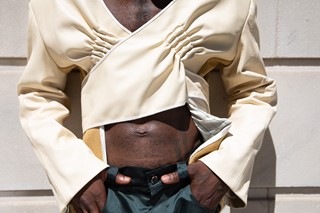 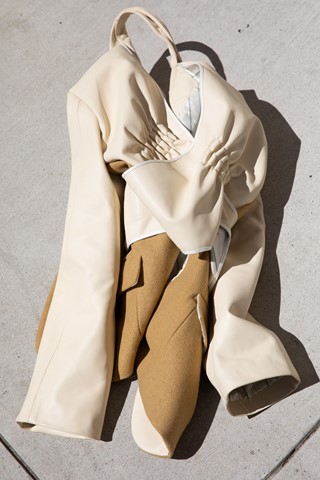 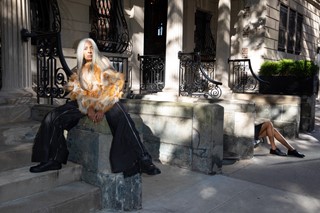 “You’ve got to make people uncomfortable so they can understand you. I think that goes for everything: politics, fashion, and life, period. I learned that from my friend, Federico – this was when I first came out of the closet. He was like, ‘If you don’t make your family uncomfortable, they’re never going to understand. Rub it in their face. Do everything they don’t want you to do; just keep rubbing it in and they will get over it.’ Now my family is the most pro-gay family in the world.

“I was born and raised in Brooklyn. Not Williamsburg – it was Los Sures, ‘The Southside’. It was trash: a bunch of crackheads and prostitutes, drugs and guns. It was crazy! My dad was the superintendent of the building (we lived in), so he did business with the Hasidics. Because of that, I understand that whole culture, and I get a lot of references from it. I thought it was bomb and I love that it evolved, and I evolved. My life has progressed the same way as my neighbourhood.

“There were always artists in (the area), but they were predominantly black, Latin and Hasidic. We were the only Dominican family around, so I was picked on a lot for being Dominican and for being flamboyant. I was so messy. I just wanted to make it hot all the time. I loved gagging everybody... If I wasn’t ridiculed, I would go back home. If I wasn’t laughed at, I would feel like it wasn’t right.

“I used to see Shayne (Oliver) around all the time on Christopher Street. There was this place called Karate Club which had a clubhouse and you would go every Thursday. It would start at 11pm and go until 6am. And it was a ball – this was in 2002 or 2003. I remember seeing Shayne and thinking, ‘Who the fuck does this bitch think she is?’ She has this blonde mohawk, leopard tights and fringe boots, and I’m in a jersey dress with a Louis Vuitton Speedy bag, and my hair is blown out, bone-straight down to my chest. We would always battle each other, but he came up to me one day and said, ‘Hey, I think you have cool style’ and I was like, ‘You too!’ Then we became kinda cool. Time went by, and he told me he was thinking of starting a brand. He was doing his first brand, which was called Cazzi Calore. I would help him with it, and he sold it at A New York Thing (in the Lower East Side). One day he said, ‘I think we should start something,”’ and I said, ‘Yeah, let’s do it!’ We were silk-screening t-shirts on my floor. I knew that it was going to be fab, just because it was so different and people needed that. People needed to be uncomfortable. We were these two faggots, walking into downtown skater parties, wearing skirts... Messy. So funny. Now I see all these dudes and they’re like, ‘Yo, you guys are the original, y’all was really pushing it. Y’all was really trying us. Y’all was the only gay dudes coming in with a fucking skirt and a fitted.’

“When we were getting started back then, if you were in fashion you knew about Seven New York. It was THE store. When we went in with Hood By Air, I remember going to Kinko’s to print out our lookbook. We were walking through SoHo thinking they would maybe buy one of the shirts. We walked in and showed them the lookbook and line sheet. (Joseph Quartana, Seven New York’s proprietor) goes through it, nods his head, looks up and goes, ‘I want everything.’ We thought he was joking, but he was serious! That was our first big moment: ‘I’m in SEVEN!’

“I knew that it was going to be fab, just because it was so different and people needed that. People needed to be uncomfortable. We were these two faggots, walking into downtown skater parties, wearing skirts... Messy” – Raul Lopez

“Hood By Air was definitely a stepping stone for me to get where I am now. There came a point when I realised it was time for me to move forward. I had the blueprint, I’d been through all of the fuck-ups, I’d learned what to do and what not to do. I now knew how to give birth to a baby, nurture it, feed it, watch it crawl, talk and walk, and then watch it run. I still love HBA – it will always be in my DNA. I can never not be attached to it. But I knew that I needed to do Luar.

“Luar, for me, is more personal and autobiographical. There’s still some DNA from HBA. I hate this fucking word, but it’s gender-fluid. Non-binary. It’s a prudish term, but an appropriate one. When I’m designing a collection, I start with draping. I’ll get a whole rack of samples of techniques and forms and I’ll drape and start working with my hands. I never in my life would have thought I’d step into womenswear. A lot of me doing menswear was because I was trying to prove to myself that I was masculine. I want to make clothes that are relevant in the future without falling into a cliche of being ‘futuristic’. In the future, I think it’s going be about a single silhouette that plus-sized or regular-sized women can wear – that everyone can wear. Next, I want to start creating new textiles, new kinds of fabrics.

“I love looking at people on the street, seeing what they’re wearing, seeing what’s cool to them, and then doing the opposite. Everything I do comes from this defence mechanism from when I was growing up in New York. Everybody wanted to ostracise me for being a gay, Latino boy, so I rejected everything they wore. It’s a love/hate relationship, but still very inspiring. To me, I look normal. People ask, ‘You don’t mind people staring?’ No! I’m staring at them. There’s this misconception about what everybody wants to look like. It carries over into what I design. My clothes are a reflection of myself, a more subconscious version of me. I’m obsessed with what everybody hates. I would always go to my best friend’s house, and she was very regular. If she was like, ‘What the fuck are you wearing?’ then I knew it was going to be a hit.” — Raul Lopez